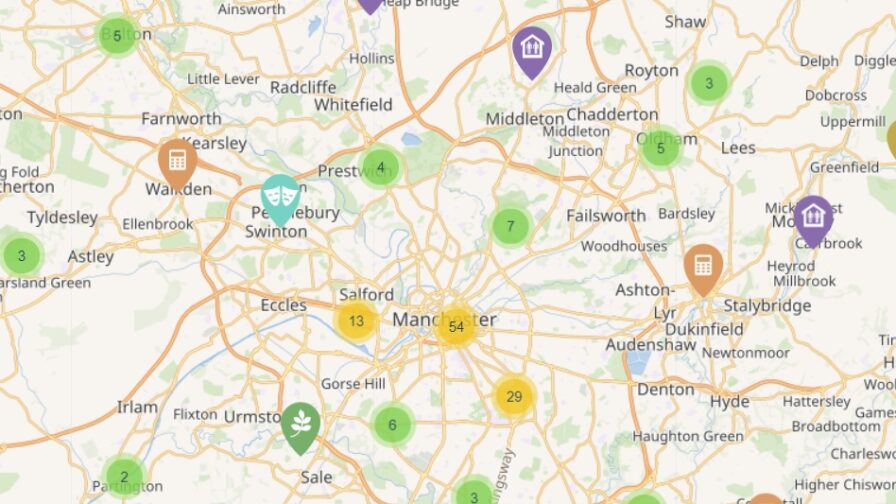 Transform GM – an action research project looking to understand, map and promote ‘alternative’ economic activity in Greater Manchester (GM) –  have just launched a new website mapping the social and solidarity economy (SSE). The SSE is made up of initiatives which prioritise other values over the economic bottom line and, unlike many charities, are sustained financially through their own work and not via grants. Some parts of this economy are quite visible but others are harder to find. We, the project’s founders, started with the hypothesis that the SSE sector already exists as a ‘hidden’ economy within GM, providing sustainable and equitable alternatives for meeting our needs. Our research so far has uncovered around 160 initiatives we think belong within this SSE.

Why does this matter?

The economic growth of Greater Manchester has been narrowly defined for far too long. The common indicators used to measure economic activity – such as GDP – are useful for measuring the economic activity of our region, but they tell us nothing about the quality of that activity. For example, traditional economic indicators could tell us that our region is becoming more productive, but fail to tell us that this was due to the expansion of a hydraulic fracturing industry with a high gender pay disparity and terrible environmental credentials.

However, we all know implicitly that there are different ‘types’ of economy; that there is a difference between a hydraulic fracturing company funded by private equity, and a community-owned and controlled energy company that reinvests profits into the expansion of renewable energy. In other words, we know that a proportion of our economic activity is orientated first and foremost towards environmentally and socially progressive goals, rather than towards profit at all costs.

The SSE has become an increasingly important way of understanding progressive elements of our economy, with both the United Nations and the International Labour Organization (ILO) investing in research and promoting policy to support it. SSE mapping have also been carried out by grassroots organisations previously across the world, most notably in New York, by the SolidarityNYC collective who formed in 2009, and in Catalonia, with the PAMAPAM project.

Barcelona City Council defines the SSE as composed of initiatives that are:

“independent of the public authorities, are governed by values such as equity, solidarity, sustainability, participation, inclusion and commitment to the community, and are promoters of social change’.

We have grouped the 160 initiatives uncovered across Greater Manchester so far into ten different categories, spanning across a range of industries, from ‘Energy & Utilities’ to ‘Land & Housing‘to ‘Spaces, Places, & Hubs’.

Saddleworth Community Hydro, an award-winning co-op based in Oldham, is one of a number of community energy schemes on the map. The project generates enough sustainable electricity to power about 75 homes via the national grid from a cross flow hydro turbine located at Dove Stone Reservoir.

Also on the map, under ‘Spaces, Places and Hubs’, is a social and cultural centre in South Manchester called United Estates of Wythenshawe (UEW). Its facilities include a cafe, gym and dance studio, as well as being home to a number of different social enterprises. UEW aims to provide a centre that is “ designed, built, driven and managed by,” and “speaks the cultural language of”, local people.

Other categories of the SSE activity we have mapped include:

Through producing our map we aim to make the SSE visible. The next stage for us is to investigate the ways in which this sector is connected and co-operating, and what challenges the sector faces. We’re interested in speaking to all the projects already mapped and would love to hear about projects currently missing from it.

Ben Lear is the project manager for Transform GM.

The map can be found at: www.transformgm.org

The Transform team can be contacted at: transformGMmap@gmail.com