Who is this city for? 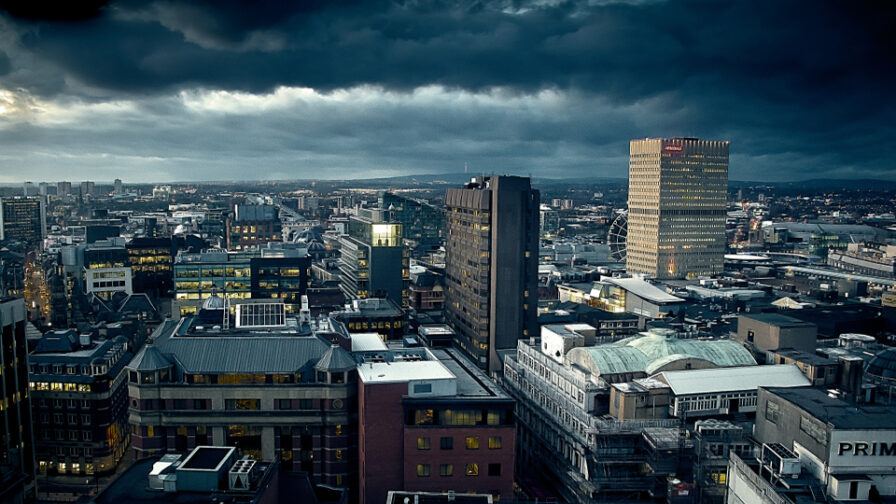 Rochdale Councillor John Blundell, who is a member of the Greater Manchester Combined Authority Planning and Housing Commission, last week published a piece in Manchester Confidential entitled ‘Why foreign property investors are not a bad thing for Manchester‘. We welcome his willingness to participate in public debate about the future of our city region, but on a number of points we at Greater Manchester Housing Action disagree with Cllr Blundell’s position.

What’s the problem with ‘foreign investment’?

Cllr Blundell implies that all those who oppose foreign investment do so on the same grounds that the racist right blame migrants for the strains on Britain’s public services. This is simply incorrect. It is the financialisation of housing – the transformation of people’s homes into the assets of the super-rich – and the impact that this has on society that we oppose. The question of whether this money is ‘foreign’ or not is largely irrelevant – indeed only around 50% of build-to-rent developments are financed by international wealth. International money has only accelerated an already existing trend of build-to-rent and property prices out of reach for locals seeking to rent or purchase.

The construction of large blocks of apartments to rent, financed by wealthy investors, is a relatively recent trend in Greater Manchester. It has resulted in the proliferation of the ‘build-to-rent’ model, where corporate landlords buy up hundreds of flats to rent, whilst holding the apartments as ongoing assets. This has largely replaced the ‘owner occupier’ model of development that was prevalent before the financial crash of 2008. Such properties are often marketed exclusively to investors as assets, and so local residents are unable to purchase them as homes. There are already 10,000 build-to-rent apartments on site or successfully past the planning process in the Manchester alone, with tens of thousands more in the pipeline.

One result of the financialisation of property is the construction of housing according to what is most profitable to investors. Typically, this means closely packed high-rise buildings of one or two bedrooms which are rented at a price way above anything that could realistically be deemed ‘affordable’. The average rent of these new apartments in central Manchester stands at £1230 pcm, far above calculations of affordability based on average income. These developments mean that there is little room for essential social facilities that should be at the heart of every community: green spaces, schools, health clinics, food outlets and corner shops.

Central to Cllr Blundell’s argument is that this investment is to be welcomed as a key driver of ‘economic growth’. We disagree. This property bubble, superheated by international investors, is a process driven by profitability rather than social need. Manchester city centre is now seen as a property ‘hotspot’, with yields on build-to-rent for investors among the highest in the country. This large scale investment is leading to the financialisation of land and property in the city. This will lead to the displacement of communities as they are priced out of their homes and in communities such as Hulme, Ancoats and Ordsall this is already happening.

Much of the framework concerning development and house building are set at a national level, and Blundell is correct to say that to an extent local government’s hands are tied on the issue. Likewise, blame for the impact of changes such as Universal Credit and an inability to clamp down on the unstable zero hour contracts should be laid squarely at the door of the Tories. But the picture that is painted by Cllr Blundell of local government unable to effect anything is patently false.

It is the prerogative of councils to enforce Section 106 agreements, and force developers to provide affordable homes in their development or provide funds for their construction elsewhere. Too often in Manchester, for example the ‘Circle Square’ development at the former BBC Oxford Road site, the council has chosen to waive this requirement.

There is also an issue of transparency – developers are not obligated to meet Section 106 requirements if they stand to make less than 20% profit. However, the calculations to judge their viability are completed in secret and without public scrutiny. Should the city council wish, they could follow the councils of Islington, Greenwich, Lambeth and Bristol and force these viability tests to be made in public.

You don’t even have to look as far away as London to find an example that disproves Cllr Blundell’s view that councils are effectively powerless. Here in Greater Manchester itself, over the last year Salford City Council under the leadership of Paul Dennett has begun to push to use the limited powers available to deliver an agenda that puts social and affordable housing at its heart. While only representing a start, these plans demonstrate an important point – that the housing crisis will only be solved with political will.

Additional powers over home building have been granted to the city through the devolution package and are in effect across the city region. Cllr Blundell mentions the £300m Greater Manchester Housing Fund, but we must ask why this public money being used to fill holes in the financing of luxury flats? One recent example is £22.5m of the fund spent to part finance the Blackfriars development, marketed exclusively in Hong Kong as an opportunity for “investors to secure their portfolio”.

Andy Burnham during his mayoral campaign called for this money to be redirected to social housing and we support this call. It is a political choice of local government to decide where this goes, as it is with significant aspects of housing policy more broadly.

Who is this city for?

Right now Greater Manchester is witnessing one of the greatest transformations of its history. But it is not the type of change we want to see: whole areas of the city are being reshaped, heritage and public assets are being demolished or transferred to private hands, communities are being displaced and developments are continuing apace.

There remains a fundamental lack of democratic oversight over what goes on in our public spaces. It feels as though the city is being held at the behest of the interests of investors, and our local government leaders are either powerless, or unwilling, to provide any challenge to this.
So, who is our city really for? The current planning frameworks favour developers and their corporate investors. This short sighted approach will lead to the proliferation of housing that won’t meet existing social needs, and will radically reshape the city – displacing communities and exacerbating widening inequalities.

But it doesn’t have to be like this. The form which development in our city takes is inherently political, and as such is governed by political choice. If our local government wanted they could do it differently. They could act to reduce the excesses of the free market, enforce social obligations on developers, insist on the construction of affordable housing and explore options for council and community owned housing alternatives. Where powers exist they could get to work straight away, and where they do not they could campaign for further devolution of significant power.

This city could be run in the interests of its citizens – those who have lived here their whole life, and those who have moved here to start a new life – if only there was the political will. Given that Greater Manchester is undergoing historic transformation, it is vital that housing policy changes direction now. If not, we run the risk of the city being transformed into a playground for the financial interests of the super-rich, at the expense of everybody else.