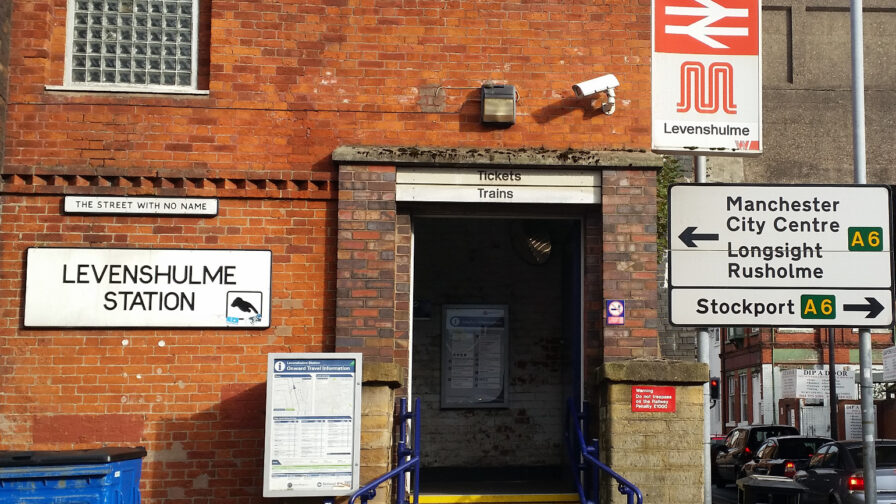 Citizens of Levenshulme who banded together in order to create a Neighbourhood Development Plan are extremely disappointed with Manchester City Council’s (MCC) poor efforts in processing their application. MCC are legally obliged to give a decision on the proposals 13 weeks after they are submitted.  Nine frustrating months later the people of Levenshulme are still waiting.

Neighbourhood Development Plans (NDPs) were introduced by the Localism Act 2011. They give communities the right to shape the development of their area through a democratically agreed plan and subsequent Development Orders. A neighbourhood forum and designated boundary area must first be agreed upon by the residents of Levenshulme and the local council. Then the NDP that is subsequently produced supplements the Local Plan for the area devised by the local authority. The plans cannot block development already in a Local Plan, but once accepted an NDP is legally binding.

Maria Van Elk has been working on setting up the Levenshulme Neighbourhood Planning Forum (LNPF) since July 2014. An initial meeting of around 50 people enabled a steering group to be set up. They then set about collecting as much information as possible from local residents, asking them how they would like Levenshulme to develop and which areas they considered to be Levenshulme; an essential question as there are no officially recognised boundaries for Levenshulme.

Over one hundred people signed up to be part of the LNPF. During a meeting to agree on the proposed boundary there was a unanimous decision on the area to be submitted to the council. The submissions process for the LNPF boundary and forum proposals was completed in January, which gave the council 13 weeks from that date to make a decision.

The decision on the boundary and forum should have been made in the council scrutiny committee meeting in March, to keep within 13-week deadline. It didn’t happen, and April also passed with no progress. Van Elk says:

A couple of days before the meeting Van Elk received notification from the council of a drastically reduced neighbourhood area, a narrow strip along the A6. But the council’s proposed area didn’t make any sense, according to Van Elk:

We don’t have any members living on the A6 itself, because it’s all shops… We don’t live there so why would we even consider putting a neighbourhood forum in place.”

A discussion between LNPF members and council officials on the proposed A6 strip failed to uncover any reasoning behind their decision and revealed the council were determined not to alter their proposal.

The Scrutiny Committee meeting in July proved inconclusive. Van Elk and her fellow residents were determined not to accept the nonsensical A6 strip offer. And, due to the council proposing a new Neighbourhood Forum Policy on how to respond to NDP proposals during the meeting, Levenshulme NDP members agreed to a further postponement of the decision.

Hopes were raised in Van Elk and her friends when a meeting was arranged with the Leader of MCC Richard Leese, to supposedly discuss the boundary designation for the NDP. But the meeting was a disappointment, according to Van Elk:

“So that was basically the whole hour: what, why and how the council was going to listen to community… But they didn’t want to use the forums.”

The already existing mechanisms Leese promoted over NDPs is the Our Manchester strategy. Van Elk is not impressed:

He came up with something that doesn’t have any strength, no legal binding… It’s just a strategic idea that Manchester wants to develop over the next ten years… It’s a bit like the District Action Plan, but how much is happening it? And how much benefit do we get?”

They are working very hard…

Peter Naughton is a resident of Levenshulme and a member of the LNPF steering group. He is frustrated by the councils handling of NDPs and thinks that they basically “don’t want it”. He dislikes the “fancy words” emanating from the Town Hall, and thinks the councillors are in their own regional version of the Westminster bubble, describing them as being “cocooned” away from real life in Manchester’s districts. Naughton said:

They are working very hard to make sure it doesn’t happen. If they put the same effort into making it happen, it would all have been put through by now.”

Castlefield is another area that has submitted proposals for a forum and boundary to MCC. Naughton attended the council meeting in September where Castlefield’s application was discussed. He praised their presentation to the council, and reported that they were having similar issues in getting the council to accept their proposed boundary for the NDP.

Van Elk says the Castlefield application also received similar treatment to their own, with Castlefield being notified of council proposed boundary changes “two days” before the meeting; giving them scarce time to prepare a response and check legal issues. She thinks the decisions made on Castlefield’s NDP proposal may form a precedent for future decisions.

Other councils are accomodating NDPs, why not MCC?

The councils attitude towards NDPs is “oh, it is only for parishes and rural areas” says Van Elk. To counter this she sent them examples of other urban councils encouraging the setting up of NDPs such as: Leeds, Birmingham and London. Naughton believes he knows why MCC are not keen on adopting NDPs:

Manchester Council is obsessed with power… Anything that runs counter to the council’s absolute power, they just don’t want to know. It’s a threat to them.”

A number of meetings have been held with the applicants [LNPF] to understand the group’s objectives and their reasons for proposing the neighbourhood planning boundary that they have identified. The Council approved a policy framework in September… The Levenshulme application will be considered against this framework at a forthcoming meeting of the Council’s Executive. The Council is keen to work constructively with the Forum and to find the best way of achieving the group’s aims”.

Last week, Van Elk received a second MCC proposed Neighbourhood Area. A bigger area than the last one but still far short of the one submitted and not big enough to tempt the LNPF steering group into accepting it.

A meeting between Levenshulme NDP members and the council took place last week to discuss the newly proposed Neighbourhood Area. The council stated they had based their new area on the size of population it included of around 1200 residents. But neighbourhood forums have been accepted with far higher populations than this. Winsford in Cheshire has a designated neighbourhood boundary containing over 30,000 people. Van Elk explains:

We aren’t happy with the exclusion of a large part of our area. A neighbourhood is defined by geographical boundaries and the sentiment of where you live.”

Another option has opened up for the group due to new legislation being introduced aimed at speeding up council decisions on NDPs.

The new legislation says that if a decision has not been made by the council after 13 weeks of the forum and boundary proposals being submitted, then the boundary area and neighbourhood forum is automatically accepted. However, to make use of this new legislation the LNPF members would have to submit another application, as their current one was submitted before the legislation came into effect. The steering group are considering the possibility of running two submissions simultaneously.

The LNPF steering group are planning a meeting early in November to determine their response to the council’s proposals. They encourage all residents of Levenshulme to come along and get involved in this local democratic initiative, and help plan and build a better Levenshulme.

UPDATE:
-The next meeting of the Levenshulme Neighbourhood Planning Forum will take place on Wednesday 23rd November 2016, 19.30 at the Klondyke Club (1 Burnage Range, off Albert Road). The meeting will be to agree a position on Manchester City Council’s proposals to the area. The group are encouraging residents to attend this meeting.