By Guest Writer | 1 August 2019Friends of The Meteor 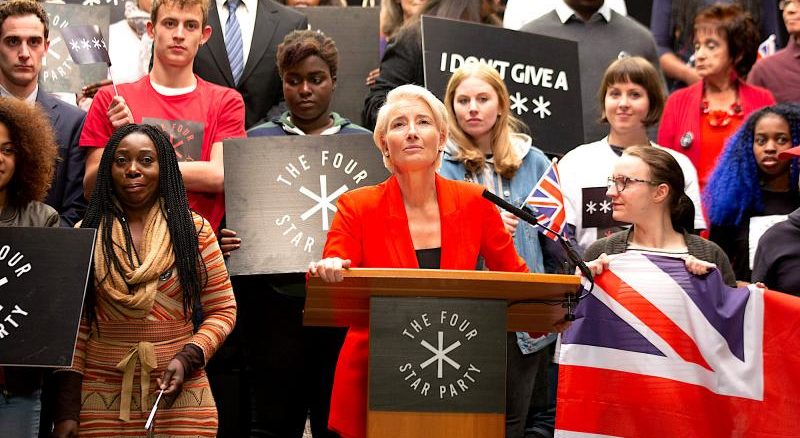 Every so often a show seems destined to become the king of workplace chat, something with such universal appeal that it becomes the perfect icebreaker for those awkward moments you’re forced to talk to that guy you’ve worked with for 6 months but somehow never spoken to.

For a long time Game of Thrones held the crown: even those who don’t watch it always had a bit of patter ready about why (“Why would I wanna watch Lord of the Rings meets Spearmint Rhino?”). In its aftermath a few others emerged, like Fleabag, and most recently Years and Years, a grim near-future sci-fi from former Dr Who writer Russell T Davies.

The show pulls you in straight away — I watched most of the series in one go. In essence Davies has created a more plausible than usual premise for an episode of Black Mirror – and allowed it space to develop over an entire series. Years and Years follows a tight-knit family of middle class Mancunians as their fragile sense of how the world works is completely swamped by the events of the next decade.

Trump launches a nuclear missile at China, the populist right gain power across the world, technology very suddenly raises existential questions over what it means to be human, and the refugee crisis deteriorates rapidly into life-and-death games of cat and mouse across borders. In the background, Davies’ villain creeps slowly forward — a homely, straight-shooting, humorous fascist called Vivienne Rook, promising to sweep away a tired and corrupt establishment in the name of common sense and ordinary people.

These events are gripping to watch, and quite clearly reflect a worst-case scenario of how real developments in our world could go. What the show is missing, however, is any sense of what could be done if the world does indeed pitch in that direction. Like his central characters, Davies is a kindly, middle class liberal, and his show is in many ways a wail of anxiety about how powerless these people feel in the face of events. This is absolutely reflective of the world we live in — liberal ‘progressives’ across the world are still stunned, for example, by the election of Donald Trump, convinced that only the stupid or irrational could put such a dismal, evil man in charge. They still can’t grasp any of the dynamics that got him there.

Davies has his characters sound out several liberal tropes – the stupidity of Brexit, the gullibility of ordinary people, and even the suggestion that democracy cannot work because people are not logical enough to use it wisely. His characters are sent into similar anxious meltdowns over the election of far-left governments, backed by a flimsy and adolescent sense that “if you go far enough left or far enough right… eventually you meet in the middle” (this is presented as a profound and original thought).

In a sense you can’t fault Davies for all this. He’s voicing the neurotic worrying that is the hallmark of people in his social position — it’s no accident the Guardian and the broadsheet media in general gushed over the show. Davies means well,  but absent is a different perspective, a working class perspective. One that isn’t frightened of ordinary people or which sneers at them, but instead understands that power ultimately rests in their hands, if they decide collectively to use it.

Those of us from that class know well that it’s people like us who make the world go round, and as such we alone can face down the challenges that Davies presents. With that knowledge comes the end of the paralysed hand-wringing and worry Years and Years is built around, because despite the scale of the problems we face, a clear route through them is visible, and potentially achievable through our actions – and for that, there’s no time like the present.

Years and Years is available to watch on the BBC iPlayer