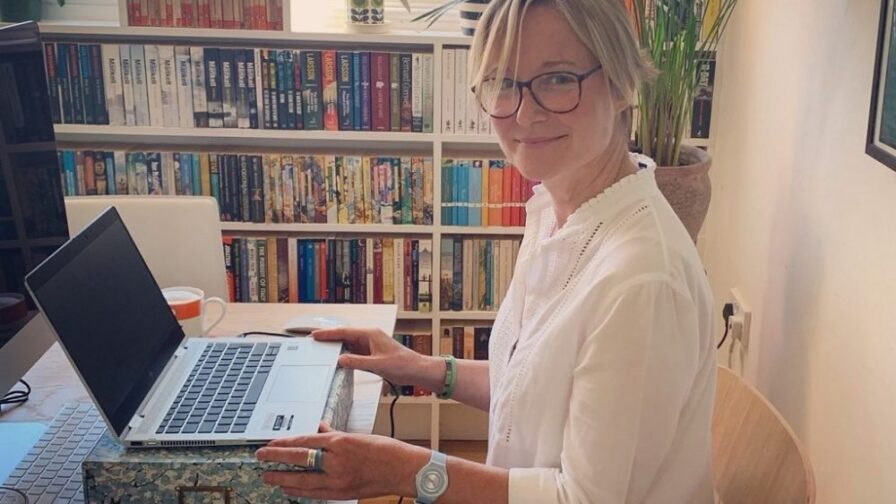 Place North West editor Sarah Townsend interviews Louise Wyman, strategic director of growth and development at Manchester City Council, on her plans for development and placemaking in the city.

Louise Wyman, strategic director of growth and development at Manchester City Council, is embarking on the biggest placemaking rethink the city has seen in years, to include a heavier focus on design, public realm and “spaces between buildings”, and a shake-up of appointed consultants to improve competition, reports Sarah Townsend.

“I’m privileged to be in this role, and I will do my best to follow the fantastic legacy [built by previous council decision makers]. But I want to do this with a view to fostering diversity and inclusion, and we will need to look at our processes,” she told Place North West in her first media interview since taking the reins from former development director Eddie Smith in June.

“I will definitely champion public realm,” she added. “I am trained to design everything other than buildings, and there is so much more we can do here if we ask the question, ‘What will Manchester look like in 2050?’”

A qualified landscape architect with a masters degree from Harvard University, Wyman joined Manchester City Council from the West Midlands Combined Authority, where she was director of design and development. She is a member of the Design Group of the National Infrastructure Commission, and previously held posts at Government body Homes England and its predecessor the Homes and Communities Agency, including as large sites lead for 13 years.

She began her career in the private sector, first as a development surveyor at agency Cushman & Wakefield Healey & Baker, and then as senior masterplanner at Hart Howerton.

“I’m quite commercial in my background but I wanted to do more with ‘place’ in a broader sense, so retrained as a landscape architect,” she said. “I’m often thinking of cities as landscapes, and Manchester is quite spectacular in that way.

“This [design-led] focus – choreographing spaces and buildings – will be a big part of how I approach the role.”

Her words will likely come as a breath of fresh air to Manchester’s critics, many of whom have argued that the city’s laudable focus on economic development, job creation and attracting foreign investment in recent years have come at the expense of promoting varied architectural aesthetics and sustainable place making.

“In 20 years, Manchester will be one of the UK’s least attractive cities due to the poor quality of what has been built.” This comment from a Place North West reader has been echoed and preceded many times by similar views. Yet, the city’s construction boom and “zeal for the future” – another commentator – shows no sign of slowing down.

To find out more about Meteor Community Membership – click here

‘The living rooms of the city’

Wyman will not be drawn on which aspects of design and development she feels Manchester has got right, and which she thinks needed greater care, other than to say that there is a huge opportunity to rethink the city’s public realm.

“It’s the connective pieces – the cycleways, walkways, pavements and parklets – making sure they work well and look good; making the spaces between buildings, and creating spaces where people feel welcome. All of that is so important because these are the living rooms of the city,” she said.

Much of this work is “relatively inexpensive”, but more important than ever in the aftermath of the pandemic, when people are returning to city centres with fresh eyes and expecting a greater emphasis on health, wellbeing and ease of movement.

“During lockdown, we prioritised health matters [closing shops, restaurants and offices], but how do we bring people back to the city centre in the safest way possible, and choreograph that with other placemaking efforts going on?”

Readers can expect renewed momentum on improving Piccadilly Gardens, the public square close to Manchester’s main train station, because “it’s one of those spaces that looks a bit tired now and I’m keen to encourage investment [in it]”, Wyman said.

The council is working with studio LDA Design on proposals to redesign the gardens, and last month submitted an application to demolish part of Japanese architect Tadao Ando’s concrete wall, as the first stage of work to revamp the square that has become a hotspot for antisocial behaviour, drug abuse and brawls.

Wyman also intends to remodel and enhance the city’s waterways. “If you look at other cities in Europe that have such intricate waterways, it’s clear that we could do more with our canal routes.” During lockdown, she heard about people navigating the canals around Ancoats in kayaks – “an amazing way of getting around”, she laughs.

Promoting cycling and installing new cycleways across the city is another priority. “Manchester is a radial city with multiple routes going in and this ought to be an advantage,” she said. “Lockdown has shown the scale of demand for cycling nationwide – you can scarcely buy a bike right now, retailers are out of stock!”

However, the council came under fire from local councillors and members of the public for failing to include detailed proposals for additional cycleways in its £600,000 bid to the Government’s Emergency Active Transport Fund, coordinated by the Greater Manchester Combined Authority last month.

Wyman told Place North West that closer collaboration between the city council and the GMCA is crucial, and she hopes that her experience at Birmingham’s combined authority will help in this aim.

Reworking offices so that they fall “somewhere between events space and workspace”, and repurposing heritage assets are also high on her agenda. “Manchester is fortunate to have some stunning civic buildings and I’m a big advocate of adapting assets, particularly in an economic climate where we have to do more with fewer resources.”

Intelligent urban planning, according to Wyman, is about the interplay between the bird’s eye view of a situation or place, and the magnifying glass view. “It’s that constant shift between large-scale and small-scale,” she said.

Her ideas will influence Manchester’s planning and development policy across three main documents. These are the local plan, which is being drafted and sets out land use allocations and housing delivery numbers for the years to 2035; the updated Manchester Industrial Strategy, which was drafted last year with the intention of developing a more inclusive economy and which Wyman intends to refresh; and the Our Manchester Strategy, a blueprint for a healthy city drawn up by Joanne Roney, the council’s first female chief executive, appointed in 2017. Wyman will also help the city achieve its goal of becoming zero-carbon by 2038.

In addition, she will oversee the frameworks for regeneration zones being developed and implemented across the city, from the Northern Gateway, to what the council describes as the ‘Eastern Gateway’ – the swathe of land that stretches eastwards from Piccadilly Station and the £1bn Mayfield Depot redevelopment (“Manchester’s Kings Cross Central”, Wyman said), to Eastlands, where the Etihad Campus is located.

Wyman is also working with advisers on an updated economic strategy that will inform a detailed funding proposal to Whitehall ahead of the next spending review in the Autumn. This will be a “significant” bid, she said – larger than the council’s £1.5bn submission to the Government’s fund to support ‘shovel-ready’ projects earlier this month.

“In terms of bidding, it’s fascinating to be at the other end of the telescope – I sat on the other side of the fence at [Homes England], and, yes, our next bid will be a significant ask in response to the time we find ourselves in.

“Like all local authorities, our resources have been significantly diminished during the pandemic and our economic challenges are profound.”

It has been three years now since the departure of Manchester’s former chief executive Sir Howard Bernstein, who held the post since 1998 and oversaw what many people view as the city’s first wave of modern development, prompted in part by the destruction caused by the IRA bombing in 1996.

Wyman said she was attracted to work in Manchester because of the “can-do attitude” that Bernstein and his colleagues fostered. “[Manchester] is a social and economic engine that has dealt with all sorts of adversity over the years, and its leadership are to thank for that.”

But there are some things she wants to change. One of them is the lack of diversity in the council’s approach to design and procurement. In property circles, Deloitte Real Estate and SimpsonHaugh have long been perceived as the council’s preferred partners for major schemes as the planner and architect respectively.

In reality, the market has expanded considerably in recent years, yet the unhelpful perception of a ‘closed shop’ for less established firms remains.

“Sometimes you get more diverse and younger businesses involved at the start of the process to generate ideas, and then you put a different, more established operational team in place to crank out the buildings. We can look at adapting the process a bit,” Wyman said.

She added: “I am a real champion of diversity – and that means using businesses that are not just white, middle-class, and middle-aged.

“We can do so much more in this space to help new businesses shine. There is real talent in our local design schools, and we’ve got to find a way of working with them.”

No planning committee decision “will be taken behind closed doors”, in the council’s quest for greater transparency and inclusion, Wyman added, and any diversity drive will not be limited to procurement, but extend to all aspects of policy she spearheads.

“I want to look, fundamentally, at what we mean by ‘inclusive’ and how do we create a truly inclusive city.”