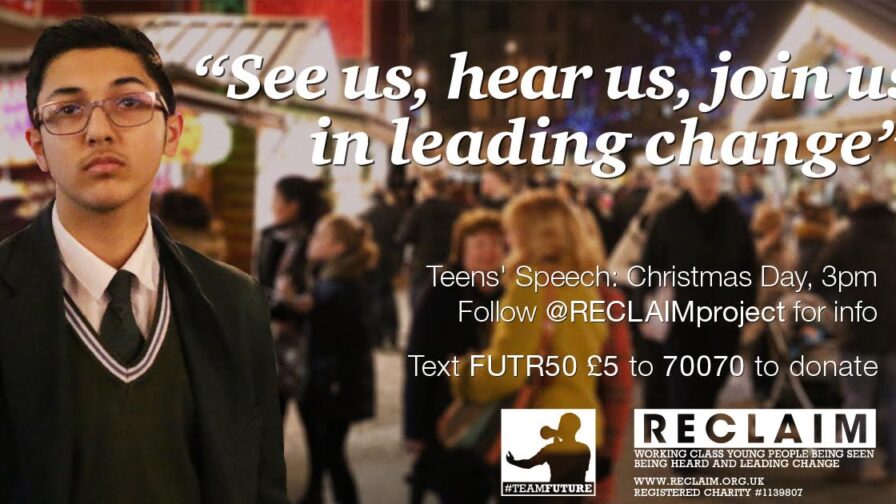 Those who sat down to watch The Queen’s Speech after their Christmas dinner yesterday heard Her Majesty speak of the value of doing “small things with great love”. The speech, which aired at 3pm on BBC One, ITV, Sky 1 and Sky News, used the airtime to acknowledge Britain’s “unsung heroes, whose quiet dedication makes them special.”

But at the same time, a group of Manchester teens took to YouTube to give their own public address, making their voices heard:

This year’s Teens’ Speech is part of RECLAIM’s #TeamFuture campaign, which is calling for “bold, ethical and hopeful political leadership.” The campaign aims to “demonstrate that great leadership comes from both country estate and council estates” and “widen the spectrum of those who both guide and enter the UK’s political leadership.” 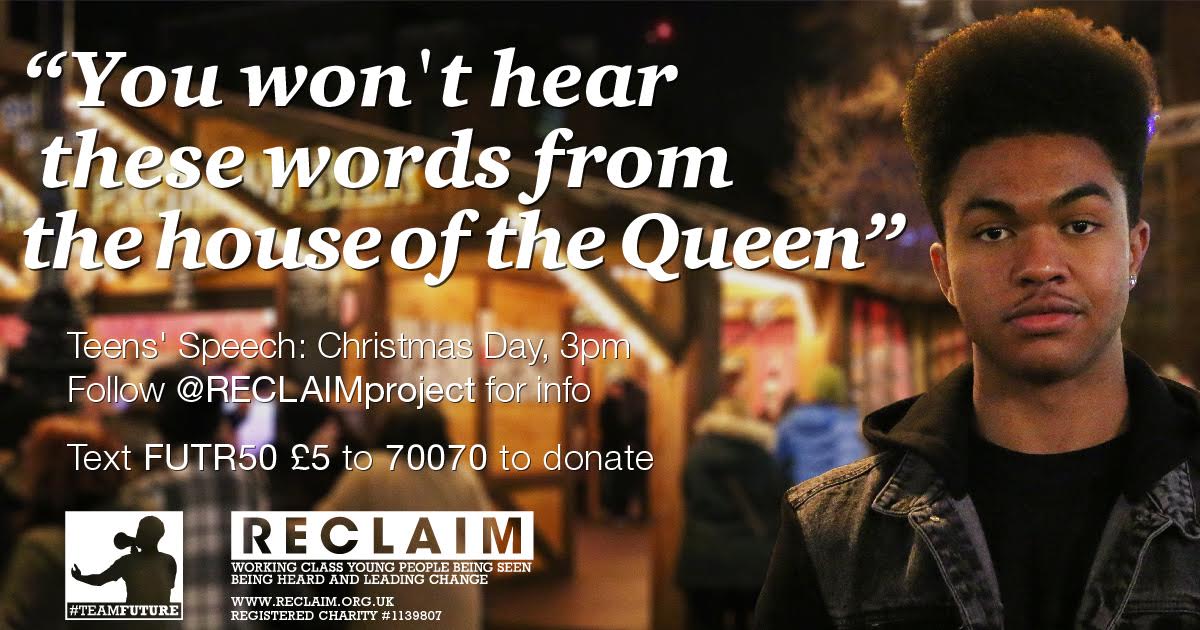 The young people involved have shared their perspective on 2016, a year that many are eager to see the back of. The film addresses issues such as the murder of Jo Cox, the refugee crisis and public divides, as well as describing world leadership as feeling “distant and self-serving.”

But hope is offered by the young campaigners, who state in the film “we have work to do,” and name themselves as “the leaders that society needs most.”

Elijah, 16, explains why he’s involved in the campaign: “My motivation to change the world is based on living through the challenges and hardships I’ve faced. I intend to go as far as I can with no limitations, and to take others with me.”