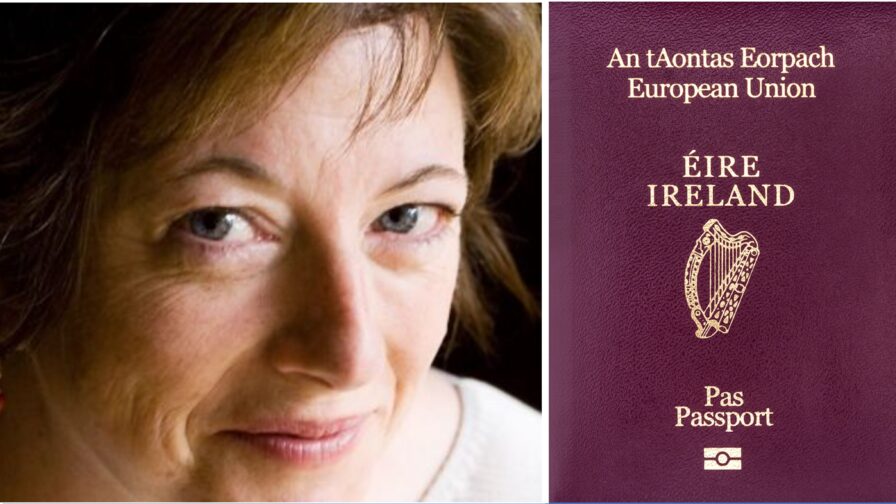 Inspired by Article 15 of the Universal Declaration of Human Rights, Vona Groarke created this poem for inclusion in A Poetic Declaration, commissioned for the Ripples of Hope Festival at HOME in Manchester, in September.

Vona Groarke is an Irish poet with eight published poetry collections to her name, who teaches at the University of Manchester. Vona’s poem was inspired by Article 15 of the Universal Declaration of Human Rights, which codifies the right of everyone to have a nationality, which they cannot be arbitrarily deprived of. Vona Said:

“Nationality can be a tricky concept to pin down, especially for those of us who live in a ‘foreign’ country. We adapt, of course, but something of ourselves is reframed in the process. My poem, ‘The Passport’, thinks about the slippage between the absolute facts of our nationality, (as defined in our passports), and our feeling about what national identity is and can mean in terms of life choices, habits and sensibility.

“I chose this Article 15 because, as an Irish woman who has taught in the U.K. since 2007, my sense of nationality is a living concern. Am I more Irish when in Ireland? Is my Irishness a matter of the fact of my passport or, more fundamentally, of my whole way of being in the world? Am I an ‘Irish poet’? At a time when ‘nationalism’ seems a fraught word, I wanted my poem to think about national identity in a more sensitive, subtle way, engaging with both narrative fact and speculation; with certainty and doubt.”

“Unless nationality is a feeling, what force can it have as an idea?”

Vona has published eleven books with Gallery Press including seven poetry collections, (the latest being Double negative, 2019): a prize-winning Selected Poems (2016); and Four Sides Full (2016) – a book length personal essay on art frames, ageing and much else. Her translation of the eighteenth-century Irish poem, “Lament for Art O’Leary”, was the basis of an opera by composer Irene Buckley. Former editor of Poetry Ireland Review and selector for the Poetry Book Society, she was a Cullman Fellow at the New York Public Library, 2018-19.

She teaches at the University of Manchester and otherwise lives in Co. Sligo, in the west of Ireland. Her eighth poetry collection, Link, an experimental hybrid of poems and prose was published in October.