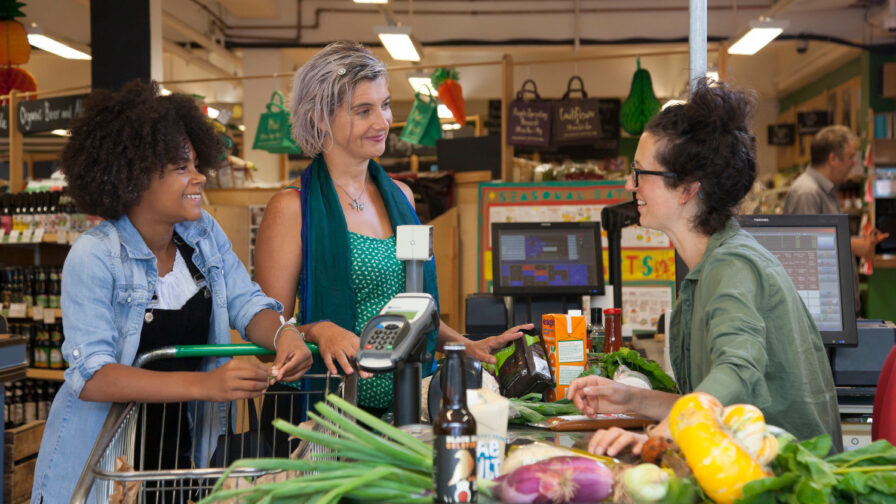 In the heart of lively Chorlton-cum-Hardy you can find the fabled unicorn. This particular specimen is no mono-pointed myth, it is the thriving Unicorn Grocery Workers’ Cooperative. A member-run supermarket selling affordable, wholesome food, with a focus on organic, local and fair trade produce.

Located on Albany Road and run by it’s motivated worker-owners, the Unicorn provides a wide range of wholesome, tasty food, sourced with care and sold at affordable prices.

Their commitment to providing good food and excellent service was recognized in 2017 when they were awarded the “Best Food Retailer” prize at the BBC Food & Framing Awards. In 2016 they were named the “Best Independent Retailer” by the Soil Association.

By trading responsibly to create community wealth rather than shareholder wealth, the grocery challenges the traditional model of business ownership. Showing that a worker-owned business with the values of community, democracy and environmental stewardship at its heart can provide a genuine alternative to the many corporate supermarket’s seen on our high streets.

Registered as a co-op in 1996 by a small group of people committed to social change, Unicorn currently has 68 members. Co-op member, Debbie Clarke, answered The Meteor’s questions about why they set up their co-op and what the benefits and challenges are of being part of it:

Why did you set up the Unicorn Grocery Workers’ Co-operative?

We were fed up, both with the mass-produced food they found at the supermarkets and the expensive offerings of most small health-food shops. Adam York, Griff Dines and Ian Browne started talking about creating some kind of alternative way back in 1994.

The Daily Bread co-op in Northampton provided a practical inspiration and a great source of information. Their discussions became more serious in early 1995, when a business plan was produced that set out their vision for a radically different kind of shop. It was the kind of shop that they wanted to shop in themselves; a place where wholesome tasty food, sourced with care, would be sold at affordable prices; a shop owned and run by motivated owner-members with a shared social and environmental agenda.

Have you faced any challenges as a co-op?

Of course! There’s really too many to mention, but to name just a few.

Our founders struggled to convince lenders that a plant-based supermarket with no boss and no hierarchy would ever be viable. A specialist co-op lender – Co-operative & Community Finance – ended up playing a key role in getting us the finance we needed to get it off the ground.

For the first decade or so we really had to fight to break the association in shoppers’ minds between organic healthy food and premium prices. This is still present for some that don’t shop here often but regular customers know it’s not so!

Recruiting new members is also a challenge. This job is like nothing else and we look for an unusual mix of skills and abilities. We welcome anyone who’s as skilled at stacking shelves and serving customers as they are at evaluating business systems and driving forward positive change (co-operatively!) – but it’s not always easy to know all that from an application form!

Sustaining our growth through fast-increasing sales is always a challenge. We also have to constantly reorganise our management and governance systems as the co-op’s membership grows, to maintain a flat democratic structure which is, at the same time, effective and dynamic.

We have to work hard to get the right balance in terms of who makes what decisions. Nearly all decision-making is devolved to small groups but even so, there’s often been a tendency to bring too many things to the whole group in an effort to be “democratic”… actually there’s nothing much democratic in asking people to make decisions on things they’re not sufficiently informed about!

We’re focusing now on making sure our overall direction is clear and we’re all signed up to it, then trusting smaller groups of people to make informed decisions within that framework. Everything’s open book here, so that transparency helps a lot with trust and accountability. 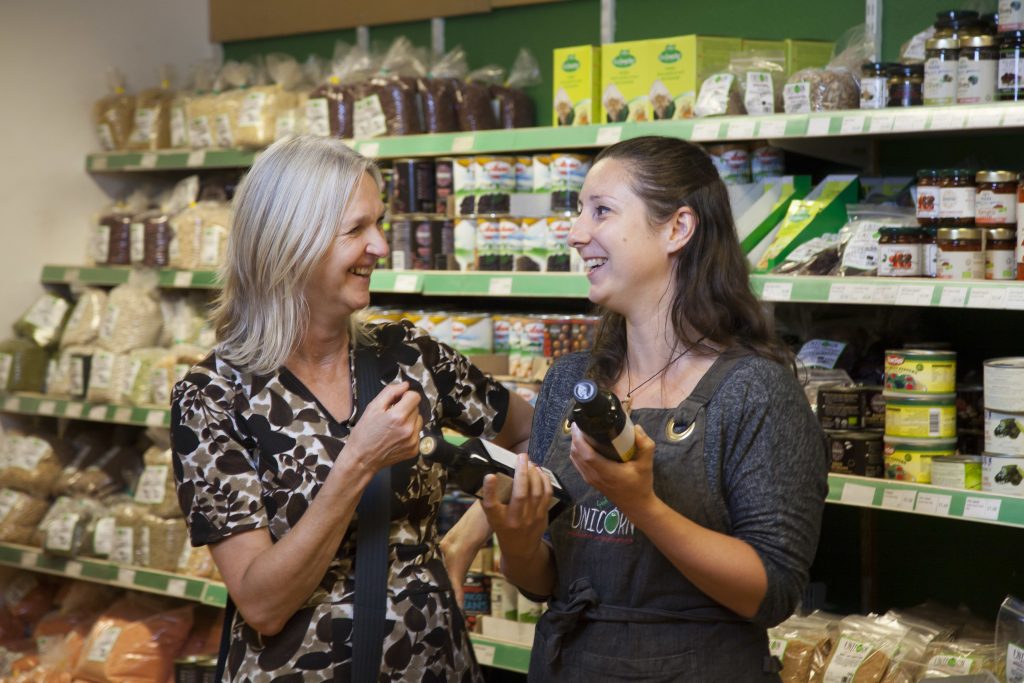 Do you think Manchester is a particularly co-operative place?

Yes, but we would love it to be even more so!

What is your vision for the future of Manchester’s social solidarity economy or network of co-ops?

We’d love to see more and more worker co-ops springing up to meet local needs and pursue the common good. Rochdale was the birthplace of the co-operative movement; wouldn’t it be amazing if it could be flooded with co-operative solutions to meet our daily needs like food, transport, social care or education?

We’d also love to see other people replicate our model in other parts of the city and grow their own groceries. We have put together a free guide designed to help people establish their own co-operatives.

How do you think a media co-op could serve Manchester’s network of co-ops and its wider social solidarity economy?

Inspiring and supporting folk to set up worker co-ops! Or to convert existing businesses into co-operatives in instances where owners are retiring or looking to move on. There’s a big Co-ops UK campaign on this. To do this there needs to be much more engagement with the public of what worker co-ops are and their huge potential to create decent, empowered work and meaningful livelihoods (and, ultimately, to bring down late stage capitalism). That’s where The Meteor comes in I guess! It’s a case of raising the profile of the co-operative model, and ultimately making them relevant, exciting, and understood.

Why should people in Manchester join your co-op or support their local co-ops?

Worker co-ops operate within the confines of capitalism, but they pose an explicit challenge to it. They completely turn around the relationships between ownership of production and the extraction of profit. They allow those without capital to become business owners, and they strive to build community wealth in place of personal wealth, meeting common needs and creating common good – not just seeking to maximise profit. A more co-operative economy, in which there is more respect for people and planet, would be a more equitable one. Who doesn’t want that?

This article is part of a series called ‘Co-operative Manchester’, which is investigating the past, present and future of co-operatives in the city and the surrounding region. The series aims to increase public understanding of the part co-operatives can play in building an ethical economy and stronger communities. It will also highlight the great work individual co-operative’s are doing across the city, and mark The Meteor becoming a media co-operative this year.