The light and dark of Manchester Day 2018 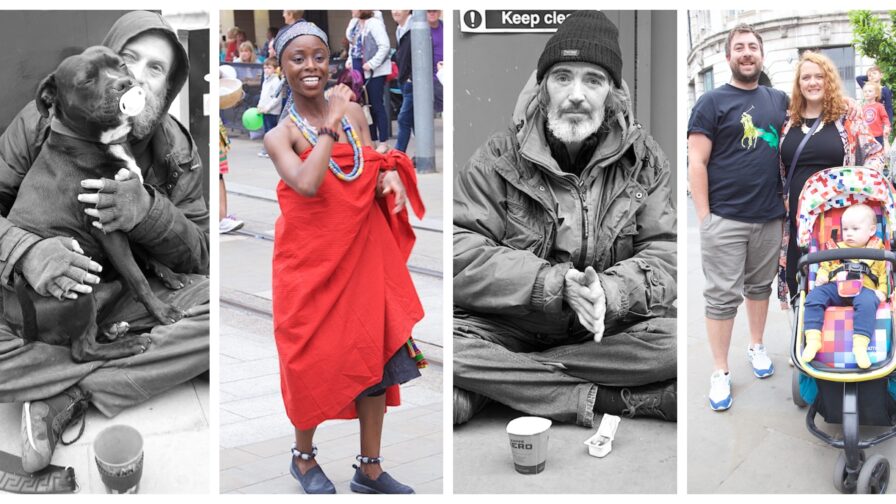 This time last week, thousands of people had descended into the streets of Manchester to celebrate Manchester Day 2018 as a parade made its way down Deansgate then onto Albert Square.

At this fantastic annual event, wonderful sights and sounds could be seen and heard all around the city centre and beyond. The floats gleamed with bright multicoloured costumes,  representing the many different cultures of this great city.

All day the streets were buzzing with this event, which was great business for the bars and the restaurants nearby. The crowds were entertained by an array of performers of all ages, including students from the Royal Northern College of Music, who put on some great music to complement the exhibits.

But now that the music has faded and the confetti has been cleared away, some of the festival’s attendees still remain in the city centre. Attendees who were there not for the enjoyment of Manchester Day, but out of necessity, because that is where they usually are on a Sunday afternoon.

It was a jarring contrast to observe on such a celebratory day – the increasing number of homeless people we have become so reluctantly used to seeing in Manchester’s city centre, in the same line of view of all of this community spirit and artistic quality.

A particularly poignant moment of the day was captured by The Meteor, with an image of a young man being attended to by paramedics for what appeared to be a spice overdose. The scene unfolded on the parade route itself, while its audience stood with their backs to the incident and watched the performances passing by.

After interviewing several homeless people elsewhere along the parade route, asking them how they felt about the day, the overall reply was pretty much the same: “another day at the office.”

With more than a 40% rise in rough sleeping in Greater Manchester last year, for many, it may seem there is very little to celebrate. But from interviews with the families there on the day, the value of these events in bringing people together is clear.

While providing a stark contrast to the problems of our city, events like Manchester Day also give us a glimpse of what Manchester is capable of achieving. So why can’t Manchester City Council, and all of those involved in the success of the day, show the same care and attention to our homeless?