The people of Greater Manchester plan to end the housing crisis 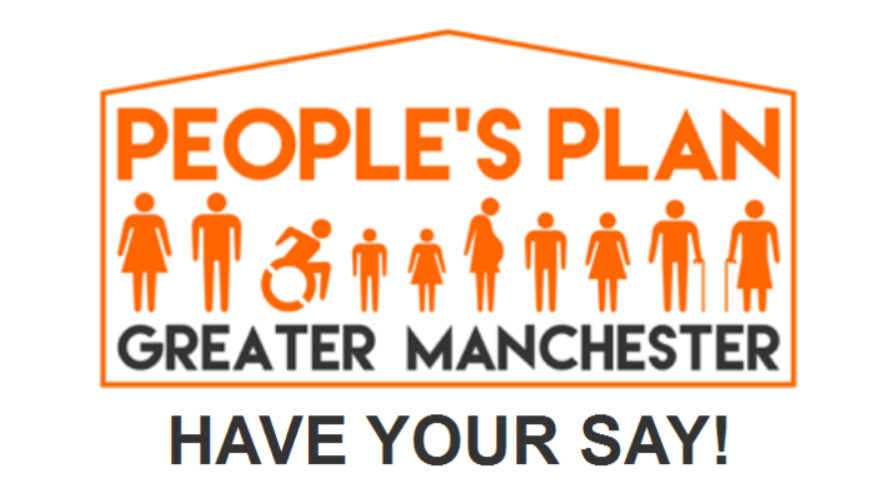 A chance for the citizens of Greater Manchester (GM) to have their say on the housing crisis, and what can be done to tackle it, is being provided at a public meeting in Manchester. Two organisations campaigning for social justice have joined forces to offer this timely opportunity.

The People’s Plan GM (PPGM) and GM Housing Action (GMHA) are holding a public meeting at the Methodist Central Hall, Oldham Street on Thursday 24th November from 7 to 9pm. People will discuss the issues of housing and homelessness, and what is decided during the meeting will go towards forming policy demands to address the housing crisis in GM.

The housing policy demands will join other demands compiled by PPGM around the economy, local democracy and the environment. The completed plan, created by the people of GM for the people of GM, will be presented to the candidates standing for GM mayor before the election next May.

Thursday’s public meeting will cover areas relevant to the housing crisis, including: provision of social housing, homelessness, regulation of the private rented sector and alternative models of housing such as co-housing and co-operatives.

National and local government’s failure to tackle the escalating housing crisis has led to this grassroots response by concerned citizens. A recent report from the Lyons Housing Commision shows public concern over housing is at its highest in over 40 years. The report predicts that despite many recent government initiatives, the UK “will fall far short of the target” of building the 200,000 homes needed each year to ameliorate the crisis.

The GMHA formed in response to the growing public concern about housing, giving people the opportunity to take part in a campaign for positive change in GM. A GMHA spokesperson said:

“It is clear that the current housing settlement in Greater Manchester is not working. Rising homelessness is visible to anybody walking our streets; provision of affordable social renting is at an all time low; and the private rented sector is rife with overcrowding and abusive landlords.

“GMHA believes that devolution presents a historic opportunity to counter this trend, develop alternative housing solutions and create a city-region where no-one is homeless and all residents can live in a safe, affordable home.”

Despite being the self-professed party of home ownership, the Conservative government’s time in office has seen a sharp drop in people owning their own homes. Home ownership has dropped from 72% in 2003 to 58% in GM this year. In the same period, the numbers of GM tenants in the private rental sector has risen dramatically, from 6% to 20%. Accompanying this rise are the associated problems of rising rents (exacerbated by stagnant wages), insecure tenancies, fuel poverty, cuts to housing benefits and the increase in health problems caused by inadequate housing conditions.

Speakers at the meeting

Joe Taylor is an organiser with 38 Degrees Manchester who will be speaking at the meeting. He has played a key part in getting the People’s Plan underway. Taylor successfully campaigned to protect tenants’ rights, using the legislation available, while living in Australia. The campaign prevented exorbitant rent increases by organising mass rent strikes, and also prevented many evictions. What most concerns him is the lack of equivalent legal protection in the UK:

“If tenants in the private rented sector had access to a tribunal where malpractice could be legally addressed, as in the New South Wales Residential Tenancies Act,” said Taylor, “that would be a massive step forward.”

Salford’s online alternative newspaper, the Salford Star, has played an important role in documenting the many different issues which are contributing to the housing crisis there. It has covered issues such as gentrification, which have been shamefully neglected by other news outlets.

Another major issue that the Salford Star has covered extensively is the phenomenon of private developers wriggling out of their obligation to invest in and build social housing. This has recently led to a change in council policy in the borough, with promises of much tougher enforcement of the developers’ obligations. Stephen Kingston, editor of the Salford Star, will be sharing his extensive knowledge of housing issues at the meeting.

Residents, community groups and professionals from all walks of life will gather on Thursday to collaborate and produce proposals for a better post-devolution regional housing strategy. The meeting welcomes everyone who wants to contribute to these proposals and help turn the tide on the housing crisis.