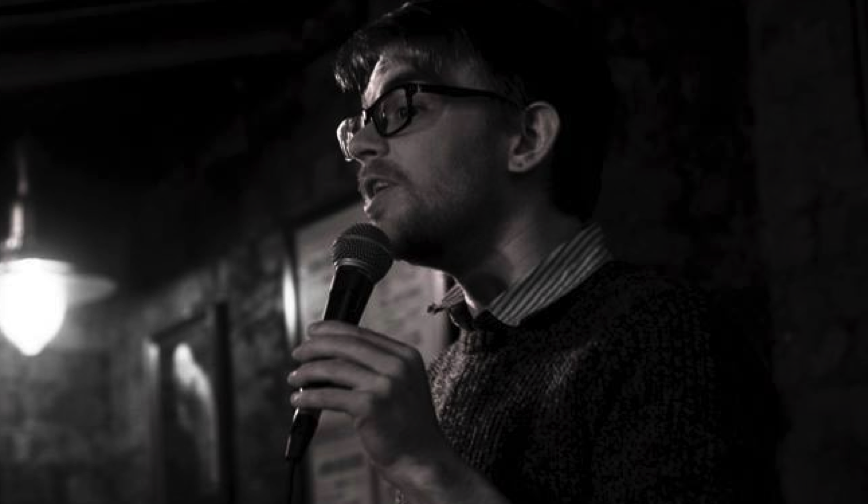 This is the first in a series of interviews with local performers and artists in Manchester. If you are interested in being featured or know somebody whose work you think should be highlighted, then get in touch with us by emailing editor@themeteor.org

The Meteor spoke to stand-up comedian Thom Bee at First Draft: Crush, where he performed a set about the local arts scene, how he got into comedy and his childhood Star Trek crushes: 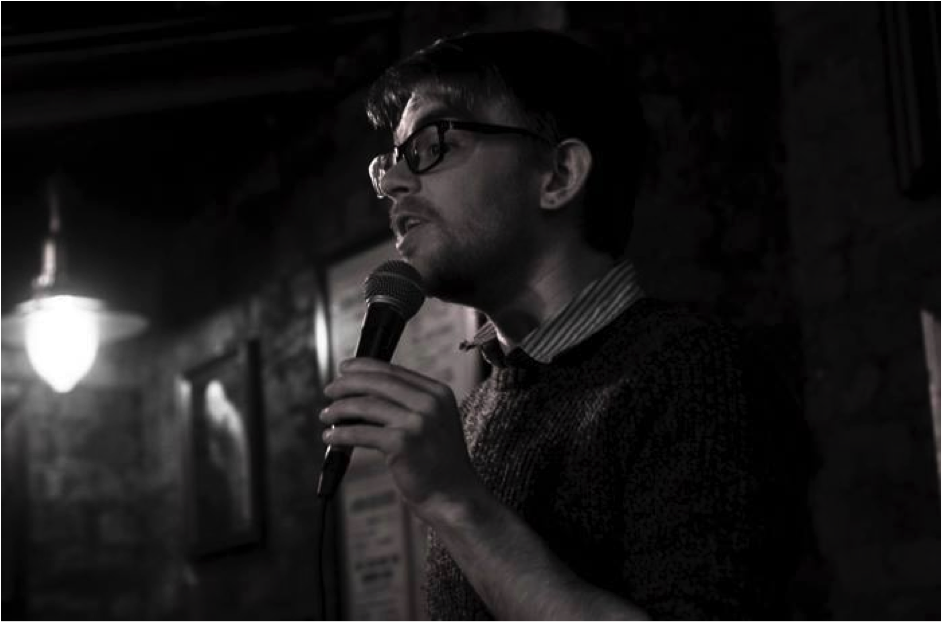 “I’ve been doing stand-up for a year and a half. I was a circus performer and a circus teacher for young children in Berlin for a year but had to stop after a knee injury. I began hosting some shows for friends and found out that microphones are a bit addictive.

The first performance was terrifying! I’ve been performing since I was 8 but stand-up is a different experience to the circus. A circus performance is a physical performance that has been practiced a lot before you do it. With stand-up, your training is in front of people.

The first show went well for a first. The second was a disaster – same material, different audience. So much depends on your audience when you do comedy.”

“At the moment I’m prioritising nights I really enjoy. So obviously First Draft, and also Comics Anonymous at Tiger Lounge and FLIM NITE, which is a monthly event with Three Minute Theatre where a film is chosen and then retold through comedy, spoken word or drama.

The audiences you get at shows in Manchester are lovely. There is an incredible arts scene here. Nights with themes like FLIM NITE and First Draft mean you are able to be very niche. As a performer that’s very empowering. In Manchester you can do a set with material that you might never touch on again. It’s a good space to grow creatively.”

The arts and activism

“The local arts scene is engaged with communities in Manchester and with local politics. You get performers who do some very specific stuff on Manchester, and lots of commentary on current events. First Draft has done lots of projects with Chetham’s Library. Lots of performers get involved with events like Ladyfest. I actually saw a spoken word performance at FLIM NITE that was all about the homeless protest camps.

Generally, people on the arts scene tend to care and be quite involved. Some performers use the stage as a platform for things they care about. However, since these nights often attract people who also care, it is sometimes a case of preaching to the choir.”

Inspirations: the good, the bad and the embarrassing

Comedians grow up loving comedy but it’s always something that’s unattainable. Then they go to a smaller event and see someone up there who they don’t find funny – it sounds awful but it’s true – and they start to think ‘I can do better than that’ and realise they can do it.”

You can find out what Thom is up to on his facebook page.

If you’re interested in any of the nights he mentioned performing at then:

The next FLIM NITE is on 7th November at Three Minute Theatre in Afflecks Arcade. The film is going to be Spirited Away and further event details can be found here.

Comics Anonymous is on every Wednesday at Tiger Lounge from 8pm.

The next First Draft event is a Halloween special being held at Chetham’s Library on 31st October but is already sold out! However, First Draft will be back in the usual venue at Castle in December and will make any tickets that are returned for their Halloween event available online. Find out more about First Draft’s upcoming events on their website or facebook.