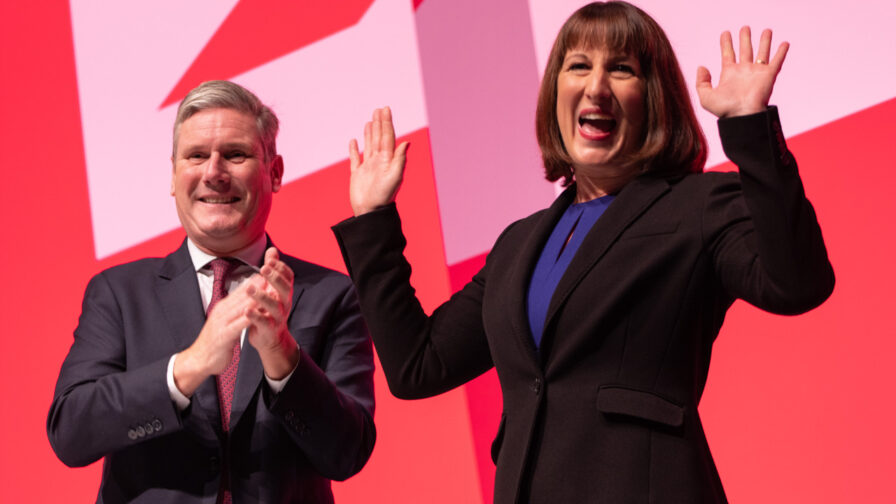 Last month's Labour Party conference was positive and hopeful. There now seem to be some policies and plans coming together - but what does it mean for Manchester?

With the recent opinion polls and the bookies predicting a Labour win at the next election, how is Manchester represented by the policies and those big hitters within the party?

The recent Labour conference certainly had an upbeat air and as The Meteor noted the recent Tory scandals only fuelled the fire of the opposition party’s confidence. However, the country is still a long way from an election unless the Conservative Party turns even more febrile against itself and forces a vote of no confidence in its leader.

Looking at the Labour Party from a Manchester-based point of view the regional representation appears strong amongst the potential future Cabinet.

In addition, although Salfordian Jonathan Ashworth, Shadow Secretary of State for Work and Pensions, represents Leicester South, one hopes he will remember his roots.

Together with Manchester Mayor, Andy Burnham, it looks like Greater Manchester should have a real voice in any future Labour government top table. But the geographical locations of MPs, even at the heart of government, are no guarantee of future commitment to policies which will favour the region.

Keir Starmer’s leader’s speech referred to various UK regions, cities and towns but Greater Manchester didn’t get a direct mention. Although ex-Manchester Utd player Gary Neville, who attended and took part in the conference, did get a name check.

Despite the lack of a direct mention of Manchester there was plenty of positive business news for the Greater Manchester region by both Sir Keir and Shadow Chancellor Rachel Reeves. “Great British Energy”, nationalised railways and an £8 billion sovereign wealth fund for green projects such as electric battery factories and so-called “clean steel” in the North, all indicated the potential for a boost for Greater Manchester’s regional economy.

Angela Rayner did the region proud with her Deputy Leader’s speech mentioning Ashton and those from the area that helped the local community during the pandemic. This was in stark contrast to those she rebuked in the present government who now face questions on PPE spending. Again the Deputy Leader mentioned Greater Manchester whilst unveiling ‘Labour’s Fair Work Standard’, which aims to guarantee fair conditions, job security, well-being, proper training, rights at work, and union access.

Lucy Powell in her conference speech even managed to unite Manchester and Liverpool, with their dual successes in sport and culture, which she said had “been pivotal to our region’s renaissance.”

Perhaps though, unsurprisingly, it was Mayor Andy Burnham, who focused predominantly on Manchester whilst discussing strategy at a fringe event organised by the Guardian newspaper.

Here he did not hold back on highlighting the need for the region to be placed centre stage.

Burnham though gave his full backing to Sir Keir, as Labour leader, whilst also hinting that any return to Westminster would solely be as a prelude for the top job. But recent reports of him running again for Manchester Mayor, in 2024, would appear to rule out any challenge in the near future.

Nevertheless, the Manchester mayor was eager to champion the city and inform the attending delegates as to where Mancunian wisdom could be spread further afield.

“Its not just about renationalising everything.”

Burnham advocated a more localised regional control of power and control of essential services in an effort to reverse some of the privatisations of the 1980s.

“Our decision to put the buses under public control is the way to go. The £2 fare cap we’ve introduced, everybody in England should have that. Could that be Labour policy, please?

“What I would say to the party is public control of essentials means you can make those essentials more affordable for people who need them to be affordable. Renationalising of the railways is a no-brainer.”

Overall the mayor was upbeat and optimistic about Labour’s chances at the next election:

“I think we will win all of those ‘red wall’ seats, in my judgment.”

Andy Burnham though, disagrees with the Labour leader on keeping the recent drop in basic rate tax.

“I personally don’t think we should be accepting the 20p cut. There is always this sense of the Tories creating a trap, but it still benefits higher earners more than lower earners. I would get £375 a year, which I shouldn’t have and don’t need.

“For me that money should be going to give nurses a good pay rise this winter, a substantial rise for care workers, the pay of firefighters and others who are going to be seriously hurt by the cost of living crisis.”

It was clear from the conference that the Labour Party is trying to distance itself from the allegations, made in recent years, of being ruled by a North London liberal elite. For those who wish victory for the Labour Party, against this increasingly Neoliberal Southern-looking Tory party, there is hope that Burnham and his neighbouring Labour MP cohort can steer the Labour Party to victory while keeping Manchester’s irons firmly in the fire.