By Guest Writer | 2 November 2022Friends of The Meteor 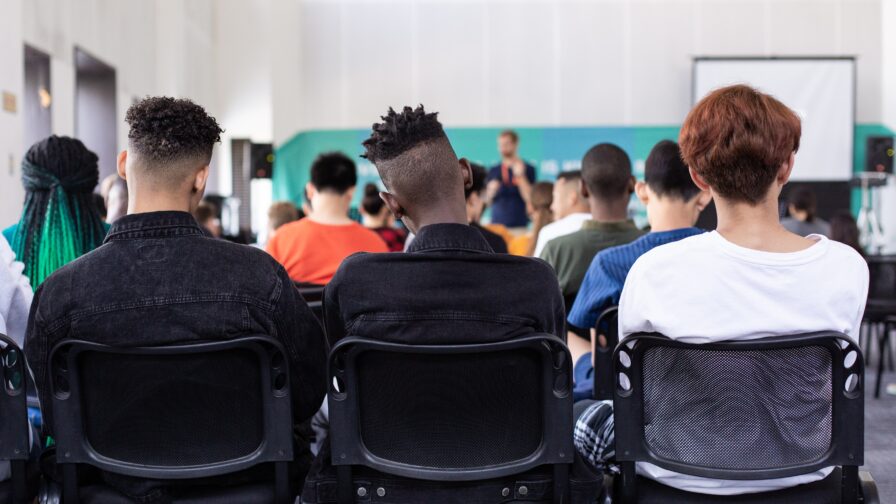 Today's Friends of the Meteor article is from two University of Manchester academics, Elizabeth Gregory and Hannah Ruth McCarthy, on the early findings from the first school year group to complete the new T-levels as an alternative to A-levels.

The first cohort of students in England taking T-levels – the new vocational equivalent to A-levels – have completed their course, been assessed, and have received their results. Now more course options for T-levels are being rolled out. The initial offerings were in construction, digital production and education and childcare. By 2025, there will be 23 different T-level options.

T-levels are intended to offer 16-19-year-olds a skills-focused route into either employment, higher technical apprenticeships, or university.

T-levels were designed to improve on previous offers to 16-19 year olds. They are skills-focused, but grades are also partly based on exams – which the government considers the most academically rigorous assessment method. One T-level is the equivalent of three A-levels, meaning that T-level students focus on one specialism.

However, the first cycle of T-levels has been beset with issues over exam marking and confusion over whether they are an acceptable route to university. Questions also remain around just how relevant these highly specialised routes are for students finishing their GCSEs.

T-levels will replace many BTECs (diplomas provided by the Business and Technology Education Council) and other post-16 qualifications by 2024, becoming the key vocational route to employment or further education for students who do not wish to take A-levels.

T-levels are very similar to their BTEC predecessors, but offer a longer industry placement. Additionally, not all BTECs include externally-assessed testing.

Like A-levels, T-levels are assessed at points by exams. Unlike A-levels, they place a bigger emphasis on on-the-job learning. All T-level students complete an industry placement which makes up 20% of their final grade.

The government has explicitly positioned T-levels as being equivalent to A-levels. However, a historical divide exists between vocational qualifications and those perceived as being more academic. A-levels are seen as the gold standard among post-16 qualifications and as the more obvious route into higher education.

Despite the stated intentions behind T-levels, there are concerns from students, teachers and parents as to whether universities will consider T-levels as equivalent to A-levels in practice. Almost half of Russell Group universities in the UK failed to accept T-level students for admission in the 2022-23 academic year.

What’s more, an investigation into T-Level exam papers took place in summer 2022. Ofqual, the exams watchdog, found substantial errors in exam papers on the health and science T-level. More than 1,200 people signed a petition calling for grades to be adjusted.

A new Ofsted report has found that some teachers did not have enough training to teach T-levels and also did not have adequate access to resources such as textbooks.

Further education is still emerging from the consequences of austerity, funding cuts and the pandemic. The sector is struggling to recruit and retain staff who can teach the highly specialised components demanded by each T-level.

The raising of the school leaving age in September 2015 means that all learners in England must stay in some form of education or training until the age of 18, rather than being able to leave school at 16 as previously.

For learners in Year 11 considering their study options after GCSEs, the choices are in practice quite limited. Relatively few schools or sixth form colleges offer the International Baccalaureate, and the majority of these are in the independent sector. Apprenticeships have been undersubscribed since enrolment targets were first introduced by the government in 2015-16, although recent figures suggest apprentice numbers are recovering slightly after the pandemic.

A-levels remain overwhelmingly the most popular option for post-16 study, with roughly twice as many A-levels as vocational and technical qualifications awarded in 2021.

However, the A-level route is simply not the best route for some learners. Research conducted by one of us (Elizabeth Gregory) at a college of further education found that BTEC students expressed feelings of relief at encountering a new type of study programme where examination was no longer the only method of assessment.

It remains to be seen whether T-levels can offer a genuinely equivalent alternative to A-level study – or whether they will be both too academic for students looking for a vocational course and too vocational for university admissions departments.