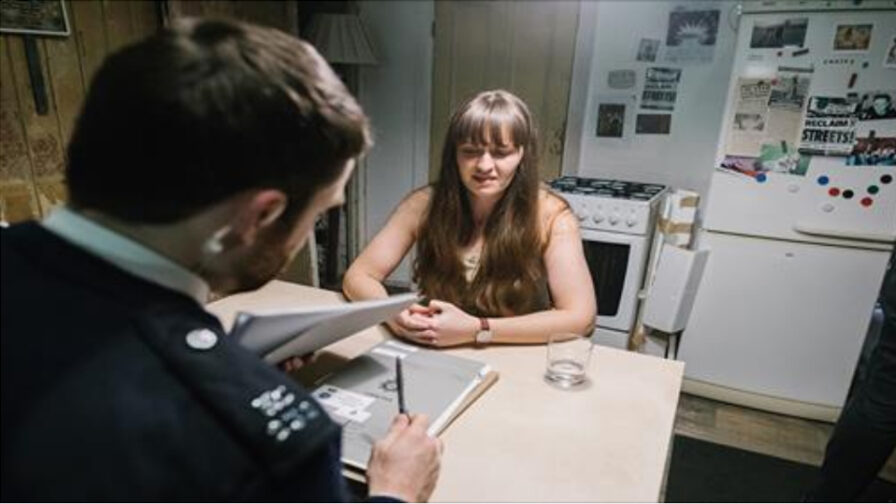 Lush made a bold move with their recent #SpyCops campaign – bold enough to enrage a section of the public who saw the campaign as an attack on the integrity of all police officers. This pressure eventually led to some #Spycops window displays being taken down – which proves they hit a nerve, but perhaps not the one they intended. The campaign was scheduled to run between 1 and 18 June 2018, but there have been a few mishaps during that period.

As intriguing as the media kerfuffle is, it’s a distraction from the real issues behind the campaign, the state sponsored abuse of UK citizens due to them exercising their right to freedom of expression. Innocent people’s lives were changed irreversibly by the involvement of a particular section of the police force, the Special Demonstration Squad (SDS). Undercover officers, some using the identities of dead children as cover, infiltrated campaigning organisations, and in some cases formed intimate relations with their members, resulting in at least two women having children with these bogus partners. The SpyCops arrived, integrated into their communities, and then one day left – leaving heartache, questions and loose ends that only now is an attempt being made to tie up.

The window displays were eye-catching, using modified “police tape” to spell out “POLICE HAVE CROSSED THE LINE”. The campaign poster, with the title “Paid To Lie” showed a split image of a man, one side dressed in ordinary clothing, on the other in a police uniform. Boxes in windows also displayed messages ‘Police spies out of lives’, ‘#Spycops Inquiry: Truth or cover up?’ and ‘Spied on for taking a stand.’ In store, Lush customers could sign a postcard addressed to the Home Secretary, Sajid Javid. The campaign also ran a video claiming activists were “spied on for taking a stand.”

Who are the Special Demonstration Squad?

The SDS are an undercover branch of the Metropolitan police, which operated between 1968 and 2008. The aim was to infiltrate British activist and campaigning groups, ranging from trade unions to anti-apartheid protesters. Because of the nature of this work, there are many things that we don’t know about them:

We do know the nature of the activities the SDS were involved in. They accessed more than 1000 activist groups, and used extremely chilling tactics – described by a former police officer as “a pattern of systematic abuse that was funded by the taxpayer”.

Those targeted included high profile campaigns such as the Families of the Hillsborough victims, the family of Stephen Lawrence, those seeking justice for Jean Charles de Menezes and many more (see end of article for a more detailed *list with links).

Undercover police officers have infiltrated the lives, homes, and beds of activists since 1968. Their roles were to infiltrate political groups and collect ‘intelligence’ about planned demonstrations and the individuals involved. 1/3 #SpyCops pic.twitter.com/llIfzNWGsv

In order to create their undercover personas, officers would adopt the identity of a dead child in order to apply for legal documentation to back up their identity. Only one of the children’s families have so far been contacted with an apology. Around 80 SDS officers used the identities of dead children during the unit’s 40-year operation.

Barbara Shaw’s son, Rod Richardson, died at the age of two days in 1973. It was confirmed that an undercover officer used Rod’s identity for his backstory. Barbara, said of her son that it was “wrong that someone took Rod’s identity without us knowing”, adding that he was “still my baby. I’ll never forget him.”

“The families of the dead children whose identities have been stolen by the undercover officers deserve better than this…The harvesting of dead children’s identities was only one manifestation of the rot at the heart of these undercover units which had officers lie on oath, conduct smear campaigns and use sexual relationships as an evidence gathering tool.”

According to the Campaign Opposing Police Surveillance, women were manipulated into fictitious relationships that were carefully planned in advance, including an exit strategy:

“The arc of the relationships, from phrasing in the love letters to the feigning of a breakdown before leaving, is strikingly similar. The unit was run by officers who’d done it themselves. It is hard to see it as anything other than strategy. One of the women says it feels ‘like being raped by the state’.”

One of the victims, “Rosa”, tells the story of her 9-year relationship with one of the undercover officers, Jim Boyling. Rosa had two children with Jim, and believed him to be sincere and trustworthy. But Jim was acting the part of a dedicated lover and manipulated and isolated Rosa, under the control of his superiors in the SDS. She eventually escaped to a women’s refuge with her children.

There is an ongoing inquiry into all undercover police operations in England & Wales, due to conclude in 2023. Victims of the SDS feel that the inquiry will not go far enough, and will not provide the answers and justice they need. Lush is supporting Police Spies Out Of Lives (PSOOL) and Campaign Opposing Police Surveillance (COPS) in raising awareness of their demands, namely:

This petition is being run in support of the cause.

LUSH campaign for many issues across the spectrums of human rights, animal protection and environmental preservation, and give different causes the window spaces in their shops for a period of time. The #SpyCops campaign is no different in that respect, it received the same prominence as other campaigns they have run.

However, the perceived attack on the police as a whole caused offence to some – but that’s not what this campaign is about. This promotion is about a specific problem within a specific branch of policing, where injustices were committed against innocent victims. Many people were supportive and pleased that LUSH is tackling a controversial issue – an issue that would not feature so highly in the public consciousness were it not for this campaign.

The window displays went up on 1 June, and caused controversy immediately, with LUSH staff receiving threats and abuse both in store and through social media channels. Government and police spokespeople commented negatively on the campaign. An off-duty police officer entered a Peterborough store and had a “polite and constructive discussion with the manager” which ‘encouraged’ them to take the window display down.

LUSH branches in Manchester chose not to run the window campaign, fearing it would appear insensitive or cause confusion, due to the timing of the anniversary of the arena bombing. They were supported in this decision by LUSH Head Office.

Plenty of supporters contacted LUSH on Twitter and Facebook to thank them for running the campaign, but the negative reactions endangered staff, so one day into the campaign Lush put out a statement supporting the choice of individual stores to choose whether or not to keep the displays in the shop front:

“Whilst intimidation of our shop staff from ex-police officers and unhelpful tweets from those in high office are ongoing, not all of our shops feel able today to have the campaign window in their shops. However the campaign is still running for three weeks and we will be constantly weighing up what to do about the situation.”

The window displays were suspended nationwide on 7 June, and the campaign relaunched on 13 June with more subtle displays, a Lush spokesperson explained:

“It has been incredibly clear over this last week that the plight of the spy cops victims has universal support from all who hear of it. Therefore we have taken away the distraction of, what turned out to be, a controversial visual to return the focus onto the shocking facts.”

The original displays certainly did grab people’s attention, but the focus was shifted away from the actual message by those who responded so negatively. In order to continue their support for the #SpyCops campaign, the alternative window retained the message, but in a way less likely to cause people to draw incorrect conclusions over its meaning.

Numerous brands have used controversial imagery in the past with varying results. Judging the sweet spot between provocative and offensive is a difficult task. Opinions vary, and one person’s outrage is another’s delight. LUSH were never going to be able to please everyone, but they have struck a balance that maintains the message and protects their employees.

The SDS was dissolved in 2008, but police surveillance operations are ongoing. For obvious reasons, we do not know all the details. But surveillance and police interference related to the #SpyCops case is still happening. In 2015 one of the women taking legal action against the Metropolitan Police over a false relationship with a SpyCop found a tracking device in her car, and the Met Police openly state that undercover operations are now within the remit of the UK’s Counter Terrorism Command.

While those police officers and government ministers condemning the #SpyCops campaign stated that it was about a perceived attack on the overall reputation of the police, it cannot have skipped their minds that similar operations may be ongoing which they would not want scrutinised. The root of the #SpyCops scandal was due to surveillance of those exercising their right to protest, and it continues today in the crackdown on freedom of expression by smearing a campaign for justice for those previously targeted.

*List of some of the campaign groups, political parties and individuals that were spied on by the SDS: