Review of Sin City: The Morality Of Urban Growth 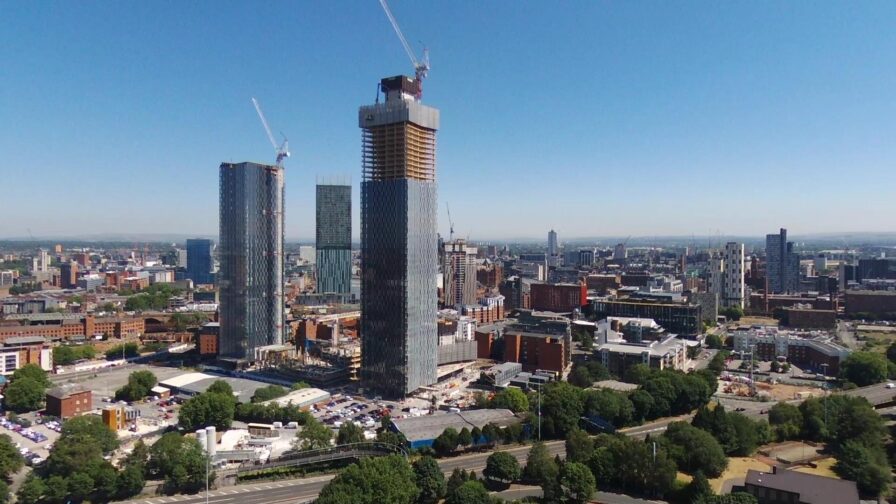 Panel discussion event called Sin City covered the morality issues around property development Manchester city centre. A city which is  going through a high rise, primarily rental, property development boom while many are simultaneously experiencing the sharp end of a housing and homelessness crisis.

In Manchester for some years now there has been a series of 4 x 4 evenings run by design consultancy Urbed in which four speakers are given 15 minutes each to opine on a set urban topic.  The latest one, on the 22 October, at Fairfield Social Club was called “Sin City: The Morality Of Urban Growth” in which the star turn was The Guardian’s architecture correspondent, Oliver Wainwright. He had done some flame fanning by writing an article published the day before about the belt of tower blocks currently being built around the city centre.

Usually each of the speakers gets the same time as all the others.  In this case, Oliver was given forty minutes or so to set out his case. This will not be unfamiliar to readers of The Meteor: that the skyscrapers are ugly, out of place and will do nothing for Manchester’s economy; are mostly investment vehicles for rich foreigners; that of the 15,000 residential units with planning permission in the city none are affordable homes (i.e. let at around 80% of market value or at a social rent levels); and that the council should be ashamed of itself for granting them planning permission.  He had even managed to get hold of an advertising promotion for the city from one of the investment fairs held in the hot places where rich people tend to congregate.  The strapline?  “Turn Your Determination Into Envy”.

Consultant Shelagh McNerney was given about five minutes to reply.  I’m probably pretty old-fashioned but for me a debate should be a fair debate and both sides should get the same opportunity to present their case.  So Shelagh deserves respect for turning up and taking the limited opportunity to present the opposite view. She set to with a basic –if questionable – proposition that “economic growth has delivered every single improvement to humanity”.  There was no great conspiracy against Manchester since any successful city was constantly reconfiguring itself; post-industrial Manchester was on its knees and inward investment reversed that; Manchester was never that pretty anyway;  urban growth is not the cause of the city’s homelessness and other problems; and that low growth is not the answer.  Given the handicap she had I thought she made a good stab at a defence.

The other two speakers didn’t add that much and at the end the chair asked each of the participants for one phrase to sum up what was needed to improve matters.  “More power to the public sector” said Oliver.  “More cash” said Shelagh.  There was simply no common ground between them and as so often these days you were implicitly invited to get into one of the trenches and lob grenades at the other – which will get us nowhere.

In the question and answer session which followed grenades were duly lobbed and entrenched positions defended.  Shelagh was on the wrong end of most of it. I’m no fan of the tower blocks either but no one tested Oliver’s case by pointing to, for example, the numerous disastrous municipal redevelopments of the 60s and 70s.  One speaker comment which seemed to cause particular offence was that Manchester is not a pretty city.  But really – does Manchester want to be considered “pretty”?  It’s such a demeaning adjective.

I don’t know why Urbed decided to ditch its usual format of four speakers and fifteen minutes but maybe the glamour of metropolitan journalism was too much to resist.  What they are doing, now in partnership with the city’s School of Architecture, in arranging these evenings of discussion about urban development  is to be applauded but I really don’t feel – certainly on the evidence of this particular event – that we have yet found the will to create consensus – or indeed the vocabulary to express it.