Refugee tells of the silent genocide consuming the Congo 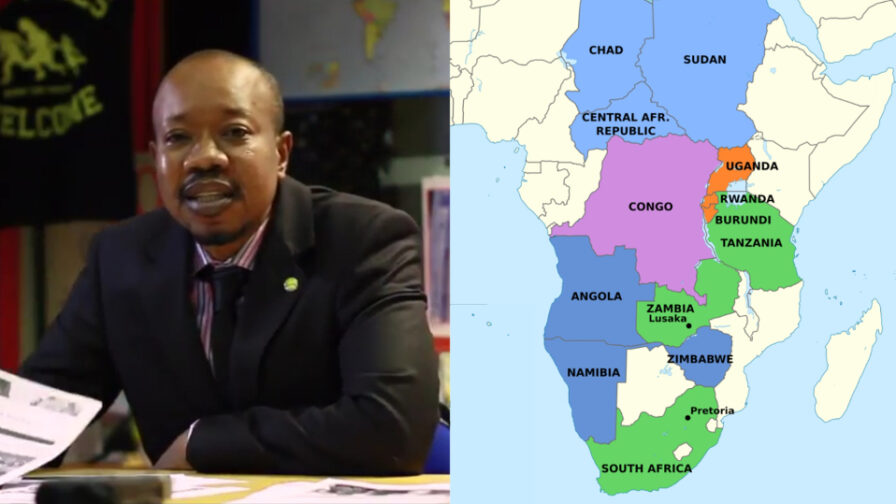 You may be wondering why you haven’t heard more about this, where are the news reports? The lack of UK citizens knowledge of the situation, due to inadequate reporting in the media, is a major driver for Congolese activists to increase awareness of the ongoing humanitarian disaster afflicting the Congo.

Koyangbwa is vice president of APARECO (Alliance of Patriots for the Refoundation of Congo) North West UK. APARECO is appealing to people in the UK, and in particular Manchester, to support their campaign to oust current president Joseph Kabila, who is determined to continue using horrifying and murderous actions against the people of Congo in order to cling on to power, beyond his constitutionally mandated two-term limit.

The short film (see below) shows RAPAR caseworker Max Stanley introducing the film in English and then switching to French to interview Koyangbwa; you can turn on subtitles/captions (icon at bottom of screen) to see the English translation.

The video is also accompanied by an article written by Koyangbwa, and published on the RAPAR website which goes into greater detail of the problems besetting the people of the DRC.

The article covers the prominence of armed militias in the DRC. Some are funded by Joseph Kabila’s regime, corporations and neighbouring countries such as Rwanda and Uganda. It is “the chaos” created by these armed groups that makes the DRC an extremely dangerous place, particularly for women, Koyangbwa explains:

“The occupants [armed groups] persistently stir up rebellions to create insecurity and intimidate the Congolese with mass rape and burning down natives’ homes to oust them from the East… Women in DRC, including the elderly and infants, are victims of systematic rape as the occupants try to eliminate Congolese nationals in the East. DRC has become ‘the rape capital of the world’.”

The DRC is extremely rich in natural resources and the desire to exploit these by multinational corporations and Kabila’s corrupt government is probably the major driver of conflict in the DRC.

If you are reading this on a laptop or smartphone screen, it may well contain electronic components created from elements contained in Coltan, a dull black metallic ore which the DRC is particularly rich in. It is estimated that the DRC contains upwards of 64% of the worlds coltan reserves. But similar to ‘blood diamonds’ coltan acts as a curse to the local inhabitants rather than a blessing. Much of the ore is mined illegally and smuggled across Congo’s border, by militias, into neighbouring Rwanda, Uganda and Burundi. Numerous multinationals are implicated in illegal coltan traffic. Koyangbwa fears that problems created by illegal coltan extraction, may be exacerbated by hunger for other resources:

“Everything I have mentioned where women are raped, in the East and people are decapitated and killed, are all a result of Coltan…Congo has lost millions of people as a result of coltan. Today as electric cars are being developed, cobalt, nickel and copper are forming the basis of a war to come… All these materials are in large quantities in the Congo”.

Despite the immense problems faced by the Congo due to its powerful oppressors, Koyangbwa and his APARECO compatriots, are determined to build a better future for the DRC. And they believe there is a historic precedent for this that involves Britain.

At the beginning of the twentieth century the Congo was a colony under the personal rule of King Leopold II of Belgium. The King forced the inhabitant to labour on plantations extracting rubber (the coltan of its day), creating a ‘slave society’. The atrocities carried out under the Kings regime are perhaps the worst examples of that period of colonialism. Killings and mutilations (punishments for not working) were endemic, and it is estimated that the overall population of the Congo declined by between two and thirteen million. Koyangbwa says:

“I take this opportunity to urge human rights organisations, independent journalists and humanitarians in the UK to speak out, just as Edmund Dene Morel, Roger Casement, John Harris and Arthur Conan Doyle (author of Sherlock Holmes) did. They put pressure on Leopold II and wrote about the crimes being committed under his watch, and in 1908 the independent state of Congo was removed from the private ownership of Leopold II and became a Belgian colony.

The British people now have a moral duty in the face history; it is your turn to put pressure on the government and on the UN, and to support APARECO in its fight to free DRC, so that the Congolese are no longer massacred because of the natural resources that they happen to live among.”

APARECO also took part in The People’s Assembly march against austerity at the Tory conference this year, to see The Meteor video, click here