By Guest Writer | 15 February 2020Friends of The Meteor 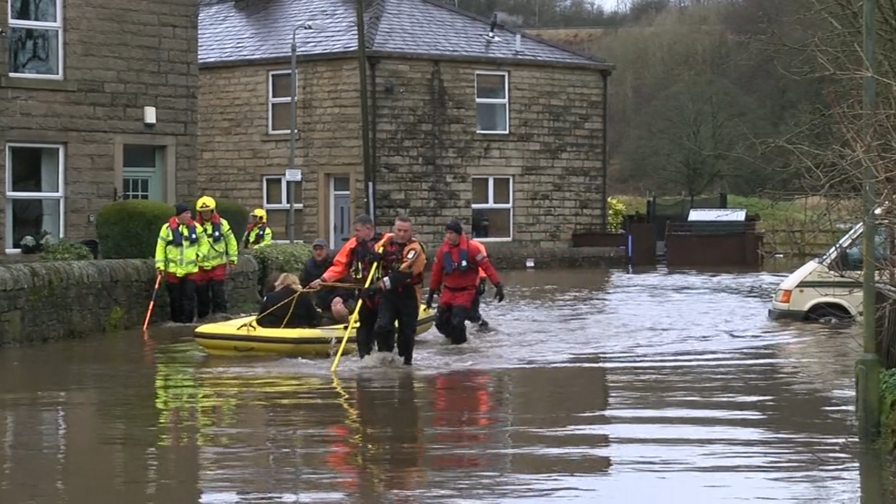 In a talk given to Manchester Labour Backbenchers’ Committee on 6 February 2020 Mark H Burton of Steady State Manchester outlined some of the key problems and potential solutions to climate emergency.

In addressing this overall question, I will set out what I see as some of the key challenges, identify the main contenders for resolving them and the problems with them, identify some additional ideas that might help, and then offer some potential polices and interventions at national, regional and city level.

Much of what I’ll say rests on the insights of the field of ecological economics. This sees the economy as embedded in the material world: energy and materials, once extracted, flow through the economy, becoming degraded, until they are ultimately deposited in the planets ecological “sinks” – air, soils, and water bodies. In our work we also draw on insights from other schools, notably feminist, Keynesian and Marxist political economy.

Our focus is on the unsustainability of the present model and of many current versions of “sustainability”. The key problem is economic growth on a finite planet – with critical limits at both the resources and the sinks end of the chain – in addition to the internal contradictions of the (can I say “capitalist”?) economy.

Adding aspirational adjectives to growth, “inclusive”, “green”, “smart” …. doesn’t change the basic reality. John McDonnell was very clear on this when he addressed the IPPR in 2017:

“Every 1% added to global GDP over the last century has meant, on average, adding 0.5% to carbon dioxide emissions. As the size of the world economy has grown, so too has the pressure it places on our ecosystems. The consequences of that pressure are now becoming all too apparent.”1

Green growth relies on a “decoupling” of economic growth and material flows through the economy. There is no evidence that this is achievable on a permanent basis and at the level required to decarbonise the economy. On the contrary, continued GDP growth makes the job harder, since until the economy (including its global connections) is 100% zero carbon, part of that growth will create increased emissions.

That’s the background but the consequences are difficult. That’s because ceasing growth, in a system dependent on expansion for its own economic viability and to redistribute its surplus, is going to mean severe challenges. It is likely that the present system would eventually collapse (although Japan has done rather well with decades of extremely low GDP growth). However, continuing the material expansion of the economy will also bring eventual collapse due to the increasing cost of energy exploitation and mineral extraction, ecosystem destruction, and pollution, transgressed planetary boundaries of which the carbon dioxide causing the climate emergency is just one very prominent aspect.

Can the necessary refocussing of the economy to keep within planetary limits also address the economic disadvantage and exclusion so endemic in parts of our city? Our work, is centred on the concept of the Viable Economy: ecologically, socially and economically viable. Unless all three are met, things fall apart. Our Viable Economy pamphlet (soon to appear in an expanded second edition) aims to set this out in concise terms, accessible to the interested general reader.

There are some helpful concepts that we can work with, already embraced here, or not far from here. But for each there is a critique that means they need adjusting to comply with the ecological reality.

So these approaches, while sources of insights, need re-working under conditions of impending system disruption and potential collapse. Some of this is happening. For example, it is encouraging to see the Foundational Economy group acknowledging the ecological gap in their thinking, while CLES is working to integrate CWB with the idea of a local GND.

In the associated handout, there are policy proposals and interventions at the national, regional and local level, that should give an idea of what a more adequate approach to the dilemma might be. Elsewhere I have explored these ideas in relation to the competing traditions within the Labour movement.

At the local level the handout offers some outline examples in the fields of mobility, procurement and housing. From these I identified two key principles:

Principle 1: Emphasise use of locally available sources of finance:

For example, local budgets, captured financial flows, investments made by the local economy, revenue from local levies, fees and fines for carbon-intensive discretionary actions. These can be used to exert leverage on other financial flows. This approach contrasts with the dominant emphasis on inward investment which inevitably prioritises a return to take back out of the local economy.

Principle 2: Spend money in ways that while reducing carbon emissions, have co-benefits for health, liveability, and social and economic resilience.

It is important that we focus on these. But there are two other kinds of carbon footprint that we need to consider.

Both give significant opportunities otherwise missed. For example, via procurement strategies to reduce supply chain emissions, by driving changes in food consumption, or by retaining equipment for longer; or on the finance side, by redirecting investments in fossil fuel industries and the finance houses that support them, towards the clean and local economy.

We also need to focus more on adaptation, or what I call “shock-proofing”. Things are going to get nasty. Food supply and energy shocks are increasingly likely scenarios. Interestingly, many of the actions to reduce emissions (e.g. local production of energy and food) also help build resilience against the shocks that are caused by rising emissions and by geopolitical instability.