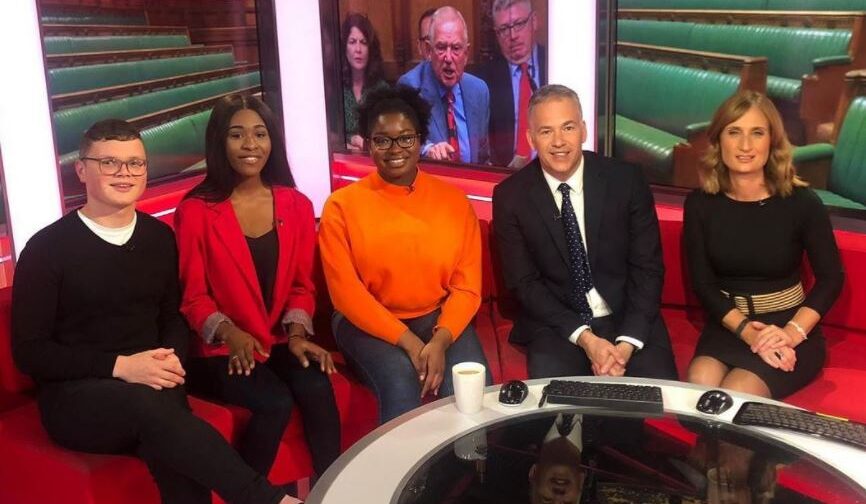 Young working-class people in the UK are faced with a lot of barriers that prevent them improving their lives and those of their family – barriers that appear to be growing. They have to make their way through a society where they are often ignored, belittled, and stereotyped. The RECLAIM project’s aim is to enable these youths to break down those barriers, and create change by providing them with the tools and skills to fight for what they believe in.

RECLAIM are a charity organisation that support working class young people to make a change within society. In 2007, former teacher Ruth Ibeguna set up the RECLAIM project “out of frustration at seeing so much wasted potential in young people; often written off due to their postcodes or through appallingly low expectations of their outcomes.” Starting off in Moss Side in South Manchester, the charity have branched out and cover Greater Manchester and beyond.

“That may sound like a big aspiration, but that is what is going to happen” says Roger Harding, the chief executive of RECLAIM Project. With a career forged in the charity sector he felt drawn to RECLAIM due to its potential to make a wide-ranging positive impact on society.

Growing up in a working-class background in the south Roger was Inspired by the hard-working nature of his Mum, and grew up believing change was possible and he he wanted to make it happen.  “Young working-class people are particularly excluded from these conversations [of change]. One because of their age and two because of their circumstances,” Roger said.

RECLAIM are fighting against a perceived decline in social mobility in the UK. A survey published by the Social Mobility Commission (SMC) in January 2020, showed that nearly 50% of respondents said they had a worse standard of living than the previous generation, and just 29% said they had better job security compare to the previous generation. The pandemic has exacerbated the situation with 56% of adults saying social inequality had increased, in a SMC survey published in March 2021, which stated: “Without urgent, targeted action, social mobility looks set to go backwards and the attainment gap between the wealthy and disadvantaged will grow ever wider.”

Olivia Clarke, from Fallowfield, joined RECLAIM when she was twelve years old. Now in her first year at Manchester Metropolitan University studying for a BA in Education, when she first joined RECLAIM Olivia had no idea that her activism could make such a difference to the city that she lived in.

“I never thought that Andy Burnham, a politician, would listen to me.” Olivia said of her success with the Our Pass campaign.  “It has had a really positive impact for young people across Greater Manchester and I am really proud to have contributed to breaking down the barriers of transport costs and enabling access to wider opportunities that the city-region has to offer.”

She used the confidence and skills that she had gained at RECLAIM and spoke out at Andy Burnham’s inaugural political campaign to become the first mayor of Greater Manchester. He not only listened to her, he also acted. Recalling the mayoral campaign and his meeting with Olivia, Andy Burnham, said:

“When I was first standing for Mayor, back in 2017, we said that Greater Manchester would use the freedoms we have under devolution to make young people our priority for investment. For too long Westminster has made young people the targets for cuts, hitting the poorest hardest and I wanted that to change and for Greater Manchester to do things differently. That’s when I also met Olivia Clarke, from RECLAIM, at one of the hustings events for young people.

“When I first spoke to Olivia, she told me how difficult travel was for many young people and how that limited our opportunities for education and work. Often the best thing a politician can do is to listen and so we included Olivia’s idea in Our Manifesto in 2017.  I’m proud to say we’ve made Olivia’s idea a reality and Our Pass, a UK first, is now in its third year. It’s there to unlock the city-region, a pass to all 10 boroughs. More than 100,000 cards have been issued so far and members have made more than 21 million journeys.”

“I am now a RECLAIM alumni” Olivia said.“ I am an award-winning activist and have led campaigns both on a local and national level. I appreciate the staff, past and present, at RECLAIM for never giving up on me, educating me on my roots and showing me that my voice is powerful.”

RECLAIM work with young people to campaign on issues that they find important to them. A recent campaign #IFWEDIDTHIS resulted in a group of young people attending the Houses of Parliament interviewing the then Speaker of the House of Commons, John Bercow. Already with a strong petition signed by 70,000, the group wanted to know why it was OK for politicians to speak with such hatred and venom to each other on the worlds stage. If young people acted the way these MPs acted, they would be sanctioned and reprimanded. The young people’s requests were simple, they wanted MPs to follow simple rules:

Launching a new partnership with Women’s Aid and The Pankhurst Centre, with funding from Comic Relief, RECLAIM will train 25 young working-class women to work in campaigning and activism. They will be funded to work on campaigns that tackle issues around gender and class. This project is open to anyone living in or around Greater Manchester, aged between 16-21, and from a working-class background. RECLAIM let the young people “self-filter” whether they fit in with the requirements of being working-class.

“We have a chat with the young people, see if they are interested in taking part, talk to them about their background, talk to them about who this is for, and then see how they feel about that. We try to be inclusive with our recruitment, but with letting them know our parameters.” Roger said.

Roger and his team believe that bringing working-class people together from different areas, ethnicities, religions, and sexualities unites marginalised groups. A lot of the media attention is put on to the differences of working-class people rather than the similarities, “they can achieve more of what they want if they come together,” Roger said. “We don’t have one centralised hub, instead what we do is open our campaigns so that anyone can participate in the wider Manchester region. We’ll give them a load of skills so they can campaign on what they like. We want to show young working-class people what they have in common. What do they all want to change? That they can achieve more of what they want by working together.”

The stigma of being from a working-class background transcends into adult life. A Social Mobility Commission report in 2019 stated:

“The better off are nearly 80% more likely to end up in professional jobs than those from a working-class background. Even when people from disadvantaged backgrounds land a professional job, they earn 17% less than their privileged colleagues.”

These facts and figures make for an uncomfortable read for anyone that has come from a working-class background. The gap in the creative industries is particularly startling, with a SMC report in 2021 stating:

Unpaid internships and nepotism have a lot to do with these numbers and that’s why organisations like RECLAIM are important. More working-class people leading the way in professional settings will provide the role-models needed to encourage more young people to apply for these roles.

Roger spoke about the huge stigma that is heaped on to working-class people and how the young people he works with are trying to change the negative narrative that holds them back. Phrases such as “deprived communities, disadvantaged people, experiencing poverty” take away power from the people that are being described. The once “proud” working-class has been replaced with a community often tormented with feelings of inadequacy. “Communities talk about some of the language, even used by some charities, they find alienating and a little insulting.” Roger said.

Speaking to young working-class people who would like to get involved in making a change in society, Olivia said:

“To all working-class young people: if you’ve ever been told to stay silent, get louder. No matter what the media portrays, you are important, your voice matters, and you have the power to make change. If you’re not already involved with RECLAIM, head over to their website or twitter, to keep up with what they’re doing. It’s so important that working class young people have organisations like RECLAIM, to show them their worth and re-write the narrative.”

Feature image and all in article images: RECLAIM