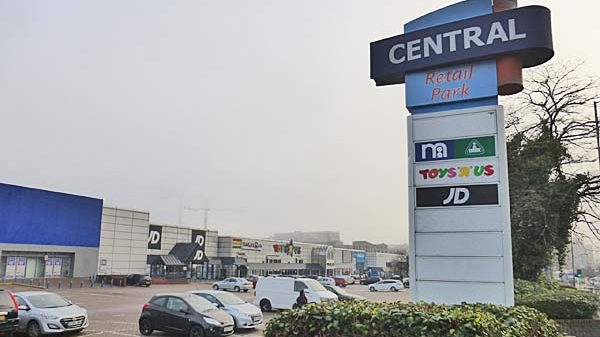 Manchester Labour for a Green New Deal argue that the city council’s plans to turn the former Central Retail Park into a car park will increase traffic pollution, damage health and fail to tackle the climate crisis that the council has previously declared.

The proposal by Manchester City Council to develop the site of the former Central Retail Park into a car park for the next five years represents the very worst of urban development in Manchester. Leaving aside the rank hypocrisy of announcing this plan the day after declaring a Climate Emergency, the vision put forward by Manchester City Council of a car-centric city centre is both unsustainable and undemocratic.

It is unsustainable because it lavishes resources on motorists at the expense of public health and the environment; it is undemocratic because it pays no attention to the concerns of local residents. Greater Manchester Labour for a Green New Deal opposes this move. We stand in solidarity with grassroots groups such as Trees Not Cars in calling on the council to develop the site into a People’s Park.

The plans put forward by Manchester City Council for a new car park will exacerbate what is already an acute climate catastrophe. Take air pollution, which in Manchester is a scandal. In a report published last year, the IPPR think tank described Greater Manchester’s pollution levels as “lethal and illegal”. A diffusion tube monitor, situated on the corner of the site of the proposed car park to record levels of nitrogen dioxide, has never reported a legal measurement; and one in five new childhood asthma cases in the UK can be linked to traffic pollution. The council’s argument that a car park is the best solution for alleviating parking stress in the city centre and cutting emissions is unconvincing. Increasing infrastructure will only create induced demand, meaning more cars on the streets.

Clearly, a car park is not what Manchester needs. Our vision is of a green public space, managed by and for the local community. The Trees Not Cars campaign is calling for Manchester City Council to build a park on the site. Part of this campaign has been their ‘Use It or Lose It’ strategy, which encourages people to spend time on the site as if it were already a park. There are chalk drawings on the floor outlining participants’ visions for how the space could be utilised, with suggestions including herb gardens, fruit trees, flowers, and somewhat more ambitiously, a swimming pool.

Local residents and campaigners have been spending weekends at the site playing ball games, riding scooters and bicycles, and even planting trees and flowers on the site. ‘Guerilla gardener’ Chris Thody is keen for the site to become the first recycled park in the country, using existing materials from the site to build with, reducing both waste and building costs. The campaign has attracted a lot of attention, with over 9,000 signatures on the petition, (the bulk of these being from residents of Ancoats & Beswick), Extinction Rebellion staging a die-in on the site as part of their Northern Rebellion, and coverage in The Guardian.

The council’s counter to this is that a car park would be more cost effective than building a park. Turning it into a park, the council stated, “would cost tens of millions of pounds and would be at the expense of jobs, homes and services that would be generated when this land is developed.” This underestimates the long-term economic consequences of air pollution. Air pollution already costs the Greater Manchester economy £1bn every year in healthcare, with central Manchester having the highest rate of emergency hospital admissions for asthma in England. A new car park would only make this worse, burdening our already stretched health service.

The council’s planning application for the site from July 2019 states that the development of the 440 space car park will be just for five years; ‘‘meanwhile use as masterplans are developed for the site”, and that “the extant use is for 15,000 sqm of retail warehousing.” Trees Not Cars have also stated that they would be happy for the site to include some affordable housing, alongside green space. We at Greater Manchester Labour for a Green New Deal are in agreement on this; with the additional demand that it be carbon neutral, eco social housing.

“In other surveys residents have prioritised tackling homelessness and that can only be done with more homes.” @SirRichardLeese

We would welcome plans to include affordable housing on the site.

Please do let us know your plans for housing!https://t.co/niDZBoq70N

Figures from Shelter highlight the huge need that we have for social housing in Manchester at the moment: there are currently 13,466 families on Manchester’s social homes waiting list, with only 28 social homes having been built in the last year. With a 443% increase in homelessness and 3,948 households living in poor quality temporary accommodation, the need is greater than ever for brownfield sites like this one to be used to address the housing crisis and the climate crisis at once. An inner city development like this would mean less commuting for residents, and reduce the need for developing on greenfield sites that further decimates the existing green space in and around the city.

Manchester City Council’s response also fails to grasp that cost in the immediate term isn’t what is most important. Quite apart from the long term cost to our futures if the climate crisis isn’t averted, there is an opportunity here for Manchester City Council to be a leader on the future of cities and of social housing in the UK. Vienna, Austria has long had a reputation for being a vision of the best that social housing can be, with 62% of its population living in subsidised homes.

Vienna has been leading the way on environmentally-friendly building processes as well, with the majority of newly built housing meeting ‘passive house standards’ even back in 2013. Social housing doesn’t have to be something that only meets the minimum possible requirements; it can be something innovative, beautiful and desirable.

With a 10.5 acre site like the Central Retail Park, it would be possible to include green space as part of a social housing development, with wild flowers on the roof for the bees, community garden projects for residents, and a public park. Hulme Community Garden Centre, which engages a wide range of socially excluded groups in workshops and volunteering opportunities, is a good model for how this could work in practice.

Several social housing providers in Scotland have been including things like ground source heat pumps, biomass generators, and solar thermal systems in order to simultaneously reduce carbon emissions and address fuel poverty. Britain has a history of great social housing, that has sadly for the most part been devastated by Thatcher’s introduction of the Right to Buy scheme. Now more than ever is the time for bold new ideas, and where better to sow those seeds of innovation than in Manchester, with an overwhelmingly Labour led city council; a party who gave us the council estates of the 1950s like the Boundary Street Estate or Dawson’s Heights.

The Green New Deal will be key in realising this vision. A Corbyn government in Westminster will build a sustainable future for all; with more funding from central government we can invest locally in green unionised jobs, comprehensive affordable public transport and democratically owned green public spaces. Retrofitting of existing housing stock is an essential step and will create many of those jobs. But in the meantime, we need to democratise and green the way we plan our city. To avoid total climate breakdown will require radical change, and that change has to start somewhere. The Great Ancoats Street Central Retail Park is an exciting opportunity to rethink what can be done with city spaces. It’s just a case of visualising what an alternative could look like.

“Build a Green, Community Space, not a CAR PARK” petition can be found here.

Let the council know what you think of their plans here.

Article amended 19 September 2019:  article originally stated the planning proposal for the former Central Retail Park was to be decided by the council Planning and Highways Committee today – 19 September. The proposal is not being decided on today.