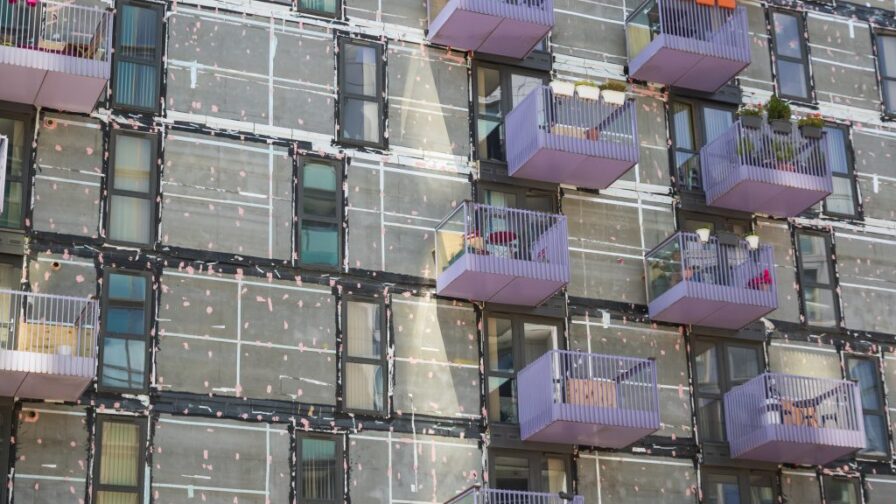 More than 80% of private sector accommodation with Aluminium Composite Material (ACM) cladding in Manchester has not had it removed, as Manchester city council’s Executive approve a new Private Rented Sector Strategy and extend licensing scheme for private landlords across the city

10 out of the 12 private sector accommodation with Grenfell-style cladding in Manchester has not yet had it removed, according to a report presented to a Manchester city council Executive meeting held this week.

The report from the council’s strategic director of growth and development Louise Wyman says that the council and Greater Manchester Fire and Rescue Service (GMFRS) had identified 14 high rise buildings owned by housing associations as having similar cladding to the Aluminium Composite Material (ACM) on Grenfell Tower. All of the cladding had been removed from these buildings by the end of August.

However, of the 12 private high rise buildings which the report identified as having material which had to be removed, work had been completed only at two of the buildings, while work on another four was ongoing but had been delayed due to Covid-19. The report said it was “unclear” when work would begin at the other six buildings.

The council voted to develop a process for Mandatory Occurrence Reporting, which requires the reporting, analysis and follow up of any safety-related event that endangers residents of high rise buildings. Longsight councillor Suzanne Richards said the measures would make Manchester an ‘early adopter’ of the recommendations made in the Grenfell Inquiry.

Deansgate councillor Marcus Johns welcomed the council’s progress but said there was an “enormous and growing list” of city centre blocks with other issues, including other types of unsafe cladding, compartmentation issues and a lack of protection to steelwork.

Councillor Johns also highlighted that residents had had to fork out tens of thousands of pounds to cover bills, as building owners passed on the costs of remediation works in increased rents. The councillor thanked Cladiators, a group representing residents and leaseholders in high rises across Greater Manchester with fire safety issues, for their work and urged the council to accelerate its processes for removing blocks to undertake remediation works.

Phil Murphy, a High Rise Residential Building fire safety management consultant based in Manchester, told The Meteor: “It is fair to credit Manchester city council for the support it has given to residents living in blocks with fire safety problems.

“It became apparent in 2017 that some blocks would take a lot longer than others to get the necessary repairs. However, in all such cases it would have made sense to examine whether comprehensive alarm systems and sprinklers throughout these blocks were feasible. This would have saved residents receiving inordinate bills.

“Fire alarms and sprinklers do save lives and every owner of high rise residential buildings should consider both as a means to uplift fire safety in tower blocks – and that’s precisely what we should be encouraging at a local and national level. I hope Manchester city council rises to that challenge.”

At the meeting the Executive also approved the Private Rented Sector Strategy 2020-25. The strategy aims to support “the improvement of housing standards within the sector over the next five years”, with a focus on improving housing and management standards “at the lower end of the private rented sector market and ensuring fire safety issues are addressed in all relevant buildings”.

To help implement the Private Rented Sector Strategy, the Executive agreed to an extension of the council’s Selective Licensing scheme to Cheetham, Clayton and Openshaw, Gorton and Abbey Hey, Harpurhey, Levenshulme, Longsight, Moss Side and Rusholme.

In an area subject to Selective Licensing all private landlords must obtain a licence. Failing to do so means the local authority can issue civil penalties or prosecute the landlord. Selective Licensing has been previously piloted in areas of Crumpsall, Moss Side, Moston and Old Moat.

In response to this decision, the community union ACORN Manchester told The Meteor: “We support the council’s decision to extend Selective Licensing in the city. This is an important step to ensuring landlords are held to account and tenants have access to safe, quality homes. For a long time we’ve needed better regulation in the Private Rented Sector, but the shocking mistreatment we’ve seen landlords try to get away with during a pandemic has exposed the urgent need for tighter controls.

“Our priority now is that the principles of this move are backed up by action. We want proper enforcement of license conditions, regular inspections and good communication with tenants about their right to report landlords.

“If the council is serious about recognising housing as a public health issue, as this move suggests, it will commit to stopping evictions during COVID-19. Increased scrutiny of landlords does not prevent people being removed from their homes during a pandemic.”

The Executive is made up of ten councillors plus the chair. They are representatives with an additional responsibility for a particular policy area, in addition to serving the constituents in their ward. At Council Executive meetings, items related to the council’s budget and overall policies are discussed. More specific items are dealt with in committee meetings, which occur regularly throughout the year.

Footage of the meeting can be found here.