By Guest Writer | 4 July 2018Friends of The Meteor 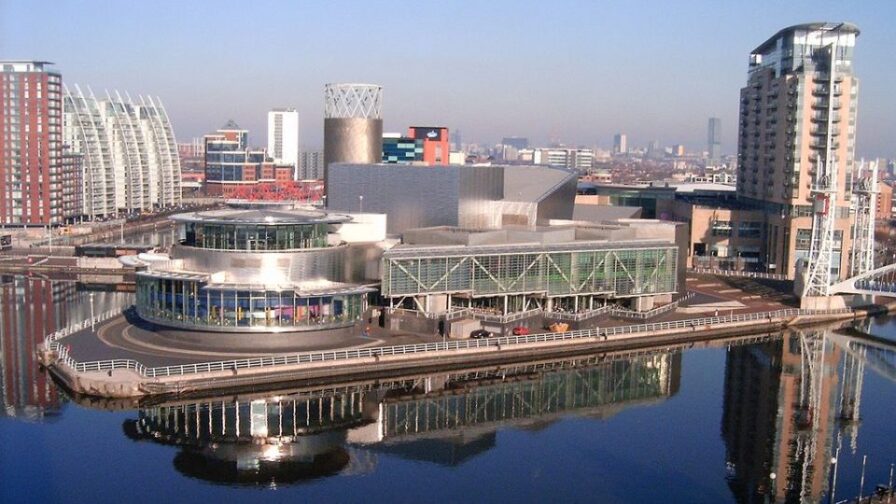 Latest figures published by the Government for 2016/17 show that no social rent housing was built in Salford, while just 15 houses were gained through Section 106 agreements – all of which were either for the more expensive ‘affordable’ rent or shared ownership.

This is just more proof of how Salford City Council planning policies are failing miserably. Meanwhile, the City Mayor is a top candidate for Private Eye’s ‘Pseuds Corner’.

As housing floggers continue to big up Salford as an ‘investor opportunity’, latest Government statistics show that the city is gaining almost nothing from the ‘boom’.

Tables published recently for the year 2016-17 show that not one single social rent property was either being built or has been completed in the city.

The tables also show that just 15 new build properties were built as a result of Section 106 agreements with developers – 13 of these were for so-called ‘affordable’rent’ (80% of market rent) and two were for shared ownership.

These Section 106 statistics back up research from the Salford Star which show how the city is losing thousands of potential affordable properties as developers avoid planning contributions.

At least 20% of new housing schemes should be reserved for affordable housing; however developers are able to dodge these commitments either through Salford City Council’s own planning policies or through producing ‘viability’ assessments that show their profits won’t be big enough, in accordance with the Government’s NPPF (National Policy Planning Framework).

This week, for instance, Salford planning panel is set to rubber stamp a Countryside Properties application for almost 300 houses in Lower Broughton that will avoid the provision of sixty affordable houses, thanks to Salford Council’s policy (see here).

For 2016-17, the Government’s Homes and Communities Agency (HCA, now Homes England), funded 185 new build completions via housing associations, all at ‘affordable’ rent, and forty shared ownership properties were built.* This latter statistic shows that 27% of houses subsidised by the Government in Salford were to be sold by private contractors at full market prices.

Commenting on the figures, Polly Neate, CEO of Shelter, says: “We’re in the depths of a housing crisis so it’s hugely concerning to see the Government building even less affordable homes than in recent years. Our analysis shows that over a million households are now stuck on social housing waiting lists, so we urgently need the Government to come up with a new plan for social housing and build more of the homes that people desperately need…”

Meanwhile, Radio 4 absolutely ripped the piss out of the unfortunate Salford City Mayor, Paul Dennett, in a recent documentary on Salford’s housing policies…

Presenter Iain Watson came to the city to find out how radical Jeremy Corbyn’s Labour Party would be in Government… “It’s useful to look where it’s already in power” he said, referring strangely to Salford (see here)…

“The rhetoric is radical what about the reality?” asked Watson, as Paul Dennett showed him the plans for new council housing, as part of a £2million overall Council scheme via its company, Derive. It showed just eight houses in the pipeline…

“So, just 999,992 homes to go” responded Watson, referring to Labour’s pledge to build one million council houses… “Clearly this £2million programme to provide rented housing is just the first step, a signpost towards Labour’s future direction. But I didn’t feel I was in the modern day equivalent of Derek Hatton’s Militant Liverpool or in Livingstone’s London from the 1980s…”

“…We’ve got Party members who see the manifesto and now want to see me implement that as quick as I possibly can” he added “It’s been really interesting to just go through some of the complexity in terms of the policy complexity and resource complexity and then, in terms of their expectations around delivery it’s that they become a lot more realistic…”

Earlier in the interview Dennett had quoted the city’s motto (‘The welfare of the people is the highest law’) to the presenter – in Latin, and, when asked how the Council housing company, Derive, got its name, answered, “It’s from the Situationist and philosopher Debord, and it’s about this idea of drift if you like, and how you often push people out of situations…”

Ironic phrasing for those who were pushed out of their soon-to-be-bulldozed affordable houses in Broughton, Langworthy, Pendleton and Charlestown…however the presenter concentrated on the pretentious response…

“Actually I was beginning to drift a little with all this unexpected talk of French Marxist philosophy from the 1950s…” he remarked, asking Dennett “Why can’t you just call it Salford Housing?”

First published in The Salford Star on 3 July 2018