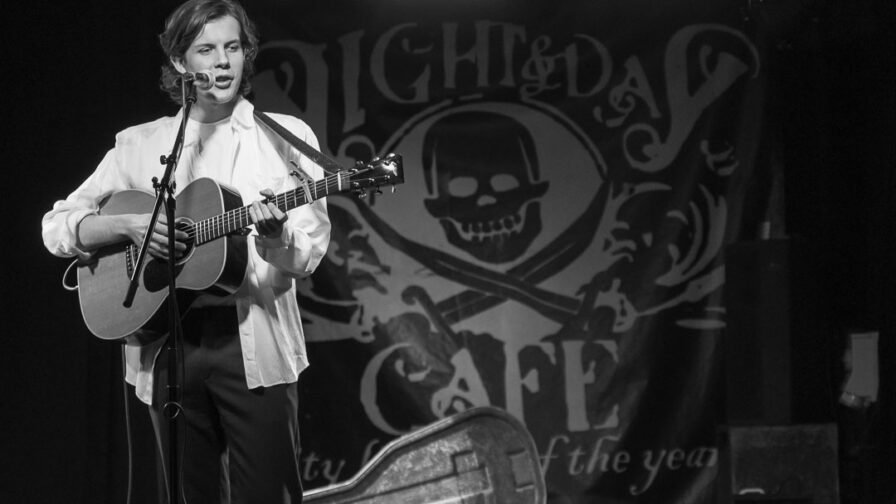 Night and Day in Manchester is celebrating its 30th anniversary. Gary Roberts reflects on the venues illustrious past and the great acts lined up for the future.

For a music venue to earn the title “legendary” requires the ticking of several boxes. It must have a history, both musically and with the social fabric of the city it operates in, the reassurance of artistic continuity and still remain relevant for both past and present musicians to perform and hangout in.

This organic ambience helps nurture new acts and spreads creative talent between band members and the fans who frequent such establishments. Think The Cavern in Liverpool, The Marquee in London or The Leadmill in Sheffield and of course Manchesters very own Hacienda. All too often these intimate temples to nights of sweaty dancing, drinking and inspirational sound fall silent when modern developments swallow the sites for new apartments or expanding pub chains.

However, with the right owners and management and the continuing support of bands and cliental thankfully some such venues, even after the ravages of the covid lockdown, can survive and prosper. One such venue in Manchester is testimony to this perseverance and individuality and can be found at 26 Oldham Street in the Northern Quarter of the City.

Night and Day was founded 30 years ago, this November, after a young Dutch man, Jan Oldenburg, who had fallen in Love with a local girl from Reddish moved to the city and came across the building on Oldham Street. Originally a fish and chip shop Jan’s love of music led him to install a small stage front of shop where Jazz musicians performed alongside the sound of battered cod being fried. For music lovers thankfully the musical performers won out over the culinary delights, and although Night and Day still retains a kitchen, serving classic breakfast fare followed by pizzas in the afternoon and evening, it is live bands that form the focus of this unorthodox venue.

With the addition of a long bar, an eclectic mixture of artworks and furniture together with a hand built low level stage Night and Day grew into an influential but still intimate venue for up and coming as well as established acts for both performance and practise.

Staff and DJ’s  gleaned from the local community and clients added to the social osmosis which in the 90’s resonated from the “Madchester” music scene.

Jan’s friends and associates included Joe Moss ( the Manager of the Smiths and Johny Marr ), Tony Wilson, Badly Drawn Boy and Elbow all who frequented or performed at Night and Day. When the venue faced the threat of closure Elbow’s Guy Garvey told radio station XFM that the venue had been crucial to his band’s career and that it deserved protected status and a blue plaque.

In 2018  the untimely passing of Jan could have signalled the end of this Manchester musical institution. However, Jan’s daughter, Jennifer, who had worked along side him for fourteen years, took up the reins unaware that within two years the venue would face its greatest challenge to date.

Netta who has worked at Night and Day for eight years said: “When the Covid lockdown came we thought it would last just a few weeks but it just went on and on for months. Even when we could open at first it was very limited and Night and Day lives on music so we had to adapt with partitions and serving pizzas outside”. She added, “The stage remained quiet and we all mucked in as table service staff until we opened up again this summer. Thankfully the bands returned and so did our customers and friends”.

Night and day today has kept its musical relevance hosting, as a performance and practice venue, amongst many others Kasabian, Jessie J, Paulo Nutini, the Arctic Monkeys, the Manic Street Preachers the Courteeners, Phoebe Green, Nile Marr and the Orielles. Fittingly Elbow are returning this November, in the week of Night and Days 30th birthday, for a sell-out gig for the “Passport: Back to Our Roots” project. The gig is part of a nationwide series of one-off intimate gigs by the UK’s biggest artists, supporting the independent grassroots venues that form the foundations of the UK’s live music scene.

As Jennifer says: “Our job here at Night & Day is to make visitors feel happy and enhanced; to welcome music lovers, drinkers, diners, bands and DJs into the venue and then later on to see them safely off home.”

Photographer Alvaro Velazquez covered the bands who frequented night in day for the two years leading up to lockdown (see the photographs accompanying this article ) and as a new arrival from Spain was drawn to the venue as a hub of musical talent. As the Covid restrictions are lifted, as with everybody involved and who visits Night and Day, he is keen to see this music institution reemerge  and maintain its heritage as a beacon for the city’s emerging music and established artistic talent. ‘Night and Day’ also hosts art exhibitions, including work from Stanley Chow along with photographic exhibitions to view during the day.

To see listings for Night and Days upcoming gigs, art exhibitions and events for the 30th Birthday as well as dining times and menus – click here.

All photography by Alvaro Velasquez

Alvaro Velazquez is a Spanish Music photographer based in Manchester who works covering events worldwide through worldwidefeatures.com. To see more of his work – click here.