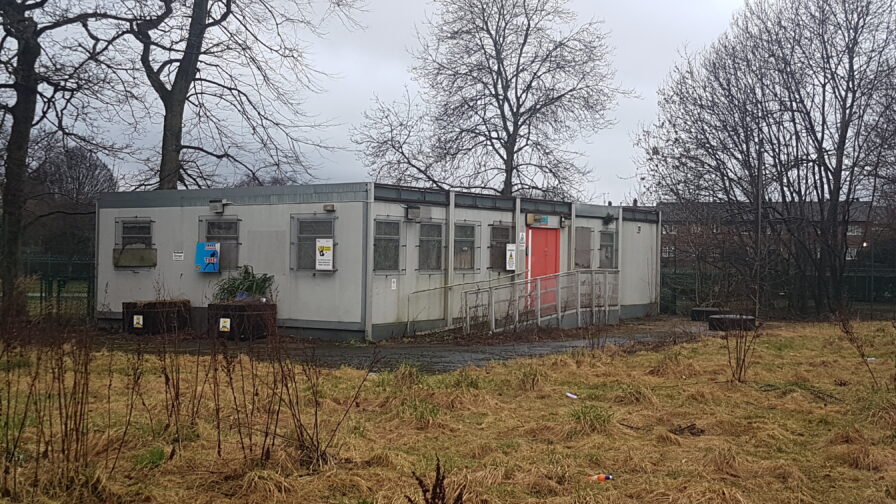 Residents of Newton Heath were left in shock at their local council’s decision to block the proposed renovation of a dilapidated property in Brookdale park for community use, which would have come at no cost to the council budget. Community members have since launched a campaign urging local councillors to reconsider the proposal from Newton Heath Youth Project CIC, who recently secured funding from the Big Lottery Fund to revive the council owned property in order to extend their youth provision in the area.

Newton Heath Youth Project CIC, a local community interest company, were offered a portacabin in Brookdale Park, which has been vacant since 2013, as a potential Community Asset Transfer in April 2016. Community Asset Transfers involve the transfer of management and ownership of public land and buildings from public bodies to community organisations in order to achieve a local social, economic or environmental benefit.

Since last spring directors of Newton Heath Youth Project have been working with the Corporate Property office of Manchester City Council in order to meet the requirements for a Community Asset Transfer, including surveying the property, producing a business plan for the revival and management of the property and successfully applying for a £35,000 grant from the Big Lottery Fund to pay for the renovations needed.

Once this work had been completed, officers from Corporate Property attempted to consult with Newton Heath’s three local councillors, Carmine Grimshaw, John Flanagan and June Hitchen, in order to arrange a lease for the property, but initially had some difficulty arranging a meeting with them.

A number of reasons were initially given for this decision, including concerns around anti-social behaviour, the youth project’s alleged lack of cooperation with the local authorities and the suitability of the property for the project’s needs.

These reasons came as a surprise to Newton Heath Youth Project, as one of the key outcomes of their work is the reduction of anti-social behaviour, and they have worked with police around the only two incidents of ASB that had occurred near their provision since they opened.

The councillors have since suggested a number of other properties that could be rented in order to increase Newton Heath Youth Project’s offer to the community, however the group have looked into each of these and found none of them suit the needs of the project.

After these points point had been expressed by Newton Heath Youth Project to the council, it was suggested in an email from the council that “refurbishment of the building does not represent good value for money and that it should be removed completely.”

However, the funding of £35,000 secured by Newton Heath Youth Project from the Big Lottery Fund means that the council would pay nothing for the renovations, meaning that to demolish the building would actually cost the council more money than to hand it over as a community asset. The group were shocked to hear that their local councillors had decided to refuse granting a lease for the Community Asset Transfer, and do not feel that they have yet received a satisfactory reason for the rejection.

Sandra Whittaker, managing director of Newton Heath Youth Project and member of the Residents Advisory Group for the project, couldn’t understand why a decision to refuse free money for the community has been made:

“That money was ring-fenced for that property. What they don’t seem to understand is if the transfer is denied, that money needs to go back. That’s free money for this community.”

The Residents’ Advisory Group released a statement appealing to the council for some further clarification on why this decision has been made, where they expressed their concerns:

“We as a community group of residents thought that Manchester City Council’s “One Manchester” approach would be proud to have Newton Heath Youth Project CIC and all of the community support that comes with it, as part of their portfolio for our city – evidently these three councillors think not!”

Newton Heath Youth Project CIC, who currently rent space in a property on Averill Street, have been providing youth services to the local area since the council funded provision was cut from the local budget in 2011, working with over 1000 young people since they opened in 2013.

The proposed plans for the property in Brookdale Park include homework sessions, school holiday activities, lone parents’ advice sessions, volunteer coordination and partnership projects from a permanent base within the community. It would mean that Newton Heath Youth Project could increase their offer to the local area by having a full time office base for their manager and employing a part time administrator to oversee the development of the business. They also hope that operating a day time provision from the park would be a safer environment than their current base on Averill Street, which is next to a road, and that their presence in the park would encourage increased community use of these facilities.

When contacted by The Meteor, Manchester City Council gave the following reasons for the decision to block the transfer:

“The council’s decision was taken after considering the needs of the youth project and those of the wider local community.  The council believes that more suitable potential bases for the proposed extension of the project exist in the local area, especially given the poor condition of the portacabin and historic problems with anti-social behaviour around the building, which is close to a residential area.”

Since the decision to block the transfer was made, a petition urging councillors to reconsider has received hundreds of statements of support from local residents, including residents who live near the park. A public demonstration was also held in Brookdale Park this month to raise awareness about the situation.

Evelyn, who works at the Newton Heath Youth Project, has been door knocking to gauge the level of local support for the transfer:

“From my perspective, if the residents don’t want it, then there’s your answer. But that doesn’t appear to be the case. The decisions that they [local councillors] have made with no consultation from the community makes you really question their ethics.”

Newton Heath Youth Project sent a collective letter of concerns to the City Solicitor on 10 November 2016 and have to date received nothing back other than receipt of receiving the email. The guidance from the City Solicitor states that a reply to such communications should be received within 10 working days.