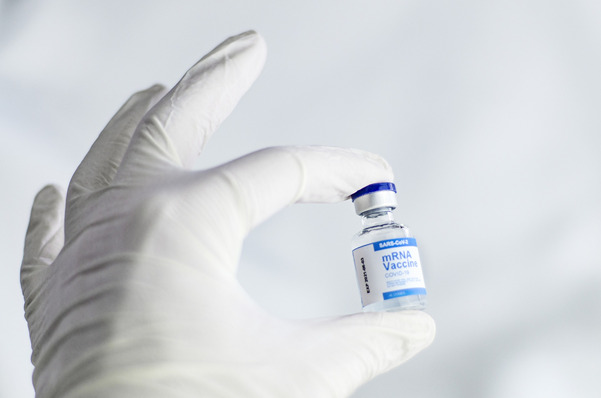 An investigation into GP registration and access to Covid-19 vaccinations found that undocumented migrants are being refused registration despite being eligible.

Manchester authorities and national healthcare experts share their concerns on the barriers raised preventing effective vaccination of a vulnerable minority.

With the UK well on its way into yet another wave of Covid-19 infections, and Greater Manchester’s NHS already opening extra critical care beds for Covid admissions, it is imperative that as many people as possible are given the vaccine to limit the damage done.

The Bureau of Investigative Journalism have uncovered evidence to show that our health service is failing to help undocumented migrants, an extremely vulnerable group who might not have proof of ID or address, get access to healthcare and the Covid vaccine.

Less than a quarter (24%) of all 210 GP surgeries surveyed across cities in England Scotland and Wales, would register someone without at least one of these forms of documentation – in contravention of NHS guidelines. Refusal of registration removes the option for the person to be vaccinated by the surgery and prevents the ability to book a vaccine appointment via website or phone with the NHS.

This data was collected by the Bureau randomly phoning GP surgeries in specific cities across the UK, asking to register a dummy patient named “Rosa” who was female, 40 and without ID or proof of address.

Manchester was the city that actually registered the highest proportion of registrations for Rosa, where out of the 22 surgeries where calls were completed, ten of the surgeries agreed to register her, seven would not register her and five surgeries were unsure.

In December 2020, The National Institution for Health Research (NIHR) found that ethnic minorities, including the migrant population, are disproportionately affected by Covid-19 and are at greater risk of death and severe disease from the virus than people of white ethnicity.

Yet despite the increased Covid-19 risk for displaced individuals within ethnic minorities, research conducted by St George’s University shows “precarious migrants” are under-immunised due to the lower vaccine uptake, and raises “multiple and unique barriers to access”.  The Bureau’s investigation shows that poor registration practice at GP’s surgeries is one more of those barriers.

It is not clear how many people are affected by this barrier as there is no accurate measure of how many undocumented migrants are in the UK, but a recent Pew report estimates it could be between 800,000 and 1.2m people.

In April this year, the government released insistent campaigns urging people under 50 to get vaccinated, framing it as a “collective effort”. Former Health and Social Care Secretary Matt Hancock repeatedly proclaimed statements like, “The UK vaccination programme will go down in history as a phenomenal national effort in the battle against COVID-19.” Vaccination minister Nadhim Zahawi assured parliament earlier this year that because the vaccine is not charged for, if the person is living in the UK, that there would be no need for proof of residence or immigration status.

However, this investigation on access to GP registration contradicts the line released by government and the official policy of the NHS. The NHS Primary Medical Care Policy and Guidance Manual (PGM) states:

“A patient does not need to be “ordinarily resident” in the country to be eligible for NHS primary medical care – this only applies to secondary (hospital) care. In effect, therefore, anybody in England may register and consult with a GP without charge.”

The dummy patient Rosa should not have been refused registration by any of the 210 GP practices contacted by TBIJ. If any refusals are made, the NHS PGM states that it should be issued in writing. But in contravention to the government’s eligibility criteria, only a quarter (24%) of the 210 surgeries contacted said they would register Rosa. Almost two thirds (62%) denied registration, and 14% said they were unsure if they could register her.

In response to the unjust impact of Covid on migrants, Manchester City Council and Manchester Health and Care Commissioning (MHCC) set up the Covid Health Equity Programme to combat the disproportionate effects on migrants and asylum seekers.

One of the reasons why Manchester had the highest proportion of surgeries accept registrations, from the total number of surgeries approached in the city, may be due to the work of Doctor’s of the World in the city. This health and human rights promoting organisation have been working with Manchester Clinical Commissioning Group (CCG), to undertake outreach training in Manchester-based GP practices who have signed up to the organisation’s “Safer Surgeries” network. Signing a GP practice up as a Safe Surgery ensures that lack of ID or proof of address, immigration status or language will not hinder registration. Responding to TBIJ’s data on Manchester, a Manchester CCG spokesperson said:

“The latest training has focused on ensuring that practice staff understand the rights of unregistered people and the barriers to accessing primary care.”

Doctors of the World also provided outreach and training in Birmingham, which had the second highest proportion of surgeries willing to register an undocumented migrant, with a third (33%) of the GPs agreeing to register Rosa in TBIJ’s investigation.

The need for a charity’s presence to deliver fair healthcare service to migrants highlights a dysfunctional immigration system that is failing to protect this vulnerable community where many have suffered trauma in their journey to get here. Asylum seekers and refuges are more likely to suffer from depression, PTSD and anxiety, than the local population.

Even with Doctors of the World’s guidance, just over half of the surgeries would not register Rosa, or were unsure whether they could.

The Meteor asked Afzal Khan, Labour MP for Manchester Gorton, about his thoughts on the Manchester data collected by TBIJ and the government’s role in the situation, he said:

“The Government’s creation of a hostile environment for immigrants in our country, means many people living with unofficial or uncertain status will understandably be hesitant or scared to come forward for their Covid-19 vaccine.

“I am disappointed, but not surprised, with these findings. While I’m pleased Manchester performed better than other areas, clearly more needs to be done.”

The Bureau were also provided with incorrect information when ringing surgeries and Covid helplines, one receptionist said “We wouldn’t be able to administer the vaccine if she hasn’t got UK status.”

In response to this, a spokesperson from Manchester City CCG, referring to migrants being offered incorrect information when asking receptionists or helpline staff, added:

“I would hope and expect they would go away to find out more and return to offer a service as required under their contract.”

Afzal Khan, who has opposed Priti Patel’s New Plan for Immigration in parliament, and has pledged to “continue fighting for a fair and humane asylum system”, added:

“It is vital that we all get vaccinated, and everyone regardless of their immigration status is eligible to receive the vaccine, no questions asked. I would encourage anyone who has not yet done so to visit one of the many vaccination clinics or vaccine pop-ups, such as at Belle Vue Sports Village, which are open across Manchester.” He went on to say, “if anyone in Manchester Gorton is struggling to get the vaccine or has ongoing concerns about their immigration status, you can contact me on afzal.khan.mp@parliament.uk.”

In contrast to Manchester’s top ranking on the study, Luton performed the lowest with none of the GPs agreeing to register the patient. In addition, TBIJ noted that one Luton receptionist told the caller, “she won’t be able to get vaccinated until she’s got an NHS number,” which is strictly untrue as the NHS Primary Medical Care policy states:

“…when applying to become a patient there is no regulatory requirement to prove identity, address, immigration status or the provision of an NHS number in order to register.”

This information is accessible to a person willing to delve into online reports, but for those with poor media literacy, no access to the internet, or problems with language, challenging the discriminative misinformation provided by healthcare representatives imposes yet another onerous barrier.

Barriers erected by poorly trained GP receptionists who wrongfully deny registration fit well, even if not by design, with the “hostile environment” policies introduced by former Home Secretary Theresa May in 2012. The Home Office laws on immigration have allowed for aggressive and intrusive checks on migrants, additional fees, like the NHS immigration surcharge and restricted access to benefits.

Up until 2018, the Home Office was able to obtain data from GPs to help trace immigrants. Dr Sally Hargreaves, a migrant healthcare and vaccination expert at St George’s University, adds that precarious migrants’ mistrust in the NHS deters them from using the services out of similar fear of being deported or arrested.

Additionally, data from the Office for National Statistics show that ethnic minorities, including migrants and asylum seekers, are likely to avoid getting vaccinated due to fear caused by a wide variety of reasons including a history of unethical healthcare in research trials. The numerous reasons why migrants are less likely to be vaccinated fit within the hostile environment created by government for migrants in this country, which will be exacerbated by Priti Patel’s New Plan for Immigration.

Epidemiologist Dr Deepti Gurdasani of Queen Mary University of London shared her thoughts of the systemic issues for migrants underpinned by the government’s immigration laws:

“While everyone should have access to vaccination, there are clearly structural and institutional barriers to this that most undocumented immigrants will not be able to get past. And there is clear and legitimate distrust of a government which has enacted systems that are structurally racist and discriminatory.”

A report by St George’s University shares that the government needs to regain trust in migrants with more effective public health messaging like “clear, accessible, and tailored information campaigns, co-produced and delivered by trusted sources within marginalised migrant communities.”

A government spokesperson for the Department of Health and Social Care stated:

“We are working closely with the NHS and our health partners to contact people, including migrants, who are not registered with a GP or may not have an NHS number, to ensure they are offered the vaccine.”

Voicing her opinion on the government’s overall response to tackling the evident disparities in vaccination, Gurdasani said:

“While the govt says vaccines are available to all, this is just an empty statement, given it’s clearly done very little to ensure that this is actually the case, and the reality for those on the ground is clearly very different. From a public health, and humanitarian perspective, this is extremely concerning.

“It’s also interesting that the govt has been happy to invoke vaccine hesitancy in minority ethnic groups to try and explain away the Bolton surge in cases, which was clearly down to government’s failed border strategy which led to the import of the highly transmissible delta variant, but has done almost nothing in terms of real engagement with groups where vaccine hesitancy is higher to understand and address the underlying causes of this.

“It has done very little to gain trust among groups who have been marginalised by their own policies for years. They have very legitimate reasons for their distrust.”

Support from Doctors of the World and local charities like Greater Manchester Immigration Aid Unit, who offer advice on accessing healthcare services, are beneficial in combating disproportionate effects of Covid on migrants on a local scale. However, TBIJ’s investigation highlights the broader issue of an unjust immigration system combined with poor training in GP surgeries on how to help migrants through this Covid crisis, is contributing to the low vaccination uptake in marginalised groups. Dr Gurdasani said:

“As long as these groups are marginalised, they remain vulnerable. And in a pandemic, we’re not protected unless everyone has equitable access to vaccination, testing and healthcare.”

To read the The Bureau of Investigative Journalism’s report – click here.