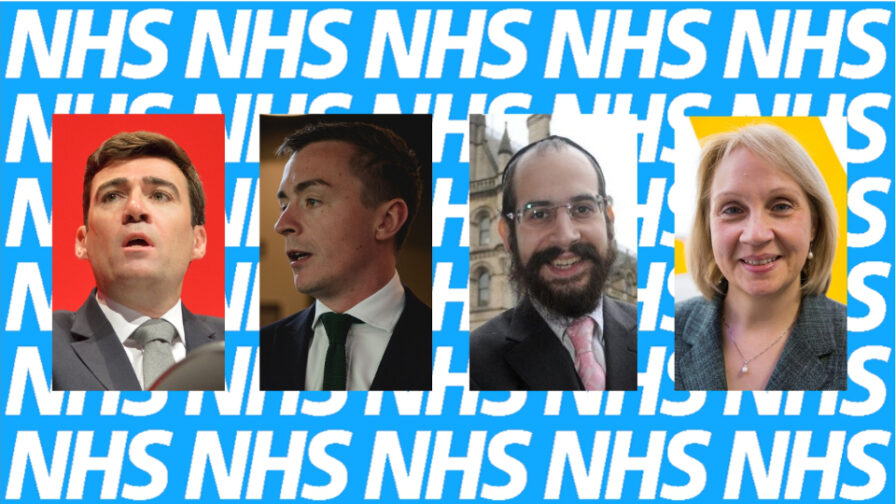 Headlines reporting on the increasing severity of problems faced by our health and social care systems are coming thick and fast, offering a bleak view for the future of the services within Greater Manchester and across the UK.

One of the latest reports shows that A&E patients in England seen below the four hour threshold target fell to a record low of 86% last December; the target is 95%. This record soon fell, as figures leaked to the BBC appear to show a new record low of 82% for January 2017.

The reports of increasing A&E delays come quick on the heels of news concerning:

The British Medical Association, 2,000 top NHS Doctors, even chief of NHS England Simon Stevens,  insist that underfunding is a key issue contributing to the problems faced by the NHS. The government, in statements issued by Prime Minister Theresa May and also by Health Secretary Jeremy Hunt, insist that the NHS is receiving sufficient funds.

The connection between the problems faced by the NHS and those of the social care system was vividly illustrated by the case of Ms Iris Sibley. An 89-yr-old woman with dementia who was forced to spend six months on a hospital ward, despite being medically fit to leave, because no suitable nursing home place could be found for her. The cost to the NHS was £450 a night, totalling around £81,000, and although Sibley’s case is extreme it is not unusual.

Since 2010 there have been 380 care home closures declared across the UK, at a time of rising demand due to our ageing population. Care homes are struggling because of a fall in the amount councils pay towards residents’ fees, due to decreased funding given to local authorities. A report by the Health Foundation calculates the funding shortfall for adult social care could be £1.9bn in 2017.

There are also shortfalls in funding predicted for Greater Manchester (GM). The GM Health and Social Care Partnership is a body formed from the 37 NHS organisations and local authorities as part of the Devo Manc deal. It now directs all health and social care in GM and recently revealed a predicted £897m deficit for the NHS and a £176m social care deficit. An £880m reduction in this shortfall is predicted through efficiency savings, which still leaves £193m to be found.

The Devo Manc devolution deal for Greater Manchester offers the elected GM mayor an opportunity to address problems with the health and social care services in the region. The mayoral elections for GM are on 4 May 2017. This is the third of six questions asked of the candidates. Details of the other questions can be found at the end of this article.

“Almost seven years of Tory Government has been a disaster for our health and care services in Greater Manchester. Instead of focusing on improving the care of older people, or making sure we’re training enough staff, the Tory Government in Westminster has been obsessing over reorganisation and privatisation.

As a result our hospitals are facing record deficits, hundreds of thousands of patients are stuck on growing waiting lists and older people are not receiving the care they deserve.

Devolution gives us the opportunity to address some of these problems, but we need to be realistic about what we can achieve. Our NHS is under intense pressure and is suffering from years of Tory underfunding.

What we can do is make sure we design our health and care services to be more efficient and more focussed on people. I want Greater Manchester to develop the country’s first fully-integrated National Health and Care Service. A service that focusses on keeping people out of hospital, and keeping people healthy at home.

Many of the problems facing the NHS and social care services in Greater Manchester are workforce related, ranging from shortages of key and specialist staff to the quality of training for care workers. Our area is overly reliant on recruitment from overseas and on hiring expensive agency staff.

I want Greater Manchester to be able to develop its own workforce plan, and to have more control over the funding held in Westminster. This would allow the Mayor to plan for the workforce needs of Greater Manchester, ensuring we have enough doctors and nurses, developing new career pathways for local people, and looking at how young people can be supported financially throughout their training. As part of this I want to look at whether we can develop a student bursary in Greater Manchester to support people training to be nurses or midwives and encourage them to stay working in Greater Manchester when they qualify.

Too many people in our region who experience a mental health problem do not get the help they need. The situation is particularly grave for children who have to face long waits to get the right care or are left to struggle without any support at all. I want to make mental health a priority in Greater Manchester, and do everything within my power to ensure that parity of esteem between mental and physical health becomes a reality.”

“For every year that I have been alive there has been a point in the year when somebody says the health service doesn’t have enough money and the solution to that is we throw more money at it. It is perfectly right that the NHS has the resources that it needs to deal with the issue.

Social care is under tremendous pressure, more so than the health service and the two are interlinked. If you have difficulties in one it does not help the other. But at any one time in GM a third of the people that are in acute hospital care don’t need to be there. If you were a business and had operating costs where they were a third higher than they needed to be, you would do something about it.

What we need to do with health and social care across GM is start talking about peoples’ wellbeing rather than just organisational structures. We should use the opportunity we have to shape and influence the system by having devolved health and social care, by saying ‘well, for years throwing money at the problem has helped but hasn’t resolved it’. On the surface it helps you get by but it doesn’t fundamentally tackle the issues of making sure people are getting the right care at the right time in the right location.

We need to ensure our community based care services are working to help people come out of hospital, that people are getting the social care they need so they don’t go into hospital in the first place. That GP’s are available to people alongside services like pharmacies that are available to communities, that we are commissioning things in a way that is helping us to be more cost effective. Providing not just efficiencies to save money, but also to get better outcomes for people.

What generally happens when you do any of that is you create capacity in the system, in hospital. But that just gets filled with more unmet demand, so you don’t really get the outcome you want. That is because we have families and households across GM that feel left behind, and have complex issues that need to be supported. Issues around employment, drug and alcohol abuse, domestic violence, young people that are not accessing a good school.

Where devolution ought to work best is where you don’t just have a conversation on health and social care, we talk about all those other things as well. If we do that we will have a golden opportunity to do what the rest of the country will be unable to do, which is to really have a health and social care system that works for everybody.”

“With the NHS, where I will dedicate the lion’s share of my energy, I can’t say more until my manifesto is finalized. I’ll have comprehensive answers mid-March.”

“There is no good solution without proper funding, and the Government’s inadequate funding of the NHS and social care is a scandal. And let’s not forget that promise of “£350m a week for the NHS” – the outrageous claims made by the Leave campaigns are of no help to our NHS in despair.

However, we must do the best we can with the resources available. That means bringing the NHS and Social Care together in a joint service that best meets the needs of everyone, saving money and getting rid of the gaps in the system that far too many vulnerable people fall through.”

This is the third in a series of six articles that record the GM mayoral candidates’ answers to questions put to them by The Meteor. The other five are on the subjects listed below, which will be hyperlinked when published: