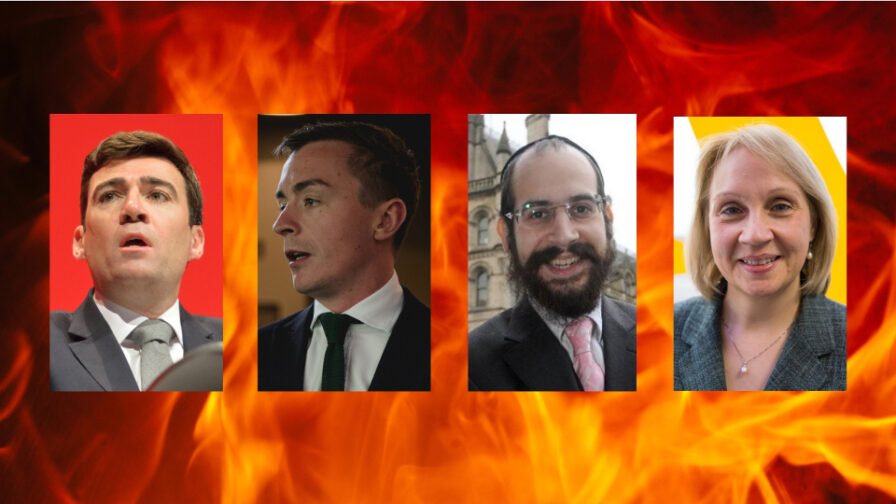 Our innate fear of fire is justified: it can kill and maim with frightening speed. Since 1826, when Manchester first adopted a local authority provided fire brigade, there has been a steady increase in the brigades effectiveness in fighting fires and saving lives. But now the fire brigade’s advances appear to be heading in the opposite direction as austerity-driven cuts steadily slice away at our fire services.

The Greater Manchester Fire and Rescue Service are facing £14.7m of cuts to their budget, and had initially agreed to cut around 250 firefighters to achieve that. The GMFRS executive then shocked the firefighters by announcing, last September, a plan to sack 1017 of them. They would then have to agree to a new 12-hour shift rota system before being reinstated, in an attempt to account for £10m of the cuts. A public outcry against the plan, and a petition which rapidly acquired 16,000 signatures, led to the controversial plan being shelved. The budget cuts and job losses are, however, still on the cards.

This is just the latest round of cuts to hit the GMFRS. Simon Yaffa, Chair of the GM Fire Brigade Union (FBU), says: “Over the last six years £28 million has been cut from the GMFRS budget”. Yaffa explained that over ten years ago there were 2,200 firefighters in GM, the currently proposed cuts would reduce that number to around 1,100 and left him in “fear for the future of the fire service”.

In 2016 there was a reported increase in fire deaths and injuries in GM over the previous year. Nationally there has been a 21% increase in fire deaths reported in 2015 compared to 2014. These increases in fire deaths and injuries coincide with increasing 999 fire response times , and concerns about inadequate staffing levels on some fire engines in GM. There are also fears that new cuts to the GMFRS would reduce their ability to respond to flooding events and terror attacks.

The Devo Manc devolution deal for Greater Manchester offers the elected GM mayor an opportunity to address the problems faced by the GMFRS and other emergency services. The mayoral elections for GM are on 4 May 2017. This is the last of six questions asked of the candidates. Details of the other questions can be found at the end of this article.

“Our fire service is under intense pressure and facing increasing demand. The Tory Government in Westminster has cut one in four frontline firefighters in Greater Manchester – putting the public at risk.

I will work in partnership with Trade Unions to make firefighters jobs safe and secure. I will fight for a fair deal from the Government so that we have the resources we need to keep our streets and communities safe.

The creation of a Mayor also gives the opportunity to achieve better collaboration between the fire and police services and other public agencies. This is vital at a time of financial challenge – we need to ensure that all public services work together effectively and efficiently.”

“The GM Fire and Rescue Authority has been under considerable financial pressure, and it will become the responsibility of the Mayor upon taking post. We need to ensure we have emergency response services that are helping to try and prevent things happening in the first place.

GMFRS do an amazing job at working with communities across GM fitting smoke alarms and promoting fire safety. I want to make sure we have a fire service that is funded to do what it is there to do: respond to emergencies and do it in a way where decent employment conditions are maintained, but I don’t think you ever close the book on what modern terms of employment are.

My general way of doing politics is rooted in pragmatism: I think there is always a solution to the challenges you face. Sometimes you don’t have a choice about those challenges but you do have a choice about how to respond to it. I think it is important that you do it in the most collaborative way possible, because I have no interest in getting out of bed in the morning and going in to a fight with somebody.

The GMFRS still faces a significant financial challenge. There is no changing that, it doesn’t matter what anybody says, that is what it has got to deal with. They [GMFRS] had a view clearly, that the substantive costs of the fire and rescue authority is the cost of firefighters and other employees.

You have to look at the resources that are available. You find a way of setting out your position and then have a conversation about it. If you think about the decisions the Mayor will have to take on: the fire service, policing, transport, spatial planning, health and social care, skills and employment, inward support and business investment, it is a huge job. It boils down to who do we think is best able to lead the city through difficult decisions.

Trafford, the authority that I lead today, has not been immune to those difficult decisions. We changed employment conditions here a number of years ago and we did that in collaboration with the unions and the workforce, and we made changes where suggestions had been made. We got to an outcome that may not have been what everybody wanted but it met as many peoples’ needs as possible. I am not just saying I would do that, I can prove to you that we did that without industrial action and without the threat of it. That is because, and it is a great thing, we have a good relationship with our unions.”

“With the rest of your questions [referring to this question on the fire brigade and two other questions] it wouldn’t be fair for me to tie the hands of my members and the public who are assisting me in drafting our manifesto. I’ll have comprehensive answers mid-March.”

“I am immensely proud of our firefighters and all they do. The cuts in Government funding are disgraceful and should be reversed. But as Mayor I will have to deal with the situation as it is. Rather than hit the firefighters, I will look to make savings by having the management of the different emergency services working together or merging. We can make efficiencies in management and bureaucracy first.”