‘Mariupol is like Manchester’- says Ukrainian MP, as Russian bombing of civilians continues 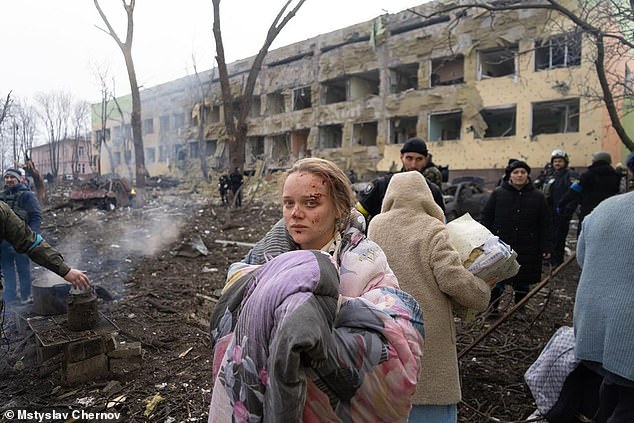 Ukrainian MP Dmytro Gurin says the city of Mariupol is under a “medieval siege” that is “not war any more, it’s just killing innocent people… just try to imagine all of this in Manchester.”

A Ukrainian MP originally from the city of Mariupol, which is currently surrounded by Russian forces, spoke of the humanitarian disaster unfolding in the city and called for more aid for Ukraine.

Speaking on the Radio Four Today programme this morning, following the horrific shelling of the maternity hospital in Mariupol where three people died, MP Dmytro Gurin said his parents who are 67 and 69 were still alive in the city and estimated they had food for three or four days. Gurin said:

“They cannot go out of the city because the Russian army they strike, they shell humanitarian corridors, they, mined all the exits from the city, they shoot the private cars trying to escape.

“So it’s a medieval siege, it is not an ordinary war anymore. A week ago it was ordinary war and we asked for help from western world and you helped, and we appreciate and we thank you, and now it’s not war anymore it’s just killing innocent people.”

Food and water are in short supply in Mariupol, with reports of one six-year-old girl called Tanya dying from dehydration after her mother was killed. Today mass graves are being dug and filled in the city. Mayor Vadym Boichenko has previously stated that it is difficult to count the dead because the bombardment never stops, and the local authorities have asked for dead bodies to be left outside in the streets, covered up.

The images of the attack on the maternity hospital may have shocked the world, but that has not been the only attack on a hospital’s in the city. Gurin described the central hospital in Mariupol being attacked several days earlier but because there were no photos there was little coverage. Talking of the devastating attacks against Mariupol, Gurin made the comparison to the UK, saying:

“Mariupol is like Manchester, and just try to imagine all of this in Manchester… now in Mariupol there are still hundreds of thousands, around 400,000 people in this mousetrap.”

There have been many headlines over the last week discussing the possibility of a no-fly-zone over parts of Ukraine to prevent Russian military aircraft operating. The no-fly-zone strategy has been openly opposed by the UK, US and NATO due to its potential to escalate hostilities between NATO and Russian conventional forces, and then lead to an exchange of nuclear weapons.

Gurin, calling for western countries to impose a no-fly zone over Ukraine, was asked by presenter Nick Robinson whether he was frustrated by western powers to implement a no-fly zone, Gurin replied:

“We are not frustrated. It is our land, it is our children, we will win. We don’t have a place to run, and we are not going to run. The frustration is for the situation in two years when you, all the civilised world will have to answer, what did we do at that moment when hundreds of thousands of European people were in the mousetrap, when it was a medieval siege. Was their blood red enough?”

If you want to help people in Ukraine, the MEN have collated a list of drop of points for donations, across GM – click here