Manston refugee scandal is just the tip of the iceberg, with North West asylum accommodation dilapidated and overcrowded 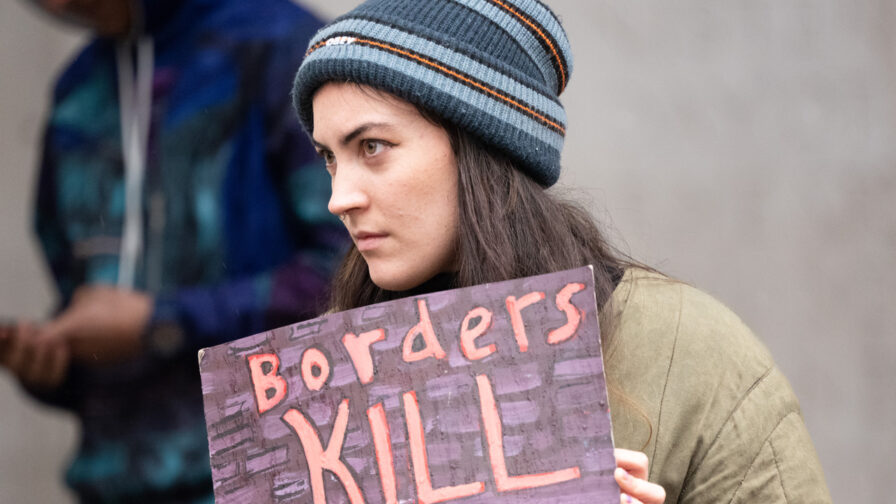 Sunday 6 November saw a crowd gather in Manchester’s St Peter’s Square, calling for the shutting down of the Manston immigration centre in Kent and to demand better treatment of asylum seekers nationwide.

Speakers from various local groups including No Borders Manchester and WAST (Women Asylum Seekers Together) gave passionate speeches in the rain, criticising the government’s treatment of refugees and asylum seekers.

Eunice, from WAST, who has been through the asylum process herself and now works with refugees, said that she had been very disappointed by the recent comments of Suella Braverman. The current Home Secretary has described the arrival of recent asylum seekers as an “invasion”.

“Manston should be shut down as asylum seekers who arrive are looking for safety. This place is not safe and the conditions are poor. The refugees are fleeing for various reasons. From war, persecution and domestic violence. Someone who has been traumatised and managed to get to a safe country should feel protected, not put in an overcrowded place with other traumatised people.”

Other speakers referred to the obligations of the UK, and other developed nations, to take responsibility for past and current actions which have contributed to the causes of migration.

It must also be remembered that many of the conflicts that have led to mass migration into Europe have been fuelled by developed countries’ foreign intervention.

In addition, as climate change exacerbates the impact of conflict, it should also be considered who is responsible for creating this driving force for mass international migration. A factor that the current Prime Minister, Rishi Sunak, should take on board during his recent rescheduling of the planned visit to COP 27.

Rhetta Moran, founder and researcher from RAPAR (Refugee and Asylum Participatory Action Research), a human rights charity founded 21 years ago in Salford, and now based in Manchester, adds:

“The people at the camp, the Chief Inspector of Prisons, MPs from all parties and refugee organisations have denounced conditions at Manston. It is severely overcrowded and a health hazard with outbreaks of scabies and diphtheria reported as a direct result of the conditions there.”

Moran also refers to the report from the The Chief Inspector of Prisons:

“[He] has pointed out many families and individuals have now been there for extended periods of time. Due to the outcry about overcrowded conditions at the camp, the Manston staff dropped a number of residents in the middle of London and left them there. The system is chaotic and a result of the UK government’s refusal to provide safe routes for people leaving dangerous countries like Yemen, Sudan, Congo, and many others.”

RAPAR also highlighted their concerns about the facilities for housing asylum seekers in the North West.

“There is not enough accommodation in the North West for people seeking asylum and this is entirely down to Serco which has a contract with the Home Office to manage decent asylum support housing for those who are eligible. We have raised many concerns about the hotels managed by Serco, which are meant to be short-term but are not, and about the state of disrepair of some of the accommodation they manage in the community. There are safeguarding issues in both the hotels and in the community.”

Those protesting called for Mancunians to become involved by encouraging their trade unions, community groups, churches and other organisations to find out how Serco is managing its asylum housing contract in the hotels and in the community. And by contacting their local councillors, MPs and Greater Manchester Mayor Andy Burnham to urge them to protest to the Home Office about this hidden housing scandal.