Manifesto of councillor tipped to replace Leese, leaked prior to election 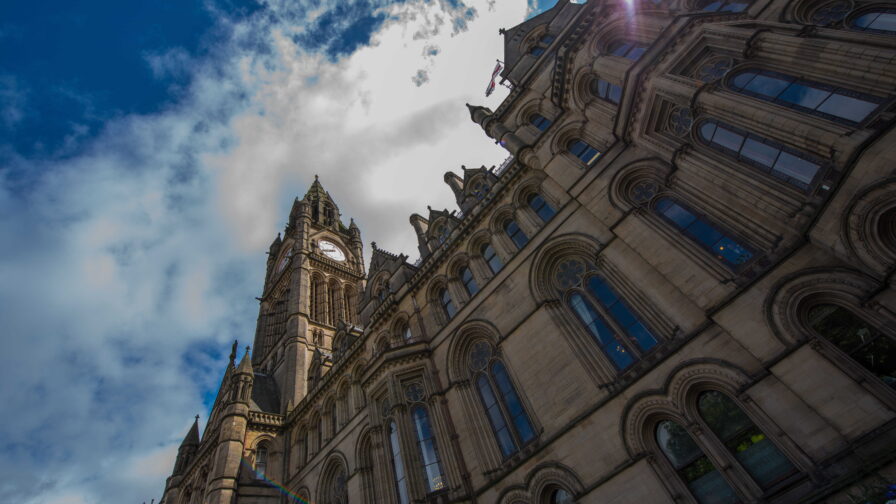 In the leaked manifesto, Hulme councillor Ekua Bayunu pledges to tackle the climate emergency, rebalance the economy, prioritise healthcare alongside education, and reform the council if elected Manchester council leader.

The manifesto of a councillor in the running to replace Sir Richard Leese as leader of Manchester city council has been leaked to The Meteor, defying the Labour party’s leadership election rules, on the eve of the council meeting to determine the outcome.

Hulme cllr Ekua Bayunu, one of the four councillors tipped to become the next leader of Manchester council, has produced a list of policies on topics ranging from climate breakdown to inequality, education, healthcare and planning.

In the document, titled A Manifesto For Change, cllr Bayunu announces she will prioritise addressing the climate emergency, rebalance the local economy, prioritise healthcare and education, and reform the council.

The Meteor recently reported that councillors vying to become leader of Manchester council were being prevented from saying what they’d do in office. This was after Climate Emergency Manchester called on the candidates to take a series of actions to address the climate crisis.

The candidates told The Meteor they couldn’t state what they would do once in office because speaking to the media would break the party’s leadership contest rules, which Manchester Labour Group has failed to provide a full account of, despite being asked to do so by The Meteor. The manifesto, leaked to The Meteor, represents a breach of those rules.

The manifesto was released to The Meteor by a source who is not a Labour councillor in Manchester. When cllr Bayunu was approached by The Meteor, she confirmed that the manifesto was produced by herself and other members of the Manchester Labour Group in order to inform other Labour members who would be voting in the leadership election tomorrow. Cllr Bayunu said she was not the person who leaked this document to the press.

Here are some of cllr Bayunu’s key manifesto pledges for her first year in office.

Cllr Bayunu promises to conduct a review of the council’s relationship with Manchester Airport and to explore “other potential sources of funding,” a clear nod to airport divestment campaigners.

She also says she would create a “Green Spaces Fund” to create and protect green spaces and protect biodiversity.

In a clear break with the Richard Leese era, cllr Baynu promises “a shift of priority away from economic growth based on commercial profit and towards the health and wellbeing of residents.”

Cllr Bayunu pledges to work with councillors and council officers to produce an “anti-poverty action plan” for each of the city’s ward. She also promises to take steps to review and reshape the budget process so that it prioritises those in poverty.

The councillor says that under her leadership the council would prioritise “sustainable, quality developments which provide social housing and help to develop a locally based economy.”

She also says she’ll review all council-owned land and determine future use in conjunction with ward councillors and in line with the new economic, social and environmental priorities of the council.

All council owned land which is not already committed for use in line with the new priorities “will not be sold off or gifted for any purpose other than the provision of social rent or sub Local Housing Allowance rent, home building by Registered Providers,” the manifesto says.

Cllr Bayunu says she will commit to ongoing targets of “500 or more per year Housing Revenue Account council homes and other social rent homes from Housing Associations.”

A promise to develop a capital programme to deliver purpose built temporary accommodation for “at least 500 households over the next three years” is also delivered.

More resources to the council’s health scrutiny committee, are promised, as well as giving members more access to independent expert advice and training.

Cllr Bayunu says that she would “prioritise the aim of bringing all publicly funded educational services back into a coordinated fully funded system,” with “proper democratic oversight” and to “develop an industrial strategy to achieve this.”

This, she says, would allow Manchester council to give workers in the education sector “the best pay and working conditions possible”.

She alleges that the current council system has “failed to harness the incredible expertise available amongst us,” and that the culture of the council “needs to reflect the views of all its members.”

Cllr Bayunu pledges to implement reforms which will enable “all councillors, regardless of age, gender, disability or ethnicity” to “contribute equally.”