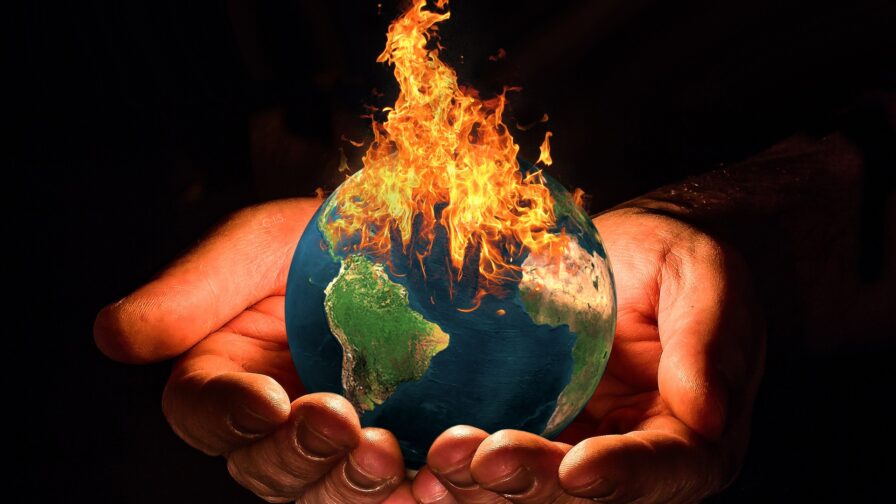 Manchester city council's Executive Committee met yesterday to review the Council’s 2020-25 Climate Change Action plan. The Tyndall Centre, Manchester, told The Meteor that it was likely Manchester was 'off the pace in terms of year-on-year reductions' in carbon emissions.

Climate scientists at the Tyndall Centre, world leaders in interdisciplinary climate research, say Manchester is likely to be “off the pace” when it comes to reducing carbon emissions and it is a “matter of urgency” for Manchester to take more decisive action, as Manchester city council Executive Committee yesterday reviewed the progress of its climate change action plan.

The report contained a summary of the main areas of progress against the five sections of the Plan. These were buildings and energy; transport and travel; reducing consumption based emissions and influencing suppliers; climate adaptation, carbon storage and carbon sequestration; and influencing behaviour and being a catalyst for change.

The Executive Committee heard the council’s direct carbon dioxide emissions had gone down by 54.7% between 2009-10 and 2019-20, with 32% less emissions in the first quarter of 2020-21 compared to the same time period a year before. Direct emissions are those which the council has direct control over, or for which it is financially responsible.

Councillor Angeliki Stogia, the council’s environment lead, said this was proof the council had taken “tangible action” on climate action.

Stogia highlighted that the council earlier this year allocated £92.5m to tackle the climate crisis, and pointed to measures such as retrofitting official buildings, investing in the largest electric bin waste fleet in the country, tree planting, and a policy to consider adding a 10% “environmental weighting” across all supplier contracts.

However, according to an assessment Climate Emergency Manchester conducted in February, government cuts account for the vast majority of the decade-long decline of the council’s direct carbon emissions.

“Tory austerity, as well as blighting the lives of millions, also forced the Council to cut staffing from 10,0000 to 6,000, sell off many buildings and cut services,” Climate Emergency Manchester says. “This, combined with the partial decarbonisation of the Electricity Grid, has led to the majority of reductions.”

The question of whether the 54.7% reduction in carbon emissions was mainly due to a decade of austerity was put to Manchester city council. A spokesperson replied:

“We have openly acknowledged that reductions in staffing and the decarbonisation of the national grid have contributed to the significant decrease in our carbon emissions up to 2020. But this was also very much the result of concerted actions, for instance the programme to replace the city’s street lights with low emission LEDS and consciously pursuing the policy of reducing the number of buildings staff operate from to maximise energy efficiency. The Climate Change Action Plan 2020-25 sets out detailed actions for how we will go further, faster.”

The Tyndall Centre for Climate Change Research at the University of Manchester also told The Meteor it was too early to say definitively whether progress had been made, while saying that Manchester should be taking more measures to match the scale and urgency of the climate emergency. Dr. Christopher Jones, knowledge exchange fellow at the Tyndall Centre, said:

“We don’t know yet how progress against the 2020-25 target is going. Headline data for local area CO2 emissions currently lags two years behind so we can’t quantify progress so far.

“2020 was also an unusual year for carbon emissions so it’s not necessarily a clear indicator of overall progress. It is likely that Manchester, like the rest of the UK, is off the pace in terms of year-on-year reductions which given the scale of change called for isn’t surprising, but policies and actions on this are a matter of urgency and I hope to see progress on this.

“For Manchester as a whole, while the Council has a leading role, the targets can only be met with buy in and action from actors across the city and supporting national policies.”

The Executive also heard the emissions data at the city level, including emissions from private industry and housing, was far less promising with emissions  “estimated for 2018 and 2019… show Manchester is not yet following the recommended pathway, meaning the carbon budget is being used at a faster rate”, the report says. “Emissions fell in these years by 2% and 4% respectively. This is against the 13% year-on-year reduction in emissions that are set out in the Climate Change Framework.”

The report neglected to mention the fact that in July last year the Manchester Climate Change Partnership, of which the city council is a member, predicted the city had already used 26% of its carbon budget for the 21st century in 2018 and 2019 alone.

This has a knock-on effect on how drastically the city needs to reduce its emissions. Analysis from Steady State Manchester shows a rate of 14.8% year-on-year reduction in emissions was required as of 2020.

Councillor John Leech asked Stogia what impact this would have on the council’s work during the Executive Committee meeting. Councillor Stogia admitted the council would be “playing catch up” and said:

“The assumption was, in some of these areas, that we were not going to have emissions [reductions] in the first one or two years, not least with the big infrastructure projects which are going to give us more reductions towards the end of the five-year plan… Some [projects] will deliver immediately and some of them will be further down the line. But we are proactively monitoring all of these emissions, and we are confident we are still on target to deliver them over the five-year period.”

Environmental campaigners do not share that confidence and are deeply concerned that the city will fall further behind its high climate ambitions, and have called for the creation of a seventh scrutiny committee dedicated to climate change. Dr Marc Hudson, of Climate Emergency Manchester, said:

“Manchester City Council has been making impressive sounding promises about climate change for decades. The implementation of these promises never gets sufficiently scrutinised, and most of the promises have been broken, the targets missed and quietly forgotten.

“The Council announced a carbon budget for the city in 2018. A quarter of the entire twenty-first century budget got used up in the first two years. There were no emergency meetings about this. Now, when asked to create a scrutiny committee that looks at the whole city’s emissions, they are claiming it isn’t possible.

“Without regular forensic scrutiny history will repeat itself… The council must stop dodging responsibility and do what they were elected to do, which is to look after the long-term health and prosperity of the people who live here.”

Manchester City Council will decide on what its scrutiny arrangements for climate change will be on 31st March.