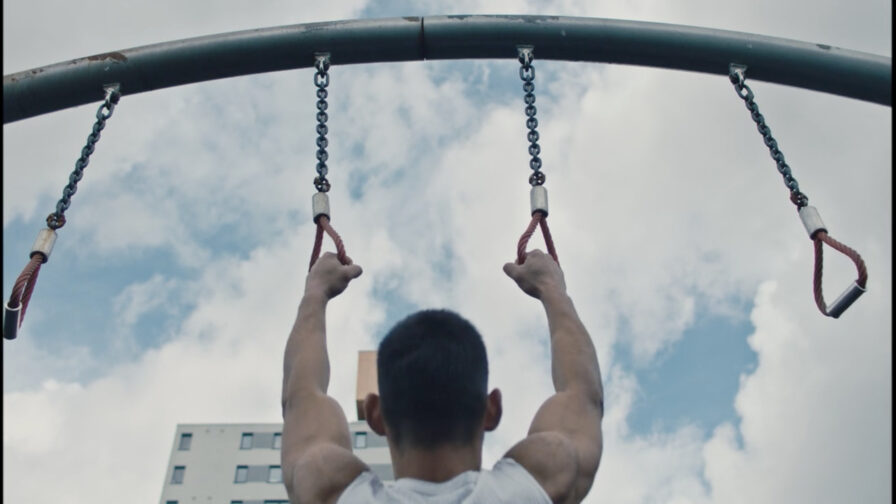 This year Manchester Film Festival, taking place 11-14 March, will be a virtual event due to Covid-19, with screenings and Q&A’s taking place online. Although you will have to watch the eclectic mix of films on offer from home, the narratives of the films offer up close and personal portraits of an array of characters experiencing challenging situations.

There is plenty of Manchester filmmaking talent on show, with four narrative short films screened at the festival in its North West Shorts session, on 13 March. With succinct storytelling, great performances and stunning visuals, each film creates a unique depiction of society today on topics ranging from life under lockdown, to homelessness, to extremism.

Here are the four must-see narrative short films directed by Manchester-based filmmakers being shown, with excerpts from interviews with the filmmakers themselves.

From boxers, to pubgoers, to butchers, to single mums, this people’s panoramic is a snapshot in time, highlighting the anxieties, struggles and even solaces of the first lockdown.

“If the interviewee had a specific role in society, or if they had a specific class or profession, we reflected that in their portrait,” Charlie tells me.

Watt’s says he positioned his subjects centrally in the frame, with an uncomfortable headroom above each of them, to lend the film and its characters the feeling of social isolation, “of feeling like a prisoner in your own reality,” which came to define 2020.

“I felt like that when we heard them speak, it should be this sort of narration. I wanted it to feel like a collection of moving photographs. I’m a big fan of photobooks, and often I’ll flick through them and look at all these portraits. That’s what I wanted this film to feel like.”

Produced as part of the Uncertain Kingdom project, Pavement is a modern-day parable on homelessness and public contempt for the destitute. Directed by Jason Wingard, this film tells the surreal story of a rough sleeper who slowly sinks into the pavement as if it were quicksand, while security, the police and members of the public bicker about what to do with him. Only one person shows any compassion for him. Will it be enough to save him?

Gripping, poignant and technically impressive, Pavement is a damning indictment of the public’s “faux caring” for the homeless, pointing out that this concludes logically with a wish to see them vanish into the cityscape altogether.

“How you treat society’s most vulnerable reflects where you are politically and socially,” Wingard says. “We’re so wealthy, people’s lives are so enriched, that when you have a situation where people are on the streets－something isn’t working.”

“The film highlights just how precarious and dependent we are on things like work, food, and family. None of us are that far away from homelessness, the pandemic will bring that home to people. That makes it important to look after each other.”

Directed by Mike Ogden, this strongly visual piece tells the shocking true story of Erna Petri, a Nazi German woman living in Lvov, Poland, who in 1942 murdered six Jewish children in the woods. Ogden juxtaposes this appalling atrocity with the Manchester Arena attack, interspersing scenes of the murder with shots of Salman Abedi, the Manchester Arena bomber, walking through Manchester city centre to carry out the attack. By comparing the two atrocities, Arena is a brave and brutally honest exploration of extremism in modern society.

“We still have a frightening amount to learn about how extremist ideology operates and how it can manipulate ordinary people to commit horrific acts,” Ogden says. “Society doesn’t talk about extremism enough. I hope the film will be used in education as a starting point for talking about it.”

As well as learning about the past, Arena gave Mancunians an opportunity to come to terms with it, Ogden points out. “As we began to make the film, it became clear a lot of the crew just wanted to be involved because of what happened in Manchester, and to have an opportunity to say something about that.”

One of the children cast in the film was even at the arena on the night of Abedi’s attack. “They were massively committed to it. It felt like a cause.”

Ogden commended Naomi Ayres, the producer, for making the brave decision to take on and develop this subject matter, with it being a story so close to home.

Directed by Kieran Stringfellow, Bulldog is an experimental psychological thriller centering on the theme of homelessness. Visually led and using a complex soundscape devoid of dialogue, this narrative short tells the story of a rough sleeper with a score to settle after spending the night in a cell.

Excellent cinematic shots of the Manchester cityscape lend the film a distinctly Mancunian nature, enabling Stringfellow to comment on an issue prevalent in any UK city but particularly pronounced in Manchester. “With only one character in the film, Manchester comes to play the second character. The city inspired the film,” Stringfellow says.

With a twist at the end, Bulldog challenges the viewer’s preconceived notions about the homelessness crisis with humanity and panache.

“That thing of judging homeless people based on how they look or act,” Stringfellow says. “Thinking they’re a certain type of person based on how they act, and that they’re only there because of some fault of their own. Why would you assume from their background that they’ll be violent or nefarious or aggressive? I wanted to challenge that with this film.”

“I come from a working-class background myself and so I was interested in producing an authentic portrayal of that experience.”

You can book tickets to see the films here: https://www.maniff.com/short-session-6