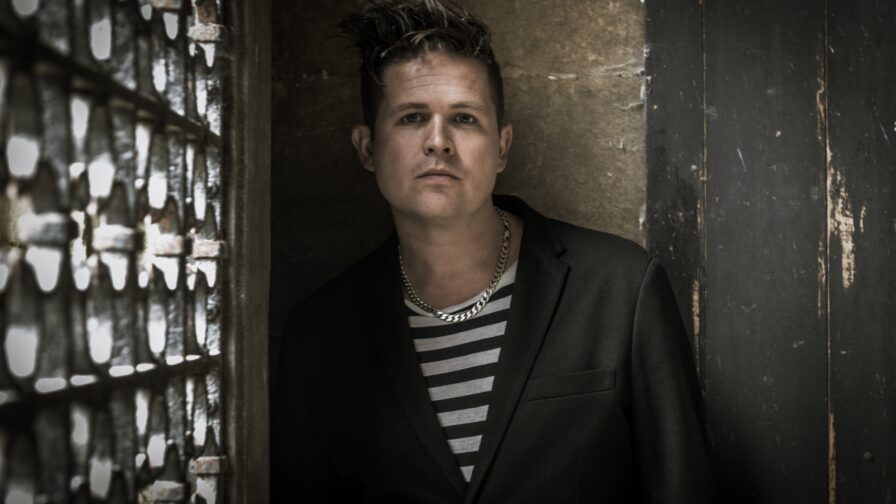 Inspired by Article 20 of the Universal Declaration of Human Rights, Luke Wright created this poem for inclusion in A Poetic Declaration, commissioned for the Ripples of Hope Festival at HOME in Manchester, in September.

Award winning poet Luke Wright was inspired by Article 20 of the Universal Declaration of Human Rights, which codifies the right to peaceful assembly and association. Luke said:

“Article 20 really interested me mainly because of clause b. Social media encourages us to pick a side and eradicates all nuance around a debate. An attitude of ‘If you’re not with us, you’re against us’ is emerging and this article put me in mind of that. On the one hand, we’re all supposed to be more understanding around mental health issues, and yet on the other we’re being told that to opt out these often toxic debates is not an option. Or it can certainly feel that way sometimes.

“Since writing the poem, I’ve watched in horror as police broke up the Sarah Everard vigil in London, and the government have tried to push through legislation to make it harder to peacefully protest in this country. I obviously now regret not writing about clause a, but to be honest that just seemed too obvious. Like, of course, we should be allowed to assemble peacefully. That just goes to show how none of these rights should be taken for granted.”

across tram lines and picket lines deafened
by a stadium roar, baffled by foam fingers
it seems to me that this is a right I have never
needed more. Now, when every fact

is dressed-up in team colours, every joke
patted down for dog-whistles at the turnstiles,
then ushered to a seat. Now, when the birdsong
gets collected and retuned into op-eds

and conscience is a Twitter poll you can’t
scroll past. Choose one of the above. A
or B. Give me the strength to refuse
to lift a pixel in your latest war. I give up

the perks of membership. Keep your 10%,
your free gift, your bad faith mic drop.
You cannot make me lace my spats
and limber up. You can’t make me dance.

I’ll sit here with my back against
the ballroom wall to watch the copse
of feet beneath the DJ booth. Let them
petition for a different beat: I’ll stick

to mine. Mine the right to keep
my dance card blank; to change
my mind; to let you down; to say,
none of the above.

Whether he’s playing master of ceremonies at a Libertines show in front of 5,000 screaming rock fans or reciting Georgian ballads down your local, Luke is adept at taking poetry places it doesn’t normally go. His poems can be tender, riotous, caustic and romantic and he delivers them with the ferocity and panache of a raconteur at the top of his game.

Wright’s third collection The Feel-Good Movie of the Year is out now from Penned in the Margins. Ian Duhig calls it a “a terrific new book: subtle, nuanced and movingly personal. A hurt man taking stock in fresh words.”

Luke’s work has a won a Fringe First, a 4Talent Award, a Stage Award and four Saboteur Awards, including the 2021 Best Spoken Word Performer. He was poet-in-residence for BBC Radio 4’s Saturday Live for six years, and is a regular tour support for John Cooper Clarke.