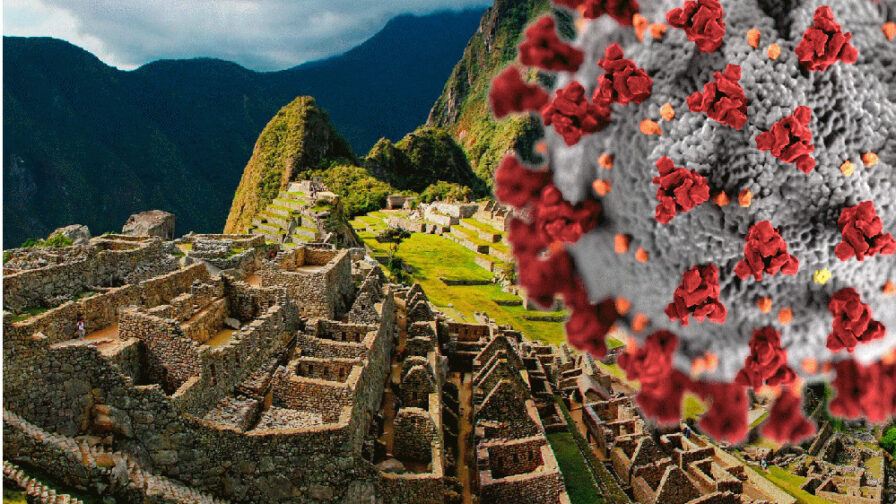 The journey of a lifetime for Sophie was brought to a grinding halt by the pandemic. She credits a social media campaign for spurring the UK government into action, who had initially failed to offer any support to her and the hundreds of other Britons stranded in Peru.

Just three weeks into a six month trip to South America, University of Manchester student, Sophie Marriott, found herself in total lockdown in Peru, due to the coronavirus pandemic. With the British Embassy closed and flights suspended she and many other British people were left wondering how they would make it back home.

Sophie recently graduated with a degree in History and was taking a year out before starting a Masters in September. She had a long held desire to visit South America and so booked the trip, that would take in many of the marvellous sights and experiences that the continent had to offer.

Starting her South American odyssey in Peru travelling along the coast from Lima to Arequipa, she was due to visit one of the highlights of a visit to Peru, Cusco and the amazing ruins at Machu Picchu. Her plans were brought to a grinding halt by the introduction of quarantine in Peru. Her partner was to meet up with her at the end of March but with flights suspended and borders closed he was unable to join her.

Sophie realised in the first couple of weeks that she would have to return back to the UK as, “the lack of action by governments across Europe was especially apparent from the outside, and it made it pretty clear that this was going to end up a bigger issue than people were realising back at home.”

When the Peruvian government closed borders and cancelled flights to and from Europe, on 16 March, she knew then that she would have to be repatriated, but:

“With the British Embassy in Lima closed, and no information, I could only keep travelling. It wasn’t until that weekend, and about 10 minutes after getting onto a night bus from the middle of nowhere back to Arequipa, the National State of Emergency and total lockdown was introduced.”

She knew she had made the right choice as “it would have been much more difficult if we were stuck in the mountains!” After that her efforts were focused on trying to get home.

She spent two weeks in isolation at a hostel in Arequipa. Fortunately their were three other travellers that she had met – Jessica from Sweden, Karin from Germany, and Ainhoa from the Basque Country – that kept her company during that worrying time. Sophie described Peru as having a strict lockdown programme similar to the current UK policy, but added that:

“Every time we went shopping, we had to take our passports, as we would be stopped by Police or Military. I wouldn’t say it was a particularly threatening atmosphere as every official I spoke to was very friendly, but I know others had different experiences.

“Many hostels were completely closed, and stranded tourists wouldn’t even be allowed out for shopping; the hostel staff would have to do it for them.”

Sophie found it difficult to get back, as initially, Foreign Secretary, Dominic Raab, was telling people to get in touch with the embassy and get on commercial flights, but the borders were closed and there were no flights returning to the UK.

After spending hours on hold to the Foreign Office, “I was told simply to ‘watch the embassy’s social media’ and ‘get on a commercial flight as soon as possible’. Pretty bad advice given the Embassy wasn’t saying much anywhere, let alone twitter, and commercial flights, by the very nature of the situation, had not been available for weeks. Eventually the embassy started to suggest the odd commercial flight which were going from cities I couldn’t get to and cost thousands of pounds.”

Reports of one way ticket flights back to Europe from Peru were being quoted at £3,000 to £4,000 during this time.

Friends and relatives of stranded Brits in Peru, started a campaign, offering support where the government had failed to, which Sophie says:

“Was really fantastic to see how everyone mobilised; emailing MPs and journalists, spreading the petition which ended up getting over 47,000 signatures, and just not letting the issue drop. Even running data collection operations to find out how many Britons were in Peru, where they were, and whether they were currently at risk.”

Finally, on 30 March, Raab announced a package to help Brits stranded abroad. Sophie kept checking email and twitter until she heard something. At 9 pm they were told to catch a coach at 5 am the next day. Along with 50 others, she flew from Arequipa to Lima and then changed to a BA flight for London.

Once the flights had been arranged, things went smoothly but, “in the weeks of isolation before then, everyone was almost constantly sending emails to find out information. In particular it seemed that there a million lists which we had to sign onto in order to make sure we were known to the Foreign Office. None of which seemed to be carried from one stage to another.”

Sophie went on to say:

“Once we were on our way everyone, especially the BA staff, were very helpful and it was relatively smooth…. The final flight will only cost us £250 each and there is no deadline for this to be paid. However, all the staff who attended the flight, including the Pilot and the Cabin Crew were working as volunteers.”

Upon returning to the UK, Sophie says there was minimal security at Gatwick and she was told absolutely nothing about what coronavirus precautions should be taken while in the UK.

Sophie sums the experience as, “All in all ….. a really great example of organising and campaigning. To turn Raab’s decision around in a matter of days is a testament to how powerful we can be when we come together.”

Sophie Marriott is a student at the University of Manchester. Originally from the Cotswolds, she has lived in Manchester for three and a half years and is starting a Masters in the fall.  She is also a member of The Meteor Co-op. Sophie’s travel mates have now all made it back to their home countries.

All in article images provided by Sophie Marriott

Do you have any coronavirus related stories to tell? Contact The Meteor: editor@themeteor.org