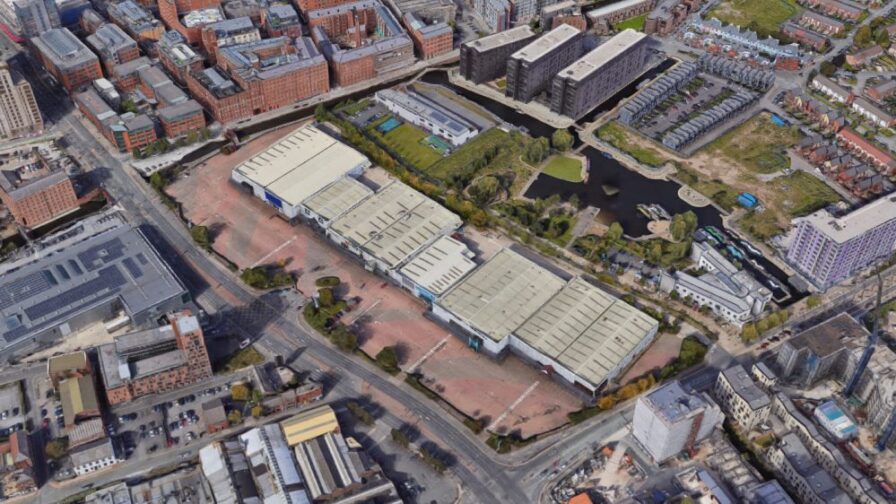 One of the UK’s most highly rated and paid planning barristers, who advised Boris Johnson’s government on its controversial proposed overhaul of the English planning system, is representing Manchester City Council in a judicial review of the local authority’s planned use of the former Central Retail Park in Ancoats.

A judicial review against the council, brought by grassroots campaign group Trees Not Cars, took place yesterday at the Manchester Civil Justice Centre. The group seeks to block the council from using the former Central Retail Park in Ancoats as a 440-space temporary car park next to the city centre’s only primary school.

A team of lawyers led by Christopher Katkowski QC is representing the council. He is a London-based lawyer and was ranked at the top of the barristers’ listing in the 2018 edition of the Planning Law Survey. Mr Katkowski was the planning lawyer appointed by the government to the Task Force which drew up the proposals for sweeping changes to the planning system set out in the Planning for the Future White Paper the government published in August 2020.

The governments proposed planning changes have been previously sharply criticised by Manchester councillors, researchers, and campaigners. The plans have also been the subject of an open letter calling on Andy Burnham and the leaders of the ten local authorities to oppose the changes to the planning system.

The majority of Katkowski’s clients are in the private and corporate sector. A Landmark Chamber’s bio for Katkowski says a, “good deal of his work involves advising clients how to avoid planning applications ending up at planning inquiries or being challenged in court.”

Leading planning lawyers John Hunter and Piers Riley-Smith of Kings Chambers in Manchester were representing Gemma Cameron, the founder of campaign group Trees Not Cars, on a “no win no fee” basis. Hunter claims the council failed in its duties to consider the car parks adverse impact on air quality and traffic. Hunter is also calling into question the methods used to evaluate the environmental impact report of the car park, used as evidence when the proposal was accepted by the planning committee.

Responding to the news of Katkowski representing the council, Gemma Cameron said. “Manchester’s Labour council instructed probably the most expensive planning barristers in England, from London, in an attempt to crush a community group fighting for clean air. Was this a good use of taxpayer money? Why didn’t they instruct Manchester-based barristers?”

Cameron went on to praise her legal team and supporters of the campaign:

“We are extremely grateful to John Hunter, our wonderful lawyer working pro bono, who worked tirelessly on our behalf. We would not have been able to pursue a judicial review had it not been for the support and generous donations from the community. Over 12,000 people signed our petition and we fundraised over £12,000k to cover our legal fees. This shows the strength of feeling for our cause. We feel the hearing went very well for us and look forward to hearing the judgement in the in due course”

The judgement on the judicial review is likely to come within three weeks, but could take longer. Manchester City Council’s planning committee voted through the controversial plans to turn the former retail park in Ancoats as a two-year car park for up to two years, in October 2019, meaning the planning permission expires in October 2021.

Under the council’s current development framework, the former retail park will eventually be turned into a zero-carbon office district. However, a public consultation carried out in October 2020 by campaigners found that 90% of locals want public spaces on the 10.5 acre site in Ancoats rather than luxury offices.

Manchester City Council was unable to provide a comment on the basis that the legal process is ongoing.