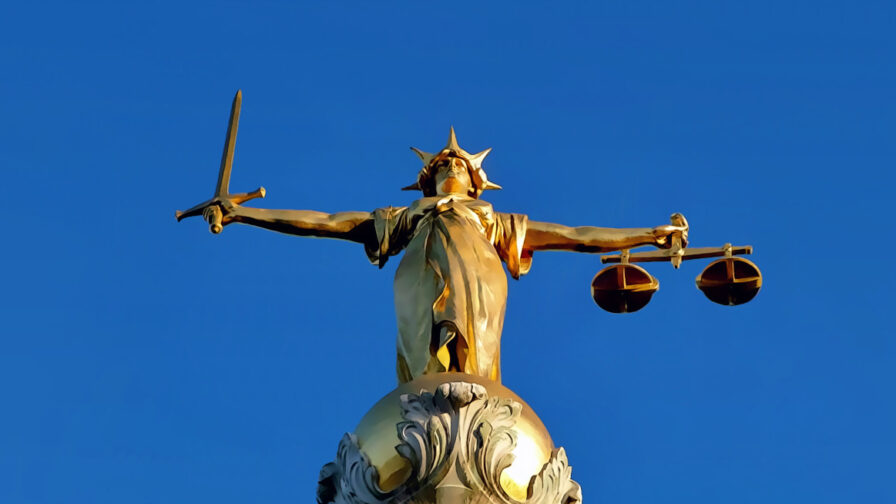 The ‘justice gap’ is the increasing divide between people who can and cannot afford to pay for legal representation, due to legal aid cuts. With deprivation increasing due to Covid more people face losing their jobs and homes, due to lack of legal counsel.

Manchester has been hit hard by the Covid pandemic. Nearly a quarter of a million people in Manchester – a fifth of the city’s workforce – were under threat of losing their jobs (or lost them) during the last year. As of April 2020, Manchester faced the greatest threat of job losses of any city in the UK. This threat has played out across the year as workplaces in sectors including non-food and non-pharmaceutical retail, travel, childcare, arts and domestic services have closed or laid off their workers. The governments timetable for drawing to a close the furlough scheme could push unemployment higher and damage economic recovery in the UK, trade unions warn.

As you may expect given increases in levels of unemployment, household debt is also increasing across the region. Between March and July of 2020 there was a 70% increase in Universal Credit claimants in Manchester, as the pandemic lockdown took hold, and the £20 uplift to that payment is being axed by the government in October.

Benefit payments often do not cover the whole of a claimants’ rent, as money paid towards housing costs are limited by the Local Housing Allowance, this has left many in rent arrears and now facing possible eviction – threatening a deepening of the housing crisis we have already been seeing play out in Manchester for many years.

Greater Manchester Law Centre focuses on key areas of law – housing, employment and welfare – to try and tackle legal barriers for those facing destitution, homelessness or redundancy. They campaign and fight for access to justice and changes to policy, while trying to assist all Greater Manchester residents who approach them for help, or directing them to someone who can.

Law and litigation are unfamiliar and daunting for many people. The law might be something you only expect to come across through media channels. This contributes to the side lining of access to justice compared to other mainstream issues, leaving vulnerable and disadvantaged communities at greater risk of suffering injustice, due to austerity driven cuts to our justice system.

However, being caught up in a legal dispute isn’t something that only happens to politicians and businessmen. It can affect our daily lives when facing issues like debt, redundancy from work, or even family conflict. In 2019/2020, 1.76 million money-related claims were received by County Courts, the Employment Tribunal received 104,000 cases, and approximately 266,000 cases were started in Family Courts.

As the numbers suggest, we may find ourselves involved with the law, especially during this period when the consequences of the Covid crisis are being felt by so many. If so, how many of us can confidently envisage defending our own case without legal assistance? The answer for many will likely be “No” – according to a survey by the Legal Education Foundation, 55% of people who had experienced a legal dispute did not fully understand their legal position at the time.

Rather unsurprisingly, the chance of winning a legal dispute without having a proper understanding of the law against someone who has a lawyer’s backing is slim.

According to the Legal Services Board (LSB), respondents getting professional help were more likely to get better outcomes than those who didn’t – 66% of those who got professional help feel the outcome is fair compared to 47% who did not obtain any help. Obtaining legal assistance can often be the first step to accessing justice.

Receiving legal advice often plays a significant role in winning a case. Lawyers can help you to understand your legal position and assist to gather the documentation or evidence that is needed, as well as offering representation in the courtroom.

However, the cost of obtaining legal advice remains a significant barrier for many, especially for those who are financially disadvantaged.

According to the Law Centres Network, millions of people in the UK are caught in the “justice gap” as they are unable to afford to pay for legal assistance, but are also not eligible for legal aid, which include 76% of working single parents with one primary school child. The LSB survey also found 21% of respondents did not take legal action as getting professional help would have been too expensive.

Legal aid, which covers costs of legal cases for those who are eligible, provides a financial safety net for many people who can’t afford the costs of their legal dispute. This is to ensure equality before the law, regardless of financial circumstances. Many cases are eligible for legal aid, and it is important that people make use of it where it is available to give them the access to justice they deserve.

However, since the Legal Aid, Sentencing and Punishment of Offenders Act 2012 (LASPO) came into effect in 2013, many areas of civil law have been removed from the scope of legal aid, and financial eligibility criteria have been tightened. Now, it is difficult or impossible to get legal aid for most debt, housing, employment, and family law cases.

The budget of legal aid has been reduced by approximately 30% over the last decade – in 2012, annual expenditure for the civil justice system was approximately £1.1bn, which has now dropped to around £0.78bn.

Massive funding cuts have reduced the accessibility of legal aid. According to the Ministry of Justice, only one-in-four adults in England and Wales were estimated to be eligible for civil legal aid in recent years, which halved from 52% in 1998. As a result, the number of civil legal aid cases declined by a staggering 82% between 2010 and 2018.

Numerous Law Centres across the country, which had been offering free legal advice, were forced to close or reluctantly reduce their capacity due to cuts to the justice system. Now, 78% of local authorities in England and Wales do not have a single community care legal aid provider.

The Covid-19 crisis created greater challenges for legal aid service providers who were already struggling with funding cuts prior to the pandemic. David Greene, Preside of the Law Society, commented:

“Access to justice has suffered throughout the pandemic as already underfunded legal aid providers have struggled to stay afloat.”

Legal aid is now more important than ever

Before the Covid-19 pandemic began, the Government had estimated that up to 14.5 million people were in a relatively low income, and one in six working households facedpoverty in the UK,according to the Institute for Public Policy Research (IPPR). Philip Alston, the UN reporter on extreme poverty and human rights, commented:

“There are 14 million people living in poverty, with record levels of hunger and homelessness…Whilst access to the courts for lower-income groups has been dramatically rolled back by cuts to legal aid.”

The Covid-19 crisis intensified this grave situation. Life became even harder for many after thousands were made redundant and lost income on the furlough scheme during the lockdown, which accelerated the need for legal support. The latest quarterly Employment Tribunal statistics for the period October to December 2020, shows a 25% increase in single claims compared with the same period in 2019.

According to the Ministry of Justice (MoJ), the rising number of employment tribunal cases was the result of the increase in unemployment and altered working conditions, brought on by the effects of the Covid-19 pandemic. It has projected that an even steeper rise in cases may occur when furlough ends in September 2021.

A study by the Learning and Work Institute found that 243,000 people work in “shutdown sectors” in Manchester are under threat of losing their jobs since the Covid-19 pandemic began. While wrongful dismissal claims rose by 17% over the five-year period, not many people will be aware of their rights to claims redundancy pay or unfair dismissal. In Greater Manchester 18% of the population was estimated to be over-indebted before the Covid crisis.

There is no legal aid available to help pay for employment claims and debt problems will only be covered if you are facing an imminent risk of losing your home. Bringing a claim means that you will likely be required to self-fund the claim yourself, which will aggravate pre-existing financial hardships for many.

The pandemic has also worsened ongoing concerns about backlog of employment tribunal cases – there are 51,000 outstanding employment claims this past year, 45% increased on “pre-Covid baseline” figures at the end of February 2021.

The delay, alongside the funds required for legal fees, will force many people to withdraw their case. Withdrawal rates for redundancy claims hit their highest quarterly level recorded in official statistics; 29% closed unfair dismissal claims were withdrawn in 2020/2021, compared to around 19% in 2018/19.

Access to legal aid is broadly understood as one of the crucial factors for access to equal and fair justice. Due to the expensive cost of law for those who can least afford it, access to justice is far from equal or fair.

While the funding cuts for legal aid forced many law centres across to shut their doors, Greater Manchester Law Centre bucked that trend and opened theirs, striving to provide accessible legal advice for many.

It is more important time than ever to increase the awareness of the legal aid system in order to achieve a more generous legal aid policy for our friends and family. Otherwise, these crises will deepen pre-existing regional and social inequalities across Greater Manchester.

To find out more about becoming a supporter of Greater Manchester Law Centre (GMLC) and their work in providing and promoting equal and fair access to justice – click here.

You can email to get involved in GMLC’s campaigning for access to justice, a fairer benefits system, safe and secure housing, and better employment rights: development@gmlaw.org.uk

If you need GMLC’s services, there is help and advice online here or you can call on 0161 769 2244, or email them reception@gmlaw.org.uk.