Immigration detention centres have no place in Manchester or the UK 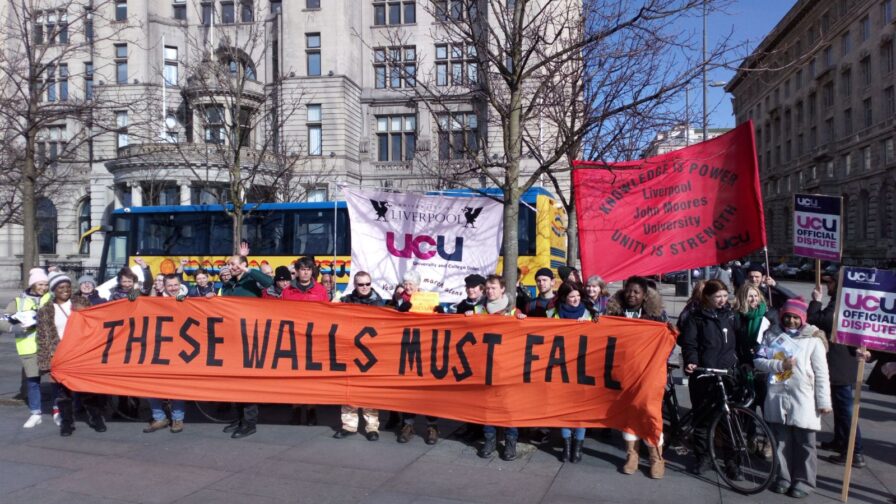 Refugee Week takes place every year across the UK, and is a nationwide programme of arts, cultural and educational events that celebrate the contribution of refugees to the UK, and encourage a better understanding between communities. This year on it’s 20th anniversary it ran from 18 to 24 June, yet over this same 20 years we have seen a massive expansion of the UK’s system of immigration detention. It is now one of the largest in Europe.

As a North West campaigner with These Walls Must Fall, a grassroots campaign to challenge immigration detention, I am glad that the attention is being drawn to the opening of a facility by Manchester Airport called the Manchester Residential Short Term Holding Facility, operated by troubled outsourcing company Mitie, under a £25 million , ten year contract. It is important that the local community knows that people are being held under immigration powers within our city.

Coverage has rightly highlighted that 80% of people fleeing to Europe are seeking safety from war-torn countries such as Afghanistan, Iraq and Syria, yet frequently in the UK they find themselves in immigration detention, where many are subsequently deported. These people in immigration detention often have mental health issues such as Post Traumatic Stress Disorder, caused by violent events in their own country and the hellish journey over to the UK. But staff are poorly equipped and under resourced to deal with these health issues, resulting in obscenely high suicide rates amongst detainees.

In the recent publicity around the holding facility near Manchester Airport those detained under immigration powers at the centre have been described as “failed asylum seekers, visa over-stayers, sham husbands and brides, and people caught clinging to lorries”. But anyone without a British passport, or extensive documentation to prove they are UK citizens, are potentially liable to be detained.

As we have heard so clearly through the Windrush scandal, the Home Office’s ‘hostile environment’ has led to the detention of many long-term British residents. There has also been a sixfold increase in the detention of European nationals since 2010 when the Conservatives gained power. These are not just ‘foreign offenders’, but many people from the European Economic Area who are targeted and detained for being homeless, a Home Office policy only ruled unlawful by the High Court last year.  Asylum seekers, too, may find themselves detained at any stage of the asylum process – and for those fleeing persecution, being locked up in prison-like facilities often triggers and exacerbates mental health issue such as PTSD.

At Immigration Removal Centres, people can be held without time limit, and this may be for days, weeks, months or even years . A report by the HM Inspectorate of Prisons on the Harmondsworth Immigration Removal Centre, near Heathrow Airport, found that from the 552  detained during the time of the report, 23 had been held for more than a year and one man had been held for four years.  The UK is the only country in Europe with no time limit on immigration detention. People are often transferred from short-term holding facilities such as the Manchester Airport centre to long-term centres such as Yarl’s Wood, where they may be held indefinitely.

The government-commissioned Shaw Report ,‘Review into the welfare in detention of vulnerable persons’ was published in 2016, and concluded:

“There is too much detention; detention is not a particularly effective means of ensuring that those with no right to remain do in fact leave the UK; and many practices and processes associated with detention are in urgent need of reform”

The following year, 2017, was the deadliest on record in UK immigration detention, with six deaths in detention  including at least three suicides. In 2017 we also saw the Panorama documentary revealing appalling abuse by officers at Brook House detention centre. Welfare provision in detention remains a shambles – and locking people up in prison-like conditions without time limit produces vulnerability. As one female asylum seeking Manchester resident with experience of detention said to me, “Everyone in detention is vulnerable.”

The Manchester Airport detention facility opening this June, comes at a time when myself and many others in Manchester are saying, loudly and clearly, that we’ve had enough of people being taken from our communities and locked up in prison-like conditions, just because of their immigration status. Councillors, union activists, refugee and migrant groups and community organisations have been uniting to say ‘no’ to detention. Last November, Manchester City Council became the first local authority in the UK to pass a motion condemning indefinite detention. Local groups coordinated protests and rallies in solidarity with the Yarls Wood hunger strikers in March. Politicians including Afzal Khan MP and Julie Ward MEP have stood up and said that indefinite detention must end. Whether it’s short term holding facilities or immigration removal centres, they have no place in our city or our country. These Walls Must Fall!

Lauren Cape-Davenhill  – campaigner with These Walls Must Fall

To find out more about detention, and the These Walls Must Fall campaign to end it –  click here

Feature Image: These Walls Must Fall