Over 300 homeless people at train stations helped by pioneering partnership 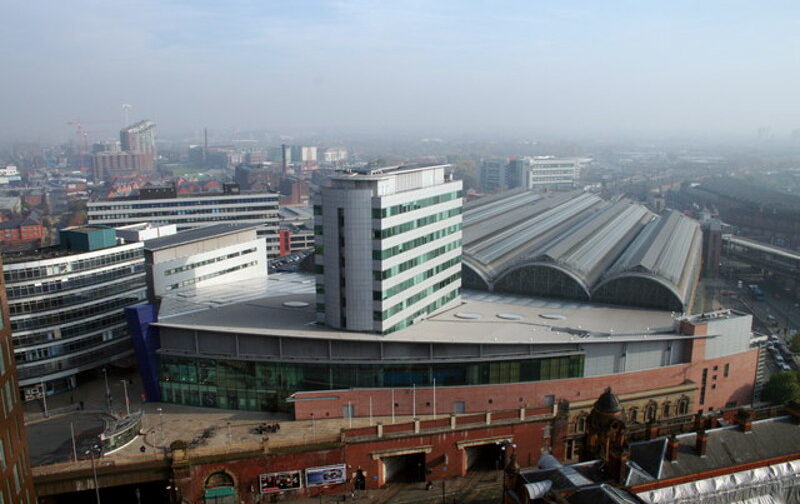 Partnership by Shelter and Network Rail to help rough sleepers at stations in Manchester and Birmingham, has helped many to secure accommodation alongside accessing medical help and opening bank accounts.

Homelessness charity shelter and Network Rail have helped over 300 homeless people in the last year at stations in Manchester and Birmingham in a pioneering partnership to help rough sleepers who often seek out the stations for shelter.

The pilot project saw station staff at Manchester Piccadilly and Birmingham New Street trained by Shelter to communicate with rough sleepers at the station and refer them for tailored support and help.

In Manchester the project has been running from October 2020 to 7th January 2022, and has helped 155 people, in total 316 people have been helped by the scheme across the two stations. The help and advice provided at Piccadilly saw 64 people housed, either in emergency, temporary, or secured settled accommodation. A range of other services were offered, including help registering with GPs and dentists, and setting up bank accounts.

Ryan, 40, had been sleeping rough for four months around Birmingham New Street station during the pandemic. The pilot scheme helped direct Ryan to support from Shelter, who helped him with addiction problems by finding him a place in supported recovery accommodation. Ryan said:

“This time a year ago life was very different, and I remember feeling like there was no way out. But since that first ‘hello’ at the station, things have only got brighter. When the engagement workers reached out it felt like someone had thrown me a lifeline. I was given options that I never knew were even available to me, and they supported me every step of the way. Thanks to them I’ve not only got a safe home, but also a chance to see my daughter. For the first time in years I have hope for the future.”

The pilot programme, which has worked closely with the Department of Transport, to help homeless people is to continue into its second year and hopes to help more people on their journey out of homelessness. A welfare room, dedicated to this outreach project, which will give those seeking help a quite space to have a hot drink and chat to engagement workers at Piccadilly station is due to open soon.

“It’s fantastic to see the real impact this outreach scheme has made to lives like Ryan’s and dozens of others in both Manchester and Birmingham, and the opening of the new welfare rooms.

“Before this partnership between Network Rail and Shelter, station staff often felt powerless because they didn’t know how best to help those without a safe and secure place to sleep for the night. Ryan’s success shows how equipping railway workers with the knowledge and skills to help people find a route out of homelessness can really turn lives around.”