Guide to Supplementary Voting and candidates in the GM mayoral election 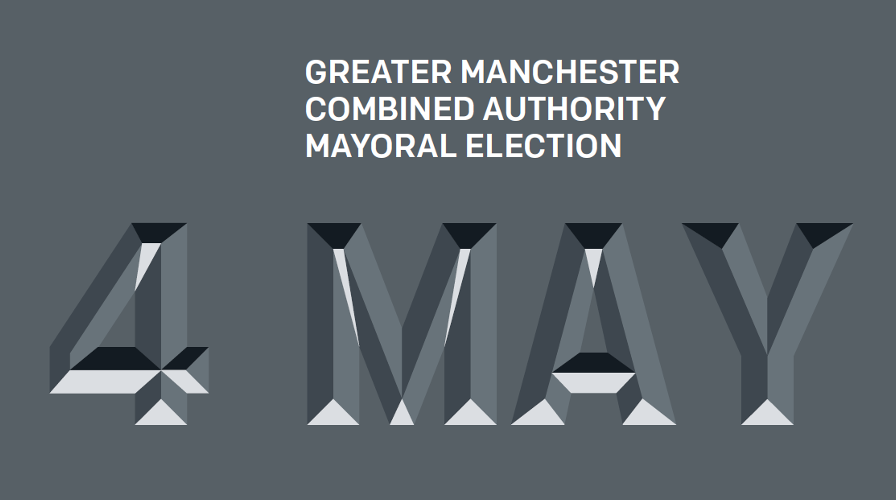 The big day for Greater Manchester is upon us tomorrow, the 4 May, when we vote for our first democratically elected mayor of the region. Supplementary Voting will be used in this election rather than the First Past the Post (FPTP) system used in parliamentary and local elections. You may not be familiar with the Supplementary Voting system of voting which will be explained along with a list of the candidates that are standing and information on what they stand for.

Supplementary Voting (SV) is a shortened version of the Alternative Vote system that the British public voted against adopting in a 2011 referendum. In SV instead of just having one vote for your preferred candidate, as in FPTP, you have two votes to cast for your first choice and second choice candidate.

It is at this stage that the second choice votes come into play. All second choice votes from the eliminated candidates, cast for the top two candidates still remaining in the election, are then counted and added to the remaining candidates first choice totals. The candidate with the highest overall total is declared the next Mayor of Greater Manchester. A more detailed working example of the SV system can be seen by clicking here. Although SV does offer more choice for the voter it is still classed by the Electoral Reform Society as a Majoritarian system of voting (like FPTP) rather than a Proportional Representation system.

The candidates in the GM mayoral election

This is the list of candidates you will see on your ballot paper plus links to their websites or other relevant information:

The Meteor questions the candidates

To help the electorate make up their minds on who to vote for in the GM mayoral election we previously asked the top 5 parties candidates the following questions on important issues facing us all in GM. Just click the question, or headline, to go to the relevant web-page:

What are your plans for the economy in regards to reducing inequality and unemployment in Greater Manchester?

It is possible that voter turnout will be low on GM mayoral election day, and those who do turn out may not have a clear idea of who they can vote for. A survey carried out by the Salford Star showed 39% saying ‘No’ or ‘Don’t know’ when asked, ‘will you be voting in the election’? The same survey also showed 69% of people asked couldn’t name a single candidate standing in the mayoral election. There are also concerns that the number of young voters may continue to drop. In the 1992 general election 63% of 18 to 24 year olds voted, in 2015 that figure had dropped to 43%.

This indifference to voting would come as a shock to the people of the region who gathered in 1892 to march at St Peter’s Field in Manchester, demanding the right to vote. Their cries for reform to parliamentary representation were met by a massed cavalry charge, which killed around 13 people and injured 420, which came to be known as the Peterloo Massacre. Our right to vote is a precious gift from generations past that fought long and hard to ensure suffrage to their descendants. Make use of that right in GM on the 4 May.