‘Greed and capitalism will not get the vaccine to the poorest nations on earth’: Manchester fights for fair access to vaccination 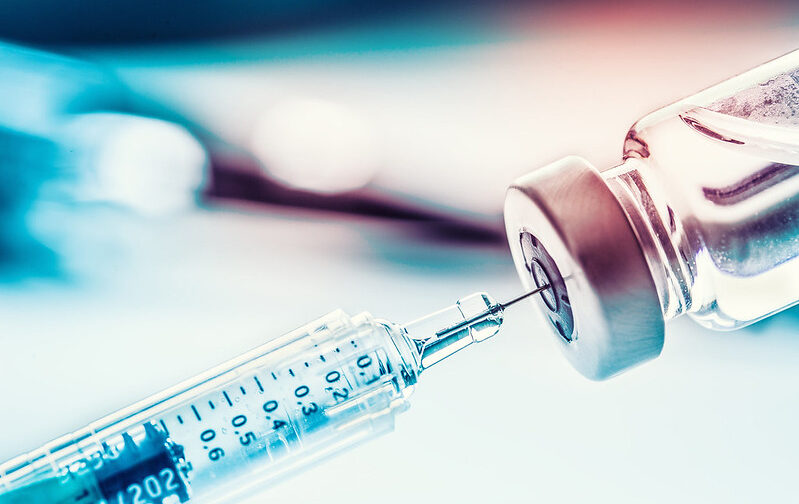 Stephen Pennells investigates the inequitable distribution of Covid vaccinations to poorer countries, ahead of a public meeting to debate the issues and push for a ‘Peoples Vaccine’.

Internationalist Mancunian campaigners have been working under lockdown restrictions, to protest against the worldwide vaccination logjam, which sees many countries in the Global South yet to start significant vaccination programmes. As part of a global network, local campaigners are challenging vaccine nationalism and the “business as usual” trade rules dictating dependency on charity for survival.

The UK has so far immunised 48.1 % of the total population with a first shot and 11.2 % have received a second dose. The USA is fast catching up with 35.9% having received at least one dose and 21.9% have received both vaccinations.

In contrast, many countries in the Global South have barely started inoculating. South Africa stands at under 1%, as do Kenya, Mozambique, Nigeria, Pakistan, Trinidad and Tobago, Uganda and. Many other countries are not much above one percent coverage as can be seen in the graphics below.

Even India with it’s renowned vaccine manufacturing Serum Institute  has only achieved 7.1%; Data published by The Economist in January predicted large parts of Africa would not have widespread vaccination coverage till 2023. As the disparity in access to vaccine for poorer countries has become clearer, so have the reasons for this situation developing.

Vaccine nationalism is seeing wealthy nations stockpiling vaccines, using their power to order more than they need and thus reducing the possibility of other countries getting access to them due to limited supply lines and materials. Canada is reported have bought five times more vaccine than it needs, and the UK has ordered 407m doses for a population of 68m.

Another term coined for the current crisis is vaccine apartheid, which relates back to the millions of deaths due to AIDS in South Africa during the 90’s. Many of these AIDS deaths could have been averted with access to the latest drugs, which were unavailable to many due to their high cost, as they were patented to drug companies who would not lower the costs sufficiently for the majority to have access.

Bilateral deals between countries for access to vaccines, strengthening their bonds at the expense of the global fight against the pandemic, has been dubbed vaccine diplomacy. Russia has made deals with Balkan countries and the EU, to supply its Sputnik V vaccine, hoping to strengthen its diplomatic relations with the regions. While China has been accused of offering a vaccine supply deal to Paraguay in exchange for cutting ties to Taiwan.

COVAX – failing to deliver on its promises

The global initiative most lauded as catering to the Covid vaccine needs of the world is the World Health Organisations COVAX programme. This is receiving funding from ’64 high income countries that have signed up to the initiative, including the UK which has so far committed £548 million.

The COVAX programme states that it is “working for global equitable access” and trumpeting: “With a fast-moving pandemic, no one is safe, unless everyone is safe”.

This has started to deliver, but the overseas aid approach followed by this initiative smacks of charity, not equity: most people in poorer countries have little prospect of being vaccinated before 2023 and the COVAX programme is essentially inadequate. It promises 2 billion vaccinations by the endo of 2021, but with a global population of 7.9bn that is nowhere near enough to create herd immunity for the less affluent countries dependent on COVAX.

Sophie Harman, professor of international politics at the Queen Mary University of London criticised the COVAX programme for not equipping nations with the knowledge and infrastructure to produce their own, saying:

“It does raise the question of [whether] COVAX is part of the problem or the solution, because it doesn’t go to the fundamental problem… If your problem is you want to have affordable vaccines around the world to cover the majority of the world, then the solution would be free licensing or compulsory licensing. COVAX doesn’t do that.”

A Lancet editorial recently called out the bilateral deals being struck by nations who pay lip service to “vaccines for all” but stockpile doses far in excess of their populations requirements and then suggest they might donate surplus doses once they’ve covered their own needs. The editorial also drew attention to the frustration of calls, last year, by 100 nations led by South Africa and India for the World Trade Organisation (WTO) to waive intellectual property protections and share know-how on Covid-19 drugs and vaccines to boost manufacturing. This move was blocked again by the WTO in February.

Local campaigners from NGOs in the “People’s Vaccine” coalition have been busy.   Although Afzal Khan supported a more general “People’s Prescription” Global Justice campaign a couple of years ago, like many local Labour MPs, having jobs in the shadow government, convention prohibits his signing a supportive motion for a Peoples Vaccine with Debbie Abrahams (Oldham E. & Saddleworth), Tony Lloyd (Rochdale), and Navendu Mishra (Stockport).

After the topic had been raised in the Manchester Evening News letters page, persistence resulted in a local coalition letter, (MEN, 10 February) appearing endorsing the call for the waiving of intellectual property rights (IP) so that publicly funded research and development can benefit us all through massively expanded production. The global day of action in March saw solidarity selfies collected in Manchester and posted, social media profiles tweaked and posters in windows.

Dr. Rory Horner of Manchester University’s Global Development Institute has concluded: “Although possessing huge manufacturing capacity, India’s aim to vaccinate 300 million of its people by August 2021 still means less than a quarter of its population will have had the vaccine.”

Amnesty, Global Justice and Oxfam Campaigners in Manchester are providing two online public meetings to consider these problems on the 14 and 21 April (full details at the end).

Outrage from the excluded

Many poorer nations with already inadequate health care systems are being left to suffer the sharpest end of this pandemic. Outrage at this is obvious from the Twitter sphere (see #VaccineNationalism, #VaccineApartheid) and was clear in campaigners’ social media posts around the global day of action for a people’s vaccine on 11 March.  A virtual rally the night before had contributions from front-line practitioners as well as the Archbishop of Cape Town, Caroline Lucas and Bernie Sanders. Winnie Byanyima, head of UNAIDS pointed out that 2/3 of people in rich countries want the know-how shared responsibly and asserted: “We are not asking for charity.  We are demanding justice.”

And in the UK awareness of the indirect threat to the NHS from overcharging and an effective “oligopoly” by a handful of commercial interests has brought in domestic campaigns such as Just Treatment with online petitions.

Internationally the People’s Vaccine Alliance includes Global Justice Now, Amnesty International, Oxfam, SumOfUs, and AIDS campaigning groups.  It has an impressive list of heavyweight supporters and range of campaigning actions.  Alongside this an international artists collective “Free the Vaccine” has brought their skills to play, including a public domain track referring to Polio vaccine pioneer Jonas Salk’s question “Could you patent the Sun?”

Tedros Adhanom Ghebreyesus (Director General of the WHO) called vaccine inequality “a catastrophic moral failure” in March during a meeting to prepare an international health treaty to help pandemic preparedness. Political leaders Boris Johnson, Angela Merkel and Emmanule Macron support this, but the text does not fundamentally challenge the current structures and modus operandi.

Some pharmaceutical corporations are reputed to be raking in billions, with Pfizer/BioNTech selling $21bn worth of vaccines this year. Moderna making a profit for the first time, are expecting $18bn in sales this year with appreciable follow on for at least a couple of years, putting up its share price by 372% in a year.

AstraZeneca have pledged to provide their more robust vaccine, which can be stored in a fridge, at cost to poor countries whilst the pandemic rages. But the costs are variable with Reuters reporting South Africa is paying twice what Britain’s NHS is for the same AstraZenca vaccine, with South Africa’s coming under license from the Serum Institute of India (SII). With poor efficacy against the South African covid variant and developing issues with very rare blood clotting side effects, the use of the AstraZeneca vaccine may be limited.

Find out more and have your say

The drive to vaccinate the world is  making progress, but that progress is unequal favouring rich countries at the expense of the populations of poorer countries. It’s simple to unrealistically seize on facile solutions, be they supportive of the status quo or revolutionary ideas.

Would rocking the boat – waiving patent regulations – damage a system needed when the next epidemic appears?  Would the effective nationalisation of pharmaceuticals dis-incentivise and neuter a life-saving and enhancing industry? What or who should our elected politicians prioritise, granny or Ghana?  But what would really serve people best?  What can we learn and what virus-related problems face us going forward?

Amnesty, Global Justice and Oxfam Campaigners in Manchester are providing two online public meetings to consider and attempt to answer these questions, to identify solutions that can allow vaccinations to be distributed equally, across the globe.

The first, a webinar on Wednesday 14 April, will provide a mixed panel of experts. Dr. Rory Horner and Anna Marriott (Oxfam) are already confirmed; speakers from the Pharmaceutical Industry and Westminster politicians have also been invited to speak.

Each speaker will give their own viewpoint then interact with the others. They may pose questions, challenging the audience to take responsibility; what do you think about this problem?  What would you do?

A week later on the 21 April there will be a zoom event adopting an “Any Answers” forum model where the audience will be able to make brief presentations and dialogue with a view to appreciating what a responsible course of action might look like. Manchester Oxfam campaigner David Llewellyn says:

“Boris Johnson said the vaccine was developed through ‘greed’ and ‘capitalism’. While I don’t doubt that the profit motive is a powerful force, it is a safe bet that greed and capitalism will not get the vaccine to the poorest nations on Earth. We don’t know all the answers, do you?  Whether you do or don’t, hear our differing experts and help form a Manchester response, because nobody is safe until everyone is safe!”

For free tickets and information about the webinar, Covid-19: Are we really all in this together, on the 14 April – click here