Greater Manchester marches to save our NHS 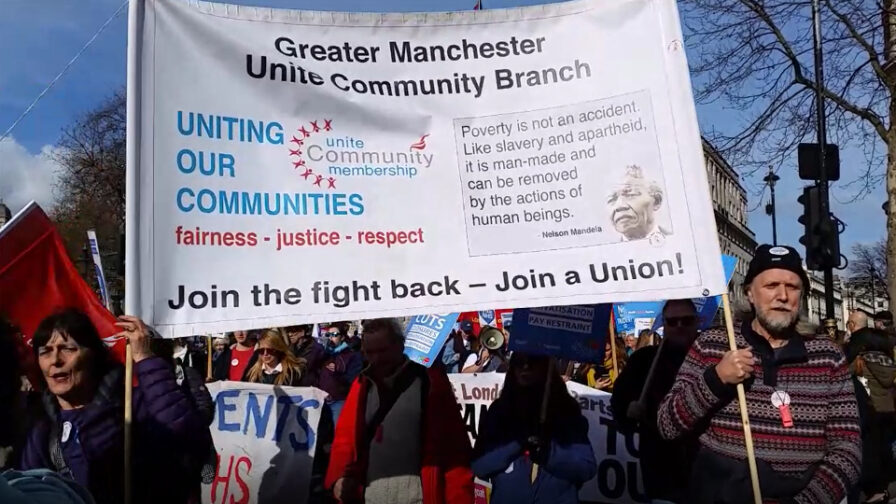 An estimated 250,000 people travelled, from all over the UK, to take part in the #OurNHS – National Demonstration in London. The demonstration organised by The People’s Assembly and Health Campaigns Together called for:

Greater Manchester Unite Community Branch (GMUCB) was one of the many union branches that turned out to show support and solidarity to the NHS in the march from Tavistock Square to Parliament Square.

At Parliament Square Jeremy Corbyn, leader of the Labour Party, spoke to the crowds and repeated Nye Bevan’s prediction for the future of the NHS:

“The NHS will last as long as there are folk left with the faith to fight for it.”

There was no shortage of folk with the faith to fight for the NHS in Parliament Square on the 4 March 2017.

The video of the event contains footage of the march, comments from GMUCB members and extracts from Jeremy Corbyn’s speech.

Reporting of the demonstration from the mainstream media was poor, as is often the case for large scale public demonstrations against government policy. Only the Daily Mirror and the BBC producing any significant coverage.