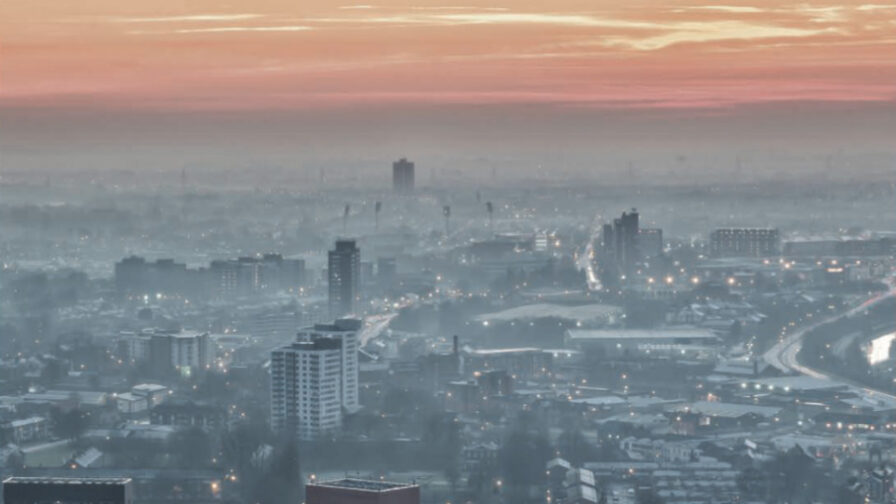 Environmental campaigners question the sustainability of the Places for Everyone Plan in light of the climate emergency. Have the GMCA carried out sufficient impartial analysis of the carbon emissions inherent in their plan?

Greater Manchester has the aim of “…our city region to be carbon neutral by 2038 and meet carbon budgets that comply with international commitments.” (Note 1) The Greater Manchester Combined Authority (GMCA) commissioned the Tyndall Centre at the University of Manchester to propose a carbon budget consistent with that aim. This found that an arithmetic ‘fair’ share of global emissions for the conurbation was under 67 MTCO2 [metric tons of carbon dioxide] for the period 2018-2038 (Note 2) and 71 MT up to 2100.

The Tyndall report made a number of important comments about the pathway to net zero.

“To provide a smooth transition in line with the above budgets, average annual mitigation rates of CO2 from energy need to be between 10% and 20% – beginning in 2018. ….. immediate near term action is essential and any reduction in the mitigation rate in the early years will require a significant increase in the rate in future years for the same budget to be met.”

It is therefore rather alarming to discover that the Environment Plan Performance Overview, released this month, using a traffic-light rating system, rates progress toward the 2038 carbon budget as RED, risking the failure of the Environment Plan to achieve a step change in carbon emissions. As the report candidly puts it,

“Across 2015-19, GM’s emissions are 8.3MtCO2 above the Tyndall budget, i.e. an additional 8.3MtCO2 savings need to be made on top of the Tyndall budget. This gap has been increasing year on year. Key point is that significant cuts must happen now. Action to reduce emissions is already being taken but under our current level of activity we will have exhausted our carbon budget in 6 years.”

A final point about the Tyndall budget concerns the separate category of Land Use, Land Use Change and Forestry (LULUCF). This concerns both emissions and carbon capture by the natural environment (the carbon flux). As the Tyndall report states,

“The carbon budgeting method for GM’s LULUCF sector has been developed to ensure that across the century any early emissions from the sector will be fully compensated by later carbon sequestration. Moreover, the method has been designed to enable LULUCF emissions to reach zero by 2038, so as to align with GM’s zero-emission commitment. Finally, post 2038, sequestration by LULUCF is set to compensate, at least in part, for GM’s unavoidable non-CO2 greenhouse gas emissions.”

1) LULUCF achieves absolute zero CO2 emissions, on an annual basis, by 2038 consistent with the year of carbon neutrality.

2) Post 2038 the rate of LULUCF emission reductions continues to increase, reaching a maximum rate by around 2045. Thereafter the sector continues to provide a stable level of annual sequestration across the century.

This is vitally important for Places for Everyone, the Region’s spatial plan. Tyndall assume that the cumulative emissions from 2018 to 2038 are compensated with carbon removals (by the land and the trees) from 2039 to 2100. Since Places for Everyone will involve a lot of building on green space, then the capacity to remove these unmitigated emissions will decrease, helping lock in continued carbon emissions after the supposed zero carbon date. Let’s look at the scale of green space loss, and the other carbon consequences of Places for Everyone.

By 2037, Places for Everyone plans to deliver “1,900,000 sqm of accessible new office floorspace” – but 3,352,371 has been earmarked. For Industry and warehousing, “at least 3,330,000 sqm of new, accessible, industrial and warehousing floorspace will be provided”, but 4,185,793 has been identified. For housing, “minimum of 164,880 net additional dwellings will be delivered over the period 2021-37, or an annual average of around 10,305.” (Note 3) Again, they have identified space for more, 190,752. Translated into hectares, the allocation of land is as follows (own calculations from P4E documentation and FOIA responses).

So the total green space to be built on (not including the brownfield areas that have reverted to nature and the “mixed” category) will be approximately 3,600 ha, more than 13 square miles.

This is an enormous scale of development which will have several kinds of carbon impact.
Building on green space means,

The whole question of the carbon consequences of planning (i.e. construction of buildings and so on) is explored in more detail in Steady State Manchester’s Carbon and Planning Workbook (Note 5).

A new study, by a group of researchers expert in climate change, construction, finance and planning, finds that the government’s housing targets for England, if met, would exceed the country’s legislated 2050 carbon budget (Note 6). That budget is less stringent than the Greater Manchester one so if Greater Manchester is still committed to their 2038, 67 MT budget (and why declare a Climate emergency if not?), then it is highly likely that on housing alone, the Places for Everyone proposals will be disastrous for the region’s ambition to be carbon neutral. Since the region uses the government’s methodology for calculating the number of new housing units needed, then it does seem highly likely that here too, the housing plans will scupper carbon neutrality. We can’t let that happen. Our preliminary calculations indicate that this pattern found by the researchers, nationally, indeed holds for the Greater Manchester case.

Happily, there are other ways of meeting housing need that do not rely so heavily on new construction. The research paper just referred to models these possibilities and concludes that it would be possible, but politically challenging, to “meet England’s unmet housing need without transgressing national sustainability objectives”.

Surely, the GMCA has already made their own assessment of the implications for carbon emissions, and humanity’s climate safety, of their Places for Everyone plan, a joint development strategy brought forward by nine of the ten local authorities in Greater Manchester

Well possibly not (Note 7). Places for Everyone does make mention of climate change and the problem of carbon emissions.

“This Plan sets out proposals to support the Greater Manchester ambition to be a carbon neutral city-region by 2038. A key element of this is to require all new development to be net zero carbon by 2028 at the latest – we do not want to build homes and workplaces which require retrofitting in the future and we have set an ambitious target, backed up by our evidence to achieve this as soon possible. Our commitment to keep fossil fuels in the ground
remains, at this time therefore we will not support fracking.” (Note 8)

However, when we looked for an assessment of the full impacts of the proposed developments we could not find the necessary detail, neither in the plan, nor in the voluminous supporting documentation. We have submitted two separate Freedom of Information Requests asking for the data and details of the methodology (Note 9). They have been refused on the grounds that the information is there in the documentation. We have checked and it isn’t. Maybe you can find it where we have failed (there is a vast amount of documentation!).

When a plan is prepared for the purposes of town and country planning or land use it is legally obliged to undertake an assessment of the environmental impact of the plan. The Strategic Environment Assessment (SEA) is required to describe and evaluate the significant effects on the environment of implementing the plan and any reasonable alternatives, taking account of the plan’s primary objectives.

However, we fear that the apparent lack of such detail suggests that the SEA (which forms part of the Integrated Assessment of the plan and is an integral part of the plan itself) has not been conducted to the standard that is required by the legislation and guidance on climate change and planning.

In its analysis of the competing spatial strategies, the SEA arrives at the counter-intuitive conclusion that the plan makes a positive contribution to reducing greenhouse gases. By way of contrast, the SEA argues that an alternative spatial option that proposes the integration of public transport with housing development could cause the public transport system to exceed capacity, potentially causing an increase in greenhouse gases. It is curious as to why a spatial strategy that proposes no building in the Green Belt and is proactive in promoting a reduction in the use of private transport is judged more harshly than a spatial option that bakes in dependency on private transport and takes out carbon sinks.

The methodology by which these conclusions were arrived at is not provided in the documentation, and neither are the underlying metrics of the assessment. The opaqueness of the SEA compares unfavourably with the transparency of environmental assessments undertaken elsewhere in other parts of the country. In Cambridge’s Local Plan, for example, the SEA calculates the projected carbon emissions for each spatial option, and arrived at conclusions that contradict those reached in Places for Everyone: they discover that coupling residential development and public transport leads to approximately 20% lower carbon emissions than a strategy that promotes car-dependent development in the Green Belt. (Note 10)

Arguably, the most shocking omission from the SEA is the absence of Greater Manchester’s headline environmental objective, the 2038 target for carbon neutrality. Since the plan runs up to 2037 then this is the plan that must take us there.

In short, the assessment does not appear to have been conducted objectively and the conclusions seem to be biased by pre-determined outcomes. A BBC report recently surveyed 136 councils across England and found that a third support policies that are inconsistent with climate goals. (Note 11)

Given that all ten councils within Greater Manchester have declared a climate emergency, we suggest that it would be prudent for the GMCA to withdraw its Places for Everyone Plan, review these critical matters and re-submit it with climate and social safety uppermost. Maybe the Planning Inspector will reach the same conclusion.

Featured image: Places for Everyone – The Plan