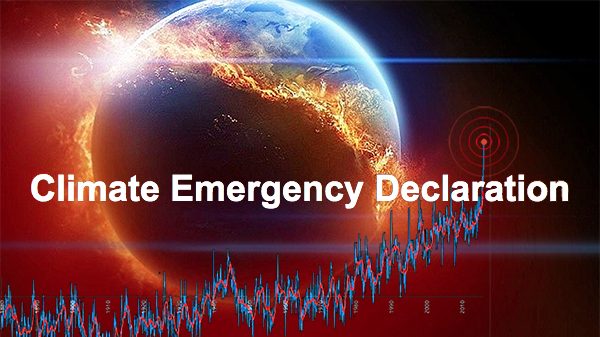 Manchester declaring a climate emergency in 2019, and increasing climate anxiety amongst the public has resulted in an increased level of climate activism in the city.

The IPCC climate crisis report released in February has added to the climate anxiety, with its documenting of the widespread and pervasive impacts on the natural world and people caused by increasingly intense and frequent, droughts, wildfires, heatwaves storms and floods. With some of these impacts now irreversible, it ups the ante for activists to act to prevent further catastrophic climate change.

When people think of activists, they tend to imagine die-hard young people dedicating their lives to their cause, or retirees finding new purpose in banner making and peaceful protests.

Climate Emergency Manchester breaks the mould of the stereotypical activism group – all members of the core team have full time jobs and commitments outside of the group, and most don’t have backgrounds in eco-activism.

“I’m not a climate scientist – I’m actually a historian. I think it helps, when explaining the climate crisis to people, that only a couple of years ago I was encountering these issues for the first time,” said Chloe Jeffries, a member of the core team.

“Even though being a historian doesn’t seem relevant, knowing that you need to keep remembering the past does actually come into it.”

Hannah Jewell, another core team member, is a former youth activist. Speaking of her reasons for joining CEM, she said: “I think it’s almost impossible not to care [about climate change]. It’s like asking why do I breathe? It’s because I have to.”

Hannah is unique to the core team, as she has a degree in Environmental Science and currently works in the climate sector. Despite having a background in both activism and climate work, she found that traditional activism was becoming overwhelming for her.

Climate Emergency Manchester believe they can make more of a difference by working on a city-scale, community level, which again sets them apart from many environmental campaigns which tend to focus on the national and international picture. A post on the CEM website in 2020 makes it very clear that promises and targets are not being met in Manchester when it comes to tackling climate change:

The CEM strategy of focussing on local authorities has already seen success. A petition and lobbying campaign by CEM for Manchester council to create a 7th scrutiny committee for climate and environment, led to the council restructuring the Neighbourhoods and Environment Scrutiny Committee to provide a greater focus on addressing the climate emergency

Part of their work involves teaching the community to use their voice, whether that be for CEM or for a different cause. Through different types of workshops, they teach essential skills for activism.

“We prefer activists to campaigners. It isn’t just about campaigning,” said Chloe.

“What the past years have shown is that you don’t just need to get out on the street. There’s been times where all we could think of was to stand in St. Peter’s square with a banner, and at points that wasn’t even possible. It’s definitely led to diversifying and finding different ways of organising.”

Skill-share workshops are part of CEM’s activist tool kit, which range from teaching people how to put forward Freedom of Information requests to conversation skills that will get policy makers on your side. Hannah leads the language sessions, teaching skills such as active listening, tactical empathy, and mirroring.

“When you’re doing good influencing, you want to feel like you’re on the same page, working together to do something. That’s the way that you can get your MP to go much further,” she said.

Alongside the language sessions, CEM produce a number of reports per year based on promises made by local governing bodies, tracking their progress and holding them to account.

“Our message is deeds, not words. Manchester is very good at the words – the glossy documents, the rhetoric. To the casual observer, it seems like things are going great,” Chloe said.

“Part of it relies on people forgetting; there’ll always be something else that you can announce or launch to distract people. And if there weren’t people like us tracking this, it could work.

“I like to say holding to account, because that really fits what we’re doing, not just putting the pressure on.  We particularly follow the public bodies where information about what they’re doing should be transparent and they should be following up on their promises.”

Climate Emergency Manchester’s work is not just done by the core team, one of their key strategies is “connecting concerned citizens” who are also worried about the lack of progress tackling climate change. Whilst the core team lead all projects, concerned citizens volunteer their skills for as much or as little work as they can commit to; some are completely new to activism, whilst others are returning to it. There is no pressure to continue volunteering after you’ve done your part, as per their “no emotional blackmail” policy, the only rule is that you complete whatever task you’ve signed up for.

“In any one report, there’s a mixture of the core group, people who have chipped in before, and always a couple of newbies. Some people love the research, like myself, whereas some people are demon proofreaders,” Chloe said.

They try to fit volunteers to tasks they’ll enjoy, even if that means sending them elsewhere to help other organisations.

“We’re always happy to signpost people to where they can get involved. It’s not an ego-trip recruitment drive,” said Chloe.

“Some of the material is really quite alarming, so if you can’t make this enjoyable, it’s not going to lead to wins.”

Some of CEM’s work requires specialist knowledge and skills, particularly when researching the climate science. They make the effort to work with experts in all relevant fields, including medical professionals, food production workers, and specialist researchers. Their 2019 Deeds Not Words report, released in the wake of the climate emergency declaration, contains input from Professor Kevin Anderson, chair of energy and climate change at the University of Manchester.

One of their main focuses for 2022 is on health and the climate crisis, as discussed at the COP-26 summit. After reading the 2021 Manchester city council health report, they were disappointed with not only the amount of information regarding mental health and climate change, but also the way in which it was presented.

“The evidence that they had was three quotes from the climate youth board – all young people who are already heavily involved in climate action. It doesn’t seem to be getting at the scale of the problem, and at all of the different groups who are affected,” said Chloe.

According to research by the Office of National Statistics, there was statistically very little difference in the proportion of each group who were “very worried” about climate change, which means that having the majority of resources aimed at young people isn’t tackling the problem effectively.

To challenge this, CEM began to create resources with a wider audience in mind. Core team member Calum McFarlane created a webpage entitled “If you’re freaking out about climate change (especially if you’re a parent)”.

The site is based on McFarlane’s own personal experience of being a parent, and he welcomes helpful contributions from other parents. With tips on how to explain the climate crisis to children and access to helplines and other organisations, the site supports some of those who were not recognised in the MCC health report.

“It’s really easy to end up not including all of the voices that need to be included, especially when talking about climate change,” said Hannah.

“I don’t want to be one of those groups that are exclusively white and middle class, but sometimes that’s inevitable – because with privilege comes the time to do this work, and to not be turned away by councillors when you talk to them.”

Speaking on the reasons why she was doing health reporting work, Hannah said: “Our project shouldn’t be like that, and there’s no place where that’s more important than health. The health and social care sector is already doing some of the work against health inequalities, and even when they’re doing that imperfectly, they’re doing more than the climate sector is.”

Hannah’s work includes a blog post written in November 2021 as news broke that a Canadian doctor had diagnosed a patient as “suffering from climate change”. The patient, who was struggling with existing conditions, was suffering extreme dehydration and breathlessness. Dr Kyle Merritt, who gave the diagnosis, said: “If we’re not looking at the underlying cause, and we’re just treating the symptoms, we’re just gonna keep falling further and further behind.”

Climate change is becoming the cause of more and more health problems, including diseases, heat stress, and natural disaster injuries; a detailed list is laid out in the Healthy Climate Prescription letter sent to the COP26 summit. However, whilst physical health has been a leading argument in this year’s summit, mental health was given minimal coverage.

The effect of climate change on mental health is rarely recognised by officials, let alone prioritised, which creates further health inequalities between those whose problems are recognised and those whose aren’t. In between reports, research, and policy work, the core team partake in a creative writing activity to bring attention to the emotions that climate change can evoke.

“This is really important now, and it’s getting more and more important. One thing that we’ve done is an infrequent series within the core group – we call it Emotional Rescue,” said Chloe.

The blog series Coming to Our Own Emotional Rescue involves the team picking one emotion – such as anger, fear, or hope – and focusing a short writing session around it. The pieces are published online and occasionally the team receive readers’ responses, which they hope is opening the conversation about the emotional effects of climate change.

If you or someone you know is struggling with mental health, resources can be found at the Climate Emergency Manchester website or at Mind. Alternatively, you can talk through your worries on helplines such as the Samaritans.

In article images provided by CEM