By Guest Writer | 8 February 2020Friends of The Meteor 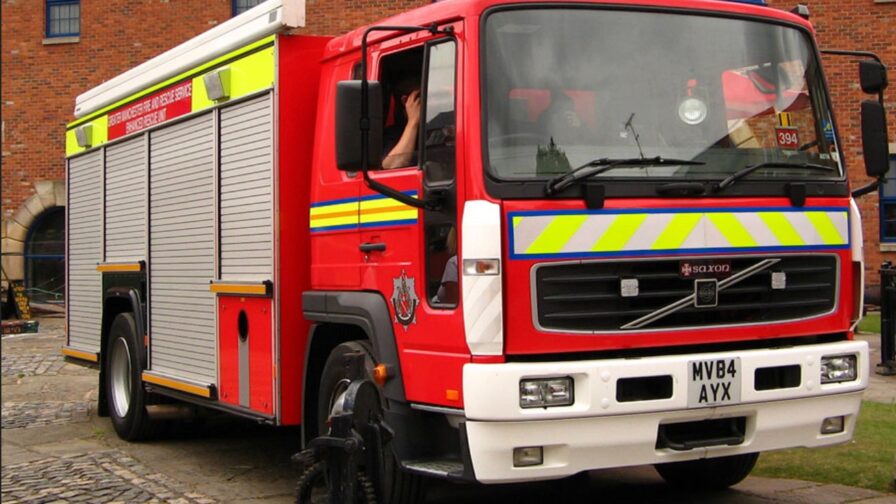 Greater Manchester Mayor, Andy Burnham, has deferred some cuts to the fire service through adding an additional £6.25 increase to the Mayoral Precept within the Council Tax.

But a letter to firefighters from the Fire Brigades Union (FBU) seen by the Salford Star, states that that “these apparent concessions are only guaranteed for the next financial year, and will leave ‘fire cover’ across Greater Manchester depleted and our members forced to crew appliances at levels known to be unsafe by the FBU…”

Recently, Greater Manchester Mayor, Andy Burnham, has gone on the attack, accusing the Government of reducing the fire grant to the region by 30% over the last decade. As a result of this, he had planned to cut staffing levels on pumps, lose second fire engines from various areas, including Salford, and to merge two stations into one in areas like Bolton.

Now, following the horrendous fire at The Cube in Bolton and the Grenfell Tower Inquiry findings, Burnham has deferred a number of the cuts including ‘maintaining current pump [fire engine] numbers at 50 from April 2020’; and ‘delaying the proposed change to crewing levels of 4 4:4 for the next financial year, therefore maintaining current crewing arrangements of 5 4:4’…

And to pay for it all, there’s to be a £6.25 increase in the Fire and Rescue Service element of the Mayoral Precept within Council Tax band D properties (other bands vary).

However, the merger of Bolton’s two fire stations into one still remains as a proposal, Salford isn’t going to get back the fire engine cut in October*, and the Fire Brigades Union (FBU) is fuming…

“I can confirm that the FBU do not consider this Mayoral decision as a ‘win’ for the Union, firefighters or the public” says Gary Keary, FBU Brigade Secretary in a letter to his members “We have recently lost six pumps and the service plans to ride 5/4/4. Additionally plans remain in place to reduce the number of stations within the Brigade from 41 to 38, bringing further pump losses.

“It should be noted that these apparent concessions are only guaranteed for the next financial year, and will leave ‘fire cover’ across Greater Manchester depleted and our members forced to crew appliances at levels known to be unsafe by the FBU” he adds “The FBU will continue to fight back against all cuts to our Fire Service in Greater Manchester, we are the conscience of the Fire and Rescue Service and we must put the safety of our members and the public first!”