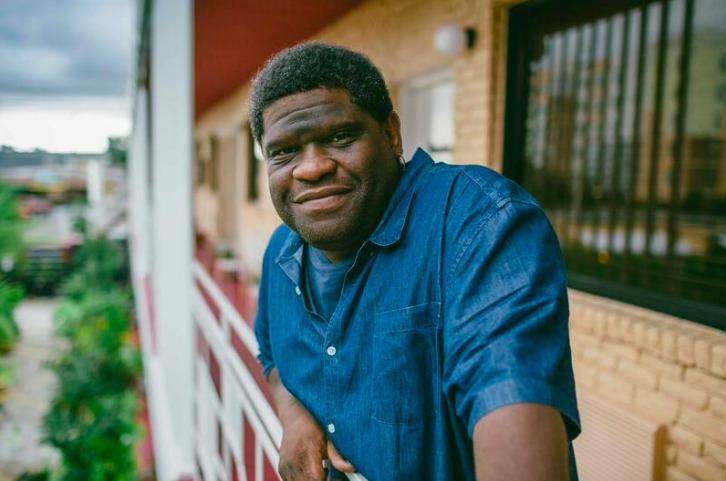 “Politics is the art of the possible” was the pragmatic stance of German leader Otto Von Bismarck. If that is the case, “then radicalism demands creating and demanding new possibilities…We must dream of the world we want and then fight for it,” said Gary Younge, in his stirring opening statements at an event exploring the topic of enabling collective progressive change in society, hosted by the Manchester Literary and Philosophical Society.

The award-winning author, journalist, broadcaster and academic is the second speaker in the University of Manchester’s Young People’s talks. The Young Person’s section of the Manchester Lit and Phil society aims to prepare young people to “make a contribution to a world we don’t know yet” by providing access to world-leading expert thinkers and educators, alongside encouraging positive societal advancement through cultural discourse.

Speaking at a hybrid in-person and online event at the Manchester Conference Centre, to a room that would have been a packed out pre-Covid, but now contained a scattered audience, Younge said: “The Covid pandemic laid bare both our vulnerabilities and potential” and revealed our common humanity and mutual dependence”.

Growing up in the early 70s, when Britain’s labour and housing market were rife with racial segmentation, Younge shared the power of his mother’s unconditional hope.

“As a child, my mother used to put on a song, Young, Gifted and Black by Bob & Marcia, put my feet on hers and dance us both around the living room. ‘They’re playing our song, she said.’ She was barely 30, and I was the youngest of three children she raised on her own.

“There was no evidence for her optimism in a country where racism was on the rise and economy was in the tank… and so we danced around the living room, singing ourselves up, imagining a world in which we could thrive, but for which we had no evidence or great expectations.

“My presence here at this desk or my job as a professor…wouldn’t be as unlikely as anything she hoped I might have achieved as a child dancing around her living room. Yet, her need to believe in the unlikely, the improbable, even the fantastical was vital precisely because it was necessary. To insist on a future for herself and her children that was as yet not apparent, and here I am.”

Stressing that his life was not a rags to riches “Horatio Alger story” about “rugged individualism”, Younge defined it instead as a route “paved by others” who he did not know.

In an era of post-Brexit-chauvinism – under a government that uses the media to frame immigration as a threat, and to “scapegoat and vilify marginalised communities” – right-wing nationalism promoted an individualist ideology while the pandemic, Younge believes, revealed the value of collectivism:

“Covid presented a challenge to the hard right because there was no individual response to it. It demanded that you care about people you know and act in the interest of society. What is the point in having a healthy economy if people are unhealthy?”

The pandemic exposed a plethora of intersections of racial and economic deprivation, nationally and internationally. And it became clear that, whilst anyone could catch Covid and die from it, some people were more likely to do so than others. Younge said: “The virus did not discriminate, but society does. Being black, brown or poor was a pre-existing condition.”

Deaths due to Coivd-19, and all causes, during the pandemic at opposite ends of the Index of Multiple Deprivation. Source: Office of National Statistics.

Younge pointed out that the majority of ethnic minority groups in the UK “had higher rates of death involving Covid-19 compared with the white British population.”

Alongside the higher risk of death a Greater Manchester Immigration Aid Unit report from 2021 found that migrants and asylum seekers in the UK were more likely to experience hardships during the pandemic due to the Home Office’s hostile environment policies, including putting them at greater risk of domestic abuse. Younge expanded on the risk factors involved:

“Racial minorities were more likely to live in crowded conditions, have to work, and be employed in sectors like care work, nursing, security, public transport, taxi driving, and the gig economy where the transmission was most common. And as such, they fell foul, not for the laws of biology but probabilities.”

This is what systemic discrimination looks like, Younge said, a series of processes that ensure that “wherever there was a pile of deprivation, minorities would be at the bottom.”

Referring to On Fire: The Burning Case for a Green New Deal written by Naoimi Klein, Younge quoted:

“If nothing else, Covid put the light to the idea that late-capitalist societies are incapable of seismic transformations on a deadline. We’ve witnessed the most aggressive government interventions in the economy since the second world war.

“There’s been a significant strain on our economies… and Covid has created greater disparities between rich and poor and black and white.”

Younge said it would be a “terrible shame to have gone through this much pain, heartache and convenience and not learn the lessons,” and that the gruesome inequalities brought to the surface by the pandemic can be used as a “teachable moment” for society.

Racism had been a common theme running through the news cycles of 2021. From the police murdering of George Floyd in May 2021, which sparked Black Lives Matter protests across the globe, to the media’s coverage of Meghan Markle, to the outrage in response to the racist attacks towards three black footballers during the Euros final in July 2021.

“When the nation’s consciousness was raised to issues of racism… we were presented with a clear example of how racism operated through Covid” and how it has been “throughout history, embedded within our institutions and entrenched in our political economy, racism is sustained, as much if not more, by compliance than intent.

“Whether it was a knee on the neck or a ventilator in the emergency room, too many of us could not breathe,” Younge said.

During the pandemic, the country’s labour forces were stripped down to just key workers. Younge described how people were given an opportunity to reflect on which members of society were underpinning late-stage capitalism. “They were nurses, bus drivers, train drivers, sanitation workers, and deliveroo drivers.

“Overrepresented among those that kept us well, fed, mobile and clean were overwhelmingly those, immigrant, migrant or non-white communities who had been demonised previously as scroungers and criminals.”

During the Second World War, the 1948 British Nationality Act provided Commonwealth citizens British passports and the right to work in the UK, resulting in the migrating here to live and helping to build the National health Service and staffing the public transport system. The passing of the Commonwealth Immigrants Act 1962 and 1968 and the British Nationality Act 1981, reduced the freedom to migrate to the UK, and threatened migrant citizens already in the UK with repatriation.

Akala, author of Natives: Race and Class in the Ruins of Empire, wrote:

“These people who came to labour in post-war Britain were greeted by de-facto segregation, verbal abuse, violent attacks and even murder, motivated by nothing more than their black and brown skin.

“Immigration acts put a stop to the British citizenship claims of the non-white Commonwealth, and hundreds of millions of British citizens were stripped of their citizenship and freedom of movement that a British passport gave them, simply because they were not white.”

Home secretary Priti Patel’s latest attempt to prevent immigration through the Nationality and Borders Bill, a legislation which will penalise asylum seekers who arrive in the UK by “illegal’ methods” like travelling via the English Channel, for example, Younge said, drew concerning parallels to previous efforts to deter migration into the UK, and quoted Mark Twain: “History never repeats itself, but it does often rhyme.”

Discussing the injustice of the Windrush Scandal, where the government labelled thousands of legal British citizens who arrived from Carribean countries during 1948 and 1971 as illegal immigrants, Younge said:

“The only lessons they learned from the scandal is they weren’t bad enough. We have the chance to reform our economies and societies with the lessons we have learned.

“We can go back to a system which marginalises and scapegoats, or we can go forward to set new prioritises that values people in the public sphere differently.”

From the success of the civil rights movement to women’s suffrage to legalising gay marriage, Younge emphasised that these achievements were not “the product of time and tide” – they were fought for with “struggle, progress and collective ambition,” and the same can be done today. Younge said:

“If we limit our thinking to narrow confines of our time and place, then we effectively limit our horizons to our time and space. If we reduce ourselves to only what is possible, plausible, feasible and available then we forgo the capacity to strive for what is necessary, fair and just.

“Things change when we make them change, and in this pinnacle moment, the prize will go to whoever can rally the most people and martial the most power behind this idea of what the future should look like.

“So the fact that we can’t see the world we want to create doesn’t mean we shouldn’t fight for it.”