From the Levellers to the Suffragettes: a course on the history of radical women 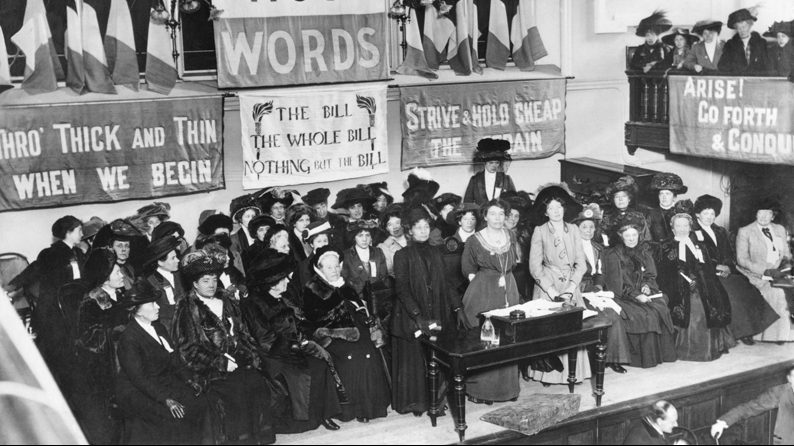 If you want to know more about the role radical women have played in fighting inequality and shaping modern society then this is the course for you. Local historian Michael Herbert will deliver this comprehensive series of lectures on influential women fighting for social justice, with many links to Manchester, starting 3 March.

Manchester is famous for its contributions to political reform and working class history, but have you ever thought about the role played by women in radical politics? Despite the masculine image often portrayed of the political reform struggle, women have been involved in organising, campaigning and representing the rights and interests of ordinary people from the beginning.

A 10-week course, beginning next month, covers women’s involvement in English politics from the Levellers (1640s – 50s) to the Suffragettes (1860s – 1920s). Mary Wollstonecroft and the English radical movement of the 1790s is also included, as well as women’s involvement in various events and political movements including: the Luddites, the Peterloo massacre, Abolitionism, Republicanism, Chartism, and the founding of co-operatives and trade unions.

Women have taken leading and supporting roles in all areas of political reform, but their contributions are often overlooked. On this course you will learn about women’s role in radical politics, and the importance of the North West, particularly Manchester, in shaping British politics and driving social progress.

Delivering the course is Michael Herbert, a local historian specialised in radical, socialist and labour history. His published work includes “Up Then Brave Women; Manchester’s Radical women 1819-1918 and “for the sake of the women who are to come after”: Manchester’s Radical Women 1914-1945.