‘Financial impact has been absolutely devastating’: art venue managers and artists on the Covid crisis toll 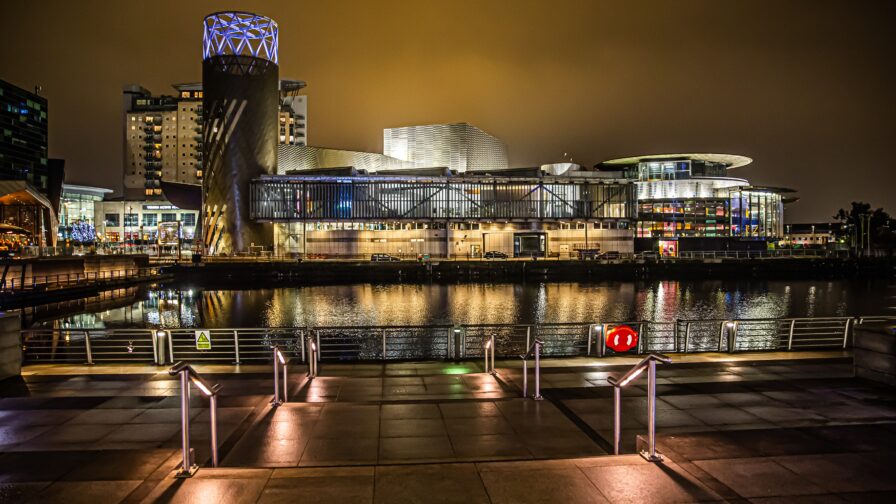 To support struggling creative workers art organisations have joined forces to create the Greater Manchester Artist Hub. Many self-employed and freelance artists have been left without support by the government. Two artists tell of their Covid pandemic experiences.

Entertainers, artists and the sector they work in has been particularly hard hit by the Covid-19 crisis. The closure of theatres and other venues of all sizes has left many of the organisations and individuals involved devastated and unsure of what the future holds for them.  Freelance work is common in the entertainment industry, so The Meteor spoke to two performing artists and the manager of The Lowry arts venue in Salford to see how the pandemic is affecting them.

The entertainment sector represents a big chunk of the UK economy. A report by the Department for Digital, Culture, Media and Sport (DCMC) shows that the revenue of the theatres and music industry was 2.3 billion, and that together they employed 481,000 people, in 2018.

The majority of this entertaining economic activity ended the moment the Covid-19 pandemic and  the first lockdown was announced on 23 March 2020. Overnight we had to get used to social distancing and all the usual activities with our colleagues, friends and family we took for granted, had to change.

The Office of National Statistics reports that after the hospitality industry, the entertainment industry was the second hardest hit in 2020 with a 44.5% drop in GDP in the second quarter compared to the previous quarter. This hit will be in part due to 70% of entertainment workers being furloughed in 2020. These discouraging national statistics are also being played out at a local level, where many artists and venues across the Greater Manchester region are struggling.

Julia Fawcett, chief executive of the The Lowry in Salford Quays, spoke of the huge toll the pandemic imposed on the theatre and its workers, saying the:

“Financial impact has been absolutely devastating, we lost 95% of our income, but we have been able to apply for the government emergency funds for the arts. We took advantage of the furlough government scheme and we have been supporting our staff throughout.  We also had a voluntary redundancy scheme, but less than 10% took this option. Of course we are conscious that those measures don’t support freelance artists which are already precarious.”

The Lowry theatre employs about 250 technicians and curators, plus the companies of artists which change all the time and around 250 volunteers which support the activity of the theatre. The theatre works and interacts a lot with the local community and over the last year it made a big effort  to carry on the activities they do with vulnerable people.

This was made possible by using government support. The £ 1.57 billion rescue package the government provided last year mainly helped large theatres and major venues, which certainly employ many artists and technicians, but it left many art sector freelancers without aid at a time they were seriously struggling to find work.

Neil Glasgow, 35,  is a Scottish self-employed voiceover actor, based in Nottingham, who works nationwide. He saw his workload and his income reduced by half during the pandemic. Even so he is among the lucky ones.

Neil has been able to keep working due to the versatility of his job and because he already had his own studio, where he can produce his own work for companies all over the country.

In this difficult moment this gave him the freedom to save on production costs.

Even though the amount of work has shrunk, Neil has managed to secure projects with two international companies in Italy and Australia and has diversified his activities producing voiceover for different kind of productions. During lockdown he created his own Youtube channel where he offers support and advice to other artists who use their voice.

He was unable to apply for any government financial support, because none fitted his specific circumstances. He has had to rely on his own resources, connections and capabilities to see him through. Neil says:

“I wanted to apply for support, but I didn’t meet the criteria requested… I therefore had to use almost all the savings that I luckily had been able to save the previous year. My wife is a teacher so we also could rely on a regular income, but I know artists who had to pick up a different job or had to sell their own stuff to pay their bills.”

Many people coming from the event and entertainment sector have had to develop other skills in order for them to pick up other jobs or use their skills for creative projects in a different way. In November The Meteor reported on a project where laid off theatre and event workers were retrained by the Retrofit Get-in project to improve housing energy efficiency, thereby making the homes more carbon neutral and helping to combat the climate crisis.

Live music and the venues that host it have been particularly hard hit by the Covid-19 lockdowns and restrictions.From the Manchester Arena to local pubs, gigs and live performances have been cancelled or postponed, and postponed again.The UK Music Venue Trust (MVT) estimated that 93% of grassroots venues are in danger of closing permanently, while 86% are not able to pay the commercial rent. In July 2020, when the MVT report was released, the forecast was that 90% of music festivals would be cancelled. It is quite safe to say now that those high forecasts will most likely be exceeded.

Callum Richards, 23, is a musician, from Warrington , who performed with his band Offshore in many venues in Manchester and at music festivals across the UK. The first lockdown saw all gigs and festivals cancelled, so Callum and the band found themselves without their primary source of income. At first they focused on the creative process, thinking that the pandemic would soon be over, but the reality soon turned out to be different. Callum says:

“From the way artists have been treated since the beginning of the pandemic, I get the perception that not many people know the importance of music industry for the economy, because when we work, it is not only us to benefit, but also small venues, distribution industry, illustrators, photographers. Music is a sort of cross-art, everyone benefits from our job.

“We tried to apply for government financial help, but we didn’t qualify to get any financial support.

I decided then to apply  for an apprenticeship in digital marketing which will give me an income for the next 12 – 18 months and a qualification and will be valuable in the future to do the marketing for the band.”

In the meantime the band is working on rebranding and has started producing music for platforms on line, writing songs and thinking up new projects, and doing the obligatory zoom meetings, which Callum is not keen on:

“We tried to meet up when it was possible, because I need to talk in person, it helps my creativity… For the future I keep positive, even though the music will never take the back seat I will have less time while I am doing the apprenticeship, I hope we will be able to get up and running again, with festivals, publishing new songs and releasing some of them on Spotify.”

The Meteor is registered as a specific type of co-operative known as a Community Benefit Society. We are registered with the Financial Conduct Authority (FCA) under the legal name of The Manchester Meteor Limited, with the registration number: 8151. The Meteor’s entry on the FCA’s Mutuals Public Register is here.

Solidarity between artists is now filling the gap left by the government. Some cultural institutions including The Lowry, HOME, the Royal Exchange and several others have moved to the rescue of artists who have been left behind, says Julia Fawcett:

“We came together with 13 other art organizations to raise a fund Greater Manchester Artist Hub  , where there is a system to support the independent artists sector. I know that many artists are really struggling, there is also the mental health issue that artists have been facing which has been devastating.”

The Greater Manchester Artist Hub offers financial support through scholarships, advisory sessions and other kind of help to those artists who are not part of the lucky group that have access to government support.

Looking to open again, venues will need to put in place safety measures.  The Lowry has already prepared the building to host its audience in a total different fashion that it was before Covid, Julia Fawcett explains:

“We invested quite a lot in sanitising the building and putting screens up for staff and training them to have clear procedures to operate in a way as safe as possible… We arranged different times of arrival, we did the temperature checks. In our auditorium that usually accommodates750 seats, we managed to reduce the number of seats to less than 700 to comply with the government indications.

We also sold the tickets in bubble and we made sure that we meet the criteria given by the government.

“During the one day we have been able to open our gallery we tried the measure that we put in place. To plan for the future is part of the challenge, but  I also believe that the behaviour of the people is important. There is a great appetite for live experience, at the moment…We all have a role  to play in showing the audience that it is safe for them to come back. If we can communicate that well, the demand is already there.”

After such a long time where the only entertainment possible have been TV, radio, streaming video services and books, live entertainment has never been more needed. It has been taken for granted but the pandemic has brought into focus how much we rely on live entertainment to provide spice to life and make it fun. When we can again gather in a large crowd of people, sing along, chant and whoop while sharing the enjoyment of the live performance of artists we love – we will know the pandemic is over.