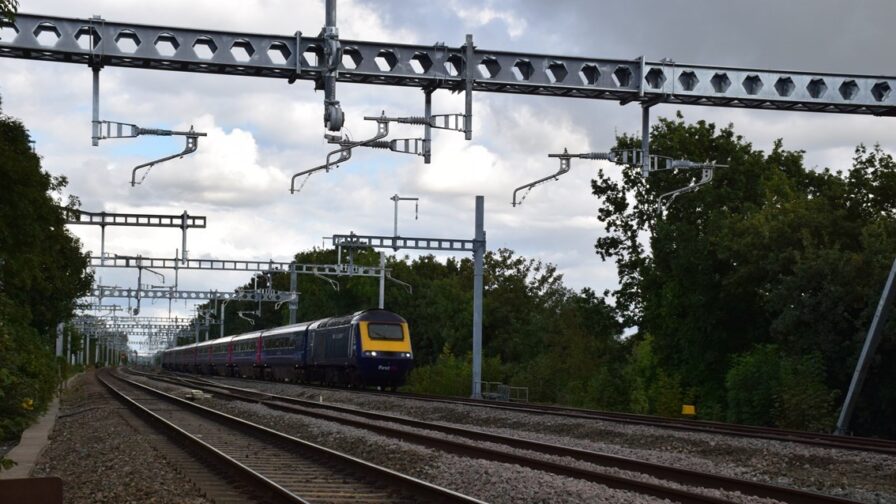 Electrification of the Wigan to Bolton line, first announced in 2013 at a cost of £37m, is predicted to cost £78m in announcement today and will be completed by 2024/25.

A major electrification upgrade of the Wigan to Bolton railway line has been announced  today by rail minister Chris Heaton Harris, who says the work will provide greener, more comfortable and reliable journeys for rail passengers in the region.

The £78m budgeted for the work will see the 13 miles of track between Lostock Junction near Bolton to Wigan North Western Station upgraded, helping rail providers make the switch from carbon dioxide emitting diesel trains to electric rolling stock. The plans also include the lengthening of platforms to allow longer trains to service the route. Work is expected to be completed by 2024/2025.

“To help the region recover from the pandemic, we’re turning over a new leaf thanks to the £78million investment to electrify the railway between Wigan and Lostock junction.

This latest good news on electrification of Northern railways comes after years of prevarication by government on upgrading the regions rail network. The electrification of the trans-pennine route between York and Manchester was first announced in November 2011. It was postponed by government in 2015, to be reinstated later the same year. Piecemeal progress continues on the trans-Pennine upgrade but a commitment of £317m to the project this year still does not include plans to completely electrify the route. Currently the plan is to electrify the western portion as far as Stalybridge and then east from Huddersfield to Leeds. The cost involved in electrifiying tunnels is the major reason underpinning long railway tunnels, such as those running underneath the Pennines, remaining unelectrified in the current plans.

These delays to electrification also apply to the Wigan to Bolton railway line, which was first announced by the Department for Transport in 2013, with a completion date in 2017 and at a total cost of £37m, which is £41m less than today’s announcement.

The Bolton and Wigan line upgrade will begin in Autumn 2022, modifying 17 bridges, two level crossings and providing 450 new overhead line equipment stanchions to carry the cables. Ince, Hindley and Westhoughton stations will be extended to cater for six carriage trains and reduce overcrowding at peak times.

“The electrification of the line between Wigan and Bolton will make a really positive impact for the North and will help us give our customers better journeys on greener trains.”

“In the past 18 months we have made significant improvements to the Northern network with a fleet of 101 new trains, refurbishment of our older trains and enhancements at stations. Today’s announcement provides further evidence of the rail industry’s commitment to improve and modernise our services and infrastructure to benefit passengers and the environment.”

Network Rails increased rate of electrification of railway lines suggests we are heading in the right direction regarding upgrades. Between 1997 and 2010 they laid just 60 miles of single track electrification, whereas in the last three years they have laid 700 miles of electrified track.