DWP: Are you poor and over 60? Get to work or drop dead. We’re here to help etc

By Guest Writer | 7 October 2022Friends of The Meteor 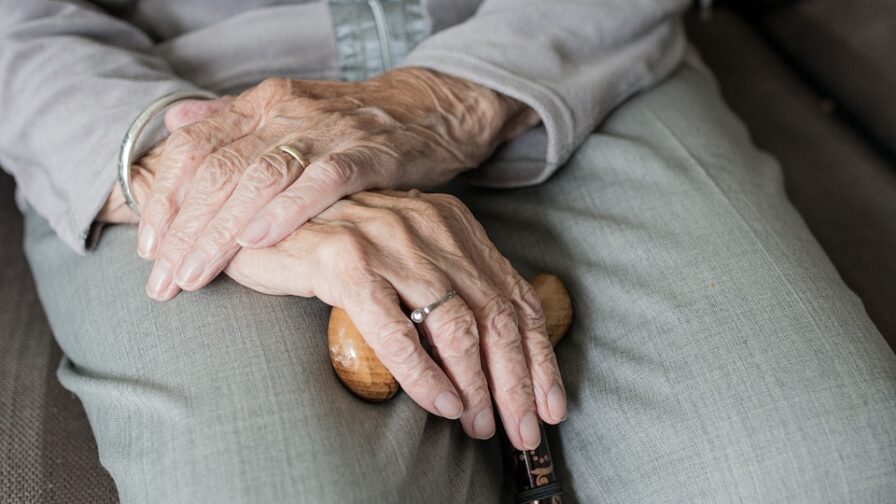 This week's Friends Of The Meteor guest article is by Kate Belgrave, who visited Stockport's brand-new jobcentre and spoke with attendees about the farcical rules that jobseekers almost at pension age must follow to qualify for Universal Credit.

Stockport has a second jobcentre now, so that’s where I’m taking you today.

We’ve been hearing about this second jobcentre for a while.

We’ve also been hearing that this second jobcentre is the one through which older universal credit claimants are now funnelled. I have wondered for a while what this second DWP location offers older benefit claimants that the first one doesn’t: probably a one-way door, a Dignitas popup and maybe a line of large freezers out the back. Sounds a bit bleak when you first think about it, but as the morning goes on and if you’re over 50 yourself, you kind of find you start to warm to it. Talk to a few oldies who must sign on and follow the DWP’s ridiculous fit-for-work and jobsearch rules, and you do begin to wonder if the fast track to an eternity in cold store is actually the better option.

For example: I’m speaking this morning with Norm, who tells me he is less than a year away from pension age.

Norm has problems with function and numbness in his arms and hands after years of technical work, and an accident which hurt his spine when he was young. He’s trying to get an appointment with one of the neurology departments round here, which is in itself proving a bigger challenge than Norm was looking for. He says that to start with, he has to get an appointment. If he does get an appointment, he has to wait at least a year for it. Lastly, he has to not croak before his appointment and/or pension age finally roll around – always an added pressure when your twilight years coincide with a Conservative government. I’m beginning to feel a bit of that pressure myself.

On the jobcentre and signing on for universal credit front – a little while back, Norm had a work capability assessment. This resulted in a report that turned out to be more a one-liner than a finding: Norm was told that he was fit to work as something, but nobody had any idea what.

“They’re saying that I’m fit enough to do some kind of work, but they don’t know what it is,” he says, rolling his eyes. We both know that nobody knows what it is, because it doesn’t exist. Norm knows and I know and everyone knows that nobody’s going to hire a man with health and mobility problems who is less than a year from retirement age. We can only imagine what kind of employment Liz Truss et al have in mind with rules that propose there’s work for older people who can’t move much: probably live organ donor, or a part-time gig to 3D print your own hearse. I’ll let you know, because I’m heading towards the time when I find out.

Needless to say, the older people we speak with today have been told they’ll be sanctioned if they don’t attend jobcentre meetings to explore the above-described sort of opportunity.

We chat for a long time with a woman who is 60 and who lost her job during the pandemic. She’s signed off sick as well, but, under threat of sanctions, has been told that she must attend the jobcentre for help to find employment that will pay her beans until she reaches retirement age – a target that I’m not 100% confident she’ll hit, because she’s already struggling with a racing heart and panic attacks (neither of which she had before she started claiming universal credit). I have begun to think that DWP regimes for older people might be our shite version of end-of-life assisted death. If you’re poor and struggling down life’s home strait, the DWP can help you over the line.

This article was originally published at katebelgrave.com