Covid-19 and me: my experience 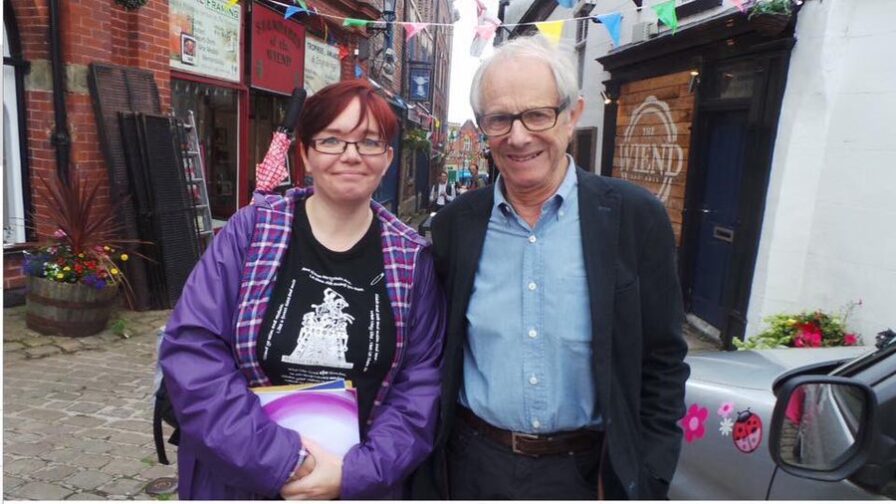 Anti-poverty activist and journalist Charlotte Hughes, explains the experiences and the problems she encountered when she came down with Covid-19 and why she feels that the government let her down.

Charlotte, who has previously interviewed Ken Loach, questions the motivations behind government decisions and how it affects the poor.

Whilst I haven’t had a test to confirm that I’ve had Covid-19 I did have all the symptoms, and this is my experience of it. The past two weeks or so have been very different for me. I had taken my health for granted albeit for my underlying health conditions and I took every precaution that I could have done to avoid catching Covid-19. For a few days before it hit me hard, I had a headache (not unusual for me) a scratchy throat and a slight cough. I put this down to yet another migraine/ headache and a bit of hay fever, so I carried on as normal.

A few days after the headache (which wouldn’t go) and the scratchy throat came the next wave of symptoms. I developed a temperature, extreme tiredness and breathlessness just getting out of bed was a struggle. I did my best to care for my daughter and to appear as normal as I could, but it beat me, and my daughter sent me to bed. I didn’t and wasn’t able to get out of bed for long periods of time, going to the loo was a struggle and I felt like I’d done a 5k run or likewise when I had to go downstairs for something.

I wasn’t hungry, the virus does that to you not only does it take away your sense of smell it also prevents you from feeling hungry. Strange isn’t it.

I can’t remember much about the last two weeks because it all fell into a blur. The worst thing for me is the breathlessness and tiredness. I’m still very breathless and I’m still getting waves of tiredness. I want to get back to normal, whatever normal is these days but I can’t.

There was two days in the middle of the blur when I thought that I was better, not totally but I was able to stay downstairs with my daughter. It was a false hope though because it came back with full force and I was back in bed not able to do much.

How am I now? To be honest I haven’t got a clue. I’m still breathless and suffering from fatigue and I’ve been told that this can take a while to go. Covid-19 affects your lungs quite badly and my body has to recover. I need to allow my body to repair itself.

I did find the whole experience to be scary though. Four nights ago, I was lying in bed wondering if the last breath that I took would be my last. I know that this sounds dramatic but not being able to breathe with ease does this to you. I had to put on a brave face and when my daughter asked if I was ok, I told her that I was. I don’t think that she believed me though.

How am I now? Well I’m functioning and that’s about it. I’m trying to catch up with my social media which has been a blessing for me. Without it I would have felt so alone and even more scared.

A friend took me to collect my medication yesterday. I couldn’t have a home delivery because Boots the Chemist wanted to charge me a fiver I think, and I don’t have that sort of money to spare.

Financially its floored me. I have no money at all because I’ve had to buy things online and rely upon friends which is more expensive than trying to find a bargain like I usually do.

It’s left me feeling very humble and I’m now relying upon food parcels to keep us going. My daughter is missing eating fruit, but I told her that I’ll be able to buy her some in the near future hopefully.

I hate feeling like this, but it is what it is. Friends have helped me and I’m forever grateful to them for being there for me.

I am angry though, I’m angry at the government for not taking Covid-19 seriously enough. I’m angry with them today when I heard that they want to relax the quarantine even though the mortality figures grew again yesterday.

They want everything to open again so that they’re friends can profit from it. Thousands will die as a result of this.

I’m also angry that disabled people have been abandoned amongst the Covid-19 chaos. Many of them are usually housebound anyway and even more are told that they have to stay indoors but aren’t given any support to do this.

Whilst other benefit payments went up by twenty quid a week ESA and PIP didn’t. They desperately need an increase in money to get through this.

Those with money say that it’s  easy to stay at home during the quarantine, that it’s easy to shop online for food. It isn’t though is it. You have to spend over a certain amount to get food delivered and many can’t afford to do this. This then results in them having to go out to the shops and putting their health at risk.

Personally, I still think that the government is covertly still going along with their herd immunity plans. They’ll never admit this but to many of us this is blatantly obvious. Thousands of people have died, we have the highest mortality rates in Europe, yet people are praising Johnson for doing a good job. He’s done a good job of allowing people to die hasn’t he, maybe this is what they’re celebrating.

For anyone saying that Covid-19 is a conspiracy theory, that it’s not serious and the mortality figures are made up you won’t be saying this if you catch it. You’ll  definitely have a shock if you do.

My thoughts and prayers are with everyone that’s suffering from Covid-19, for everyone that has died as a result of catching Covid-19 and to their families having to cope with the loss of a loved one.

First published in The Poor Side of Life, by Charlotte Hughes, 8 May 2020