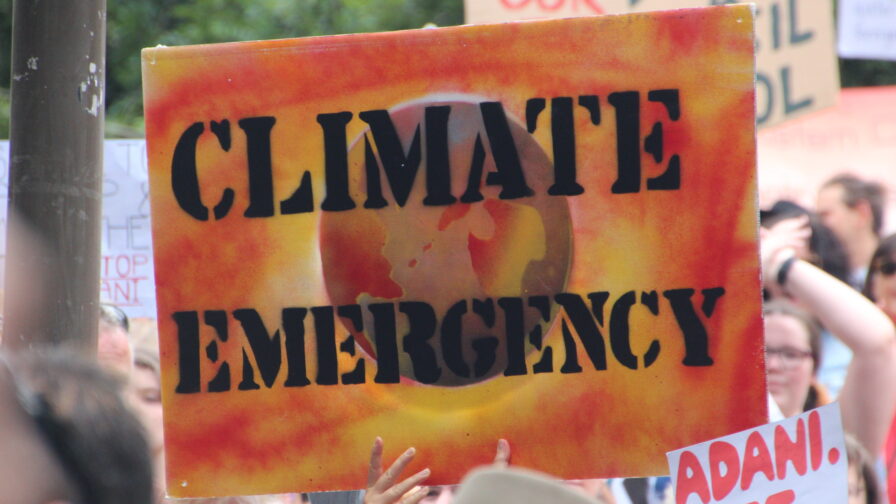 Manchester City Council promises £17m extra funding to tackle the climate emergency and broaden their scope to include aviation and indirect emissions. Councillor calls on national government to set up Climate Emergency Budget.

The airport has also been put at the centre of Manchester’s Climate Change Framework 2020-2025, recognising it as one of three major sources of carbon dioxide emissions for which the Council has responsibility for, or influence in.

At the meeting, Executive for the Environment, Angeliki Stogia, announced additional funding had been identified for tackling the climate crisis, including £15 million for retrofitting homes, £1 million for tree planting, and £1 million for a dedicated team focused mostly on buildings. Stogia gave an impassioned speech calling on the central Government to set up a Climate Emergency budget so local authorities can act more quickly, saying:

“We’ve got a vision for our city, we know what we want to do, we’ve got people behind us that want us to go even faster and the next five years are critical, so I want the government to come up with a Climate Emergency budget this March.”

She argued that although the UK is the first major economy to set a net zero emissions target, this isn’t translating into action, and said “Boris’s plan to give us a pathway towards the UK becoming zero carbon is much much thinner than tackling the coronavirus.” She notes that as the UK leaves Europe, the EU is drawing up a 10 year plan and committing 10 trillion euros to tackling the climate crisis.

The meeting marked a sharp contrast to last month’s chaotic NESC meeting where councillors called out the Executive for lack of transparency and action on tackling climate change. Climate activists from Climate Emegrency Manchester (CEM) believe strides are being made but say, in a briefing paper, that the council’s plans still lack a clear “pathway” and “actions” on how to achieve their stated goals.

The Council also plans to include aviation and indirect emissions in Manchester’s carbon reduction commitments, alongside direct emissions. This greatly increases the proportion of emissions the Council recognises it has responsibility for or influence over.

The Manchester Climate Change Framework says, “We have responsibility to work with UK Government, UK airports and others to ensure that emissions from all flights from Manchester Airport are in line with the Paris Agreement.” Jonny Saddler of Manchester’s Climate Change Agency told the committee few other cities around the world have made this commitment, which factors in flights taken by non-Manchester residents and organisations.

Councillors were positive and receptive towards both the Framework (which provides top-level strategy) and Action Plan, a sharp contrast to last month’s meeting where they called for greater transparency from the Executive. Last month one of the concerns raised was councillors were not given enough time to scrutinise reports. Although the Framework and Action Plan were released less than a week before today’s meeting, the tardiness was not raised by the committee.

Cllr Annette Wright was among those dissatisfied with the scrutiny process and Action Plan last month but called the latest version of the plan “hugely positive”. She said:

“I think we’ve had a bit of a conflict between knowing it’s a [Climate] Emergency and just how long it takes a local authority to be able to do things. But I think everything we need to do is within this plan.” She went on to say, “People have been asking me what we’re doing, and I’ve been able to point them to things within this plan. Some of it is still things we’re working on, but I think we know where we’re heading with it and I think that’s hugely positive.”

The plan also takes on board key recommendations from last month’s committee meeting that were first made by environmental group Climate Emergency Manchester (CEM). These include reporting in tonnes and agreeing to produce quarterly reports on progress made towards meeting climate commitments.

While CEM welcome that the Council have acted on their recommendations, they say the Framework and Action Plan still lack a clear pathway. Chloe Jeffries of CEM says:

“These documents offer a greater vision of Manchester as a zero carbon city by 2038, but they provide no pathway or even actions representing first steps of how partners will facilitate this. In order to scrutinise, councillors need documents with quantification and costing throughout. They also need a plan with a willingness to learn by doing, containing creative and novel solutions that do not wait for central government”.

In a briefing paper, CEM have provided a number of recommendations and called for a fully costed and quantified plan to be brought back to NESC in July 2020. The paper says, “It is still not clear whether the emissions budget will be met by 2025 with the actions proposed.”

CEM also urge the Council to pilot new solutions, rather than carry out feasibility studies and wait for permission from central government. They recommend investigating novel financing solutions with both public and private providers and cite Hackney Light and Power as an example. This is Hackney Council’s publicly owned energy service company that launches this Spring to help meet Hackney’s decarbonisation targets set out when they declared a Climate Emergency last June, a month before Manchester.

Despite CEM’s concerns, NESC approved the Action Plan with Chair Cllr Paula Appleby calling it a “really robust” plan. The Executive will vote on the Framework and Action Plan at the next Executive meeting on 11th March. CEM are calling for a seventh scrutiny committee dedicated to the climate and additional funding to be allocated to climate action including the use of some of its strategic reserves. Their petition runs until 10th August 2020.